With a limited budget, how should I invest between flash power and light modification?

I just bought a yn-622c for my t3i and I want to also pickup the lastolite ezybox 24" softbox.

My main concearn is that the 430ex ii will be too weak to shoot in a softbox from several meters.

Does anyone here use a setup like this and can spill some light for me?

Should I get the best of the best, or start with the basics?

If your subject is 10m away, and your aperture is f/4, then you need GN=10x4, which is well within the range of the 430EX, and likely typical of the shooting conditions most find themselves in.

Now, the trouble comes when you use modifiers, or are trying to illuminate a large scene, where you need more power to overcome the impact of the modifier or situation. This is where the more powerful flashes really help.

In my experience, umbrellas tend to preserve as much light as is possible, especially if you have a silver lined one. Softboxes are shoot-thru, and tend to reduce the light significantly, often forcing the softbox to be very close to your subject. If you had to choose, reflecting umbrellas will provide much more light with flashes than will softboxes.

But, that being said, I have 2x 430EX, and find them more than powerful enough. Two personal examples: 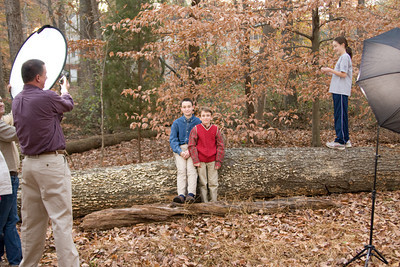 Scene 2: Indoors, dimly lit church (as in dark), had to light a crowd of 40 people. Used two 430EX, 3 meters away, umbrellas, f4, ISO 200. Plenty of flash, in fact, the lighting is harsh due to the contrast. (yeah, lighting is harsh, but I had limited time, and conditions. Even had to shoot at 17mm) 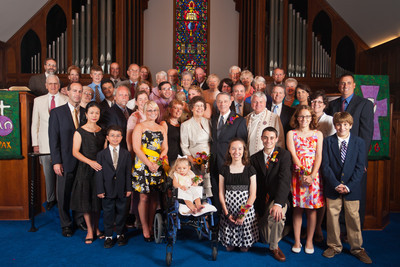 A 24" softbox should be no more than 24" away from the person's head when you are taking a portrait.

I'd personally probably stay away from used flashes unless you trust the flash count provided (no way to verify it on most units). Flash bulbs don't have a particularly high duty count. They start losing power after only one to a couple thousand full power flashes. They take a while to lose significant power, but they do start dropping off very fast.

Personally, when I was looking at this, my solution was to go with a 600EX-RT and then worry about picking up stand, softboxes, etc later. I started out with a small on-camera lumiquest softbox that was cheap and gave me some diffusion. Eventually I plan to get another 600EX-RT and an umbrella or large softbox. I've already picked up a stand to use with my 320EX, but that's only been powerful enough for indoor use. with a relatively small (8 inch or so) reflector.

The thing to remember is that the flash is the expensive part. Under buying on that will likely result in wishing you had more power in the future, particularly if you do a lot outside. Light modifiers are add ons that will work with whatever flash you have. The flip side of that argument though is that if you get a lower power flash (like a 430) then you can always make it a secondary when you get a 580 or 600 in the future.

It's really a question of power early or modifier early. You can go cheap with the modifier to start which is stronger shadow, but more light for when you need it, or you can go cheap on the light and get the modifiers early, which softens shadows, but also means you might not have enough power for some shots.

I know I plan on pulling my 320 out of circulation once I'm able to get another 600EX-RT. The main reason I got the 320 first was actually the video light. I wouldn't have picked it up had it just been a normal flash and I was disappointed with it compared to my 600EX-RT. Not sure if half way between that and the 600 (where the 430 is) would still have been as much of a disappointment, but doing it again, I'd have started at the 600, particularly for outdoor fill.

Beyond that, how you plan on using your first flash both now and in the future will determine which is a best fit. If you eventually want to use radio E-TTL, the 600 EX-RT is the only solution. It can be triggered as a slave by another 600 EX-RT or by the ST-E3-RT. If you are willing to use optical E-TTL (works better in dim light but can be problematic outdoors in bright ambient conditions), the 580 EX II will both transmit as a master or receive as a slave. The 430 EX II (and 320 EX) will work as slaves but not as masters. Some third party triggers such as Pocket Wizard will allow wireless E-TTL with any of the above flashes, but a set costs about the same as a 580 EX II or a 600 EX-RT.

I've read a few online columns that usually recommend buying the cheapest lights you can get by with and spending the extra on the modifiers. This is usually in the context of studio strobes, but in some cases has also been applied to speedlights used off-camera.

Not the answer you're looking for? Browse other questions tagged flash lighting or ask your own question.

7
How do I light a photo booth with a single flash and an umbrella?
2
How bright should a flash be?
8
What's the relationship between flash power expressed as a fraction and as EV?
8
To take my portrait photography to the next level, should I get a second flashgun or a monolight?
1
How to use fixed power flash (strobes) units?
0
How can I improve my clothing photography with a limited budget?
3
Hot shoe flash units and softboxes for portraits; good beginner setup?
0
What's the relationship between flash modes and flash power on the Sony NEX cameras?
7
Taking a still life photo of glass bottles with two flashes