What makes a camera 'weather sealed'?

Weather Sealing is protection of the internal parts of a camera from external influences such as moisture, dust, and humidity. The degree of this weather sealing varies between manufacturers and also within models by each manufacturer.

The protection is provided by both rubber sealing with silicon rings and gaskets as well as design considerations such as interlocking panels and pool resistant exterior pieces. Most obviously buttons such as the shutter release will be designed with either a rubber housing beneath them, or a gasket to prevent the entry of the elements. Sealing is not provided by a single piece of hardware. I have often seen values such as 60-70 silicon rings being used in a typical DSLR body for weather sealing, and 30-40 being used in a battery grip for example.

Weather sealing in all but the most high end professional serious cameras is a relatively new occurrence in the consumer market. One can now commonly find weather sealing even in cameras costing under $1,000 USD if you look for the right models.

Commonly weather sealing considerations are limited to moisture from weather such as rain, snow, humidity, and also dust and sand. I would argue that weather sealing does not end at that, but also includes anything that protects the camera from usage and keeps it working as designed. With this in mind I would also consider features such as magnesium-alloy chassis design, shock protection, shielding against electromagnetic interference, stronger shutter mechanisms, sensor dust resistance, carbon-fiber lip on lens ends, and even special fluorine coatings on the low-pass filters as all being components of weather sealing.

The seals and gaskets highlighted in this image of a Canon 7D is what is considered the weather sealing.

Weather sealing can be described as John Carlson from Pentax described at thephoblographer.com:

“The seals that involve moving parts are constructed from a more elastic material than that used for fixed parts.” says Carlson. “By using a different material we can ensure it operates smoothly while maintaining its seal from dust and moisture.” 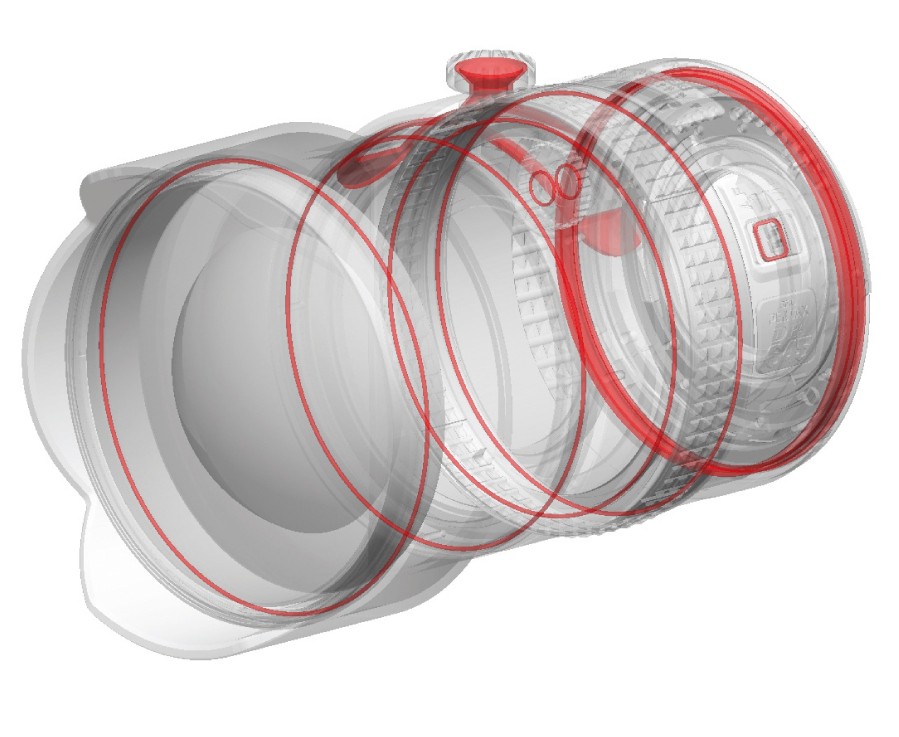 A good definition from Canon can be found at thephoblographer.com:

Chuck Westfall, Advisor for Technical Information at Canon USA states that, “Canon EF lenses that have been enhanced with countermeasures for dust and water resistance are typically equipped with rubber gaskets and seals at key points.

Similarly a definition from Pentax at thephoblographer.com:

John Carlson, Sr. Marketing Manager: “Our weather sealed lenses contain a silicon rubber material which is inserted in between each externally exposed part to ensure it is properly sealed against moisture and dust.”

I found a particularly interesting note about weather sealing of lenses from Roger Cicala, Owner of LensRentals.com:

"I’ve never been very impressed by anyone’s weather sealing. A rubber gasket at the lens mount, waterproof tape over the holes under the rubber, that’s about it. I can see that it would tend to keep water droplets from working their way inside the lens but I can’t imagine them surviving a steady rain – watersealed or not. I haven’t noted any difference in Canon, Nikon, or Olympus high end lenses." 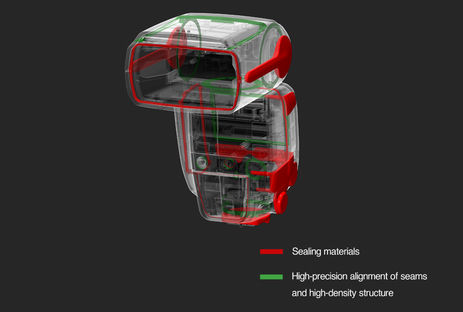 An interesting development as of recently is that some pop up flash units on DSLR's are also now considered weather sealed. Historically this has been a failure point of weather sealing, but some how Pentax has been now offering DSLR's that are weather sealed and also have pop up flashes.

Weather sealing does not mean weather proof. It is uncommon for manufacturers to guarantee any performance based on the sealing. If a camera notes that it is weather sealed, you can be more confident using that equipment in inclement weather such as light rain or snow. Some models exhibit fantastic sealing and can be submerged in water for a time and still perform without issues. Other weather sealed models can fail even after a light spray of mist. I would advise caution unless you are certain that the sealing is sufficient in your conditions, and even then a bit of common sense can go a long way.

It was mentioned above, but I will mention it again here - if you use a non weather sealed lenses with a weather sealed body, you are risking a failure. The inverse is also true, using a sealed lens on a non sealed body can be troublesome. It is recommended to use a fully sealed kit including body and lenses when the conditions deem weather sealing necessary.

Connecting external adapters and or cables can also compromise the sealing. The connection of a USB, HDMI, PC, or other connector can force the opening of a protective cover that would then expose the camera body to external forces. Another issue can be battery grips, that typically require the opening of the battery door to insert the grip. Not all battery grips are weather sealed, and even those that are can negatively impact the weather sealing performance of the camera body.

1) A camera is weather sealed if it has - you guessed it, weather seals. Most importantly on buttons and openings but also along the case. The level of weathersealing varies - and it is also weathersealed not waterproof which some people think it is.

As to it being effective, well, you need to be the judge of that. People have used unsealed cameras in rain before without issues - others experienced a sealed camera failing in bad weather... Weather sealing means your camera is more likely to withstand humidity - it is not a guarantee that it will.

(If you want waterproof, the enclosures one can buy for diving are a good start, BUT they can be as expensive as the camera body itself.)

Not the answer you're looking for? Browse other questions tagged equipment-protection body weather camera-design weather-sealing or ask your own question.

3
Are "weather sealed" gear tested or rated for their sealing?
2
How weatherproof is an average modern lens?
42
What should I consider when using DSLRs in cold weather?
29
What precautions should I take when taking a camera into humid conditions?
15
How do you protect your camera when taking pictures in inclement weather?
22
How do you protect a camera and lens while photographing in rain or snow?
17
How weather resistant is the Canon EOS 7D?
9
How water-resistant are Nikon's weather sealed lenses?
7
Caves and 100% humidity..protection?
11
Which flashes are weather-proofed?
See more linked questions

22
How do you protect a camera and lens while photographing in rain or snow?
18
What's the difference between the levels of weather sealing on DSLRs (e.g. 50D vs 7D vs 5D vs 1D)?
11
Which flashes are weather-proofed?
9
How water-resistant are Nikon's weather sealed lenses?
7
What are the differences between Pentax weather sealings - DA★, WR, AW?
1
How to better protect gear on snowy / rainy weather
1
Is the Canon 24-105mm f/4 lens weather sealed?
0
weather sealing.. and dusty/sandy environments
2
Are typical camera bag materials enough for non weather sealed DSLR in 5 minutes of medium rain?