What should I put in my camera bag for photographing insects (in a jungle)?

I have little to no experience in macro photography and I'm even shakier on wildlife photography. I am planning a trip in a few weeks to a jungle and want to capture high quality photographs of the insects. What would make a good kit for portraits and macro photography of insects? The lighter the kit, the better.

I would like a few specific questions tackled in the answers.

Bonus points for any money saving tips when it comes to specifics on which products to purchase (please remember to add a reason for each product so the answers don't get outdated).

What kind of lens you need largely depends on what size critters you plan on photographing. For butterflies, most larger moths, large dragonflies, praying mantises, grasshoppers, scorpions etc., a 1:1 macro lens is a bit of overkill (though it doesn't hurt to have one). You simply can't get the full body of the insect in the frame at 1:1 magnification, though depending on your inclination, you might be able to get very interesting shots of parts of the animal.

So if you want mostly whole-body shots of larger insects, I'd get a lens with 1:2 or 1:3 maximum magnification, and a relatively large working distance. One of those Sigma/Tamron 70-300mm "macro" lenses might suffice in this case. I have an old (and quite horrible) Tamron 70-300 lens that is awful for most things, but really does take quite nice faux-macro photos.

These lenses have a few advantages, such as relatively light weight, versatility (you can shoot birds as well as insects) and often a very long working distance, allowing you to use the built-in flash without shadowing the subject. The picture below is taken with one of these lenses. 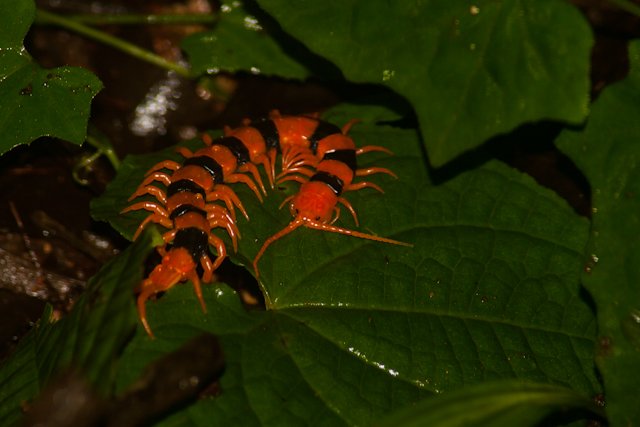 For smaller critters, such as most bugs, beetles, smallish spiders, you really need a true 1:1 macro lens. In general, for this kind of application, I'd default to a 100mm macro lens, preferably with image stabilization. However, if you're really serious about getting photos of shy insects, a 150mm or a 180mm lens might be better because of the increased working distance, though at these focal lengths, image stabilization becomes non-optional while hand-holding. The photo below is taken with a 100mm macro lens. 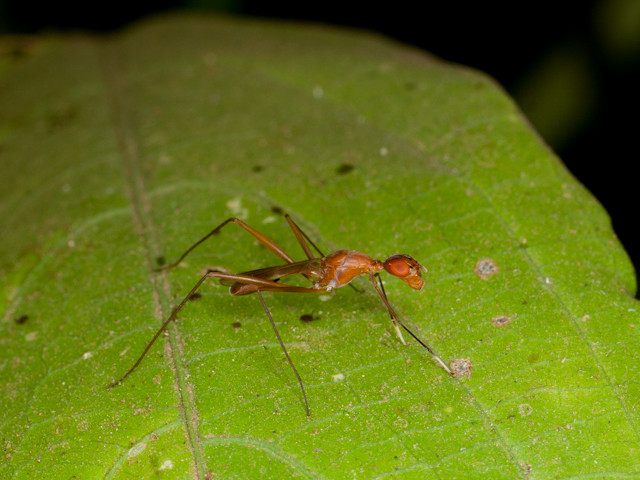 If the insects are even smaller (think mosquitoes or gnats), you will really need to fit your macro lens with extension tubes (or get the Canon MP-E 65mm lens).

In a jungle, you'll find that a flash is indespensable, especially when shooting insects. However, an external flash isn't always necessary (though again, it's nice to have one). In general, the longer the lens, the crappier the flash you can get away with. With my 70-300mm lens, I can get away with just using the built-in flash.

With a 100mm macro at its minimum focusing distance, I really need an external flash so that the lens doesn't shadow the subject. With a 50mm macro at 1:1, I either need to bounce the external flash off something, or use a ring flash (or some other sort of lens-mounted flash).

In the day, the flash can often look harsh, especially when you almost have enough light, so a diffuser helps (or a piece of tissue paper folded in 3 and taped over the flash).

Off-camera flashes can also help, but only with insects that don't move a lot. Otherwise, they'll be gone before you can even begin setting up the flash(es).

Tripods help with relatively slow-moving insects, but with the faster-moving or shy ones, it's often hard to set up the tripod in time to catch them. Personally, I think image stabilization+flash is the way to go most times. A monopod might be an option if the lens you choose comes with or can be fitted with a tripod collar.

For humidity, don't expose the camera to sudden changes in temperature. For rain, carry a plastic bag and an umbrella around. If you want to take photographs when it's raining heavily, drape the camera and lens with a plastic sheet, take your photographs quickly and put the camera away. Or even better, get someone to hold the umbrella for you.

If I go to a particularly humid place, I tend to send my camera in for a routine service and clean after the trip. It'll cost you a small amount, but it's certainly cheaper than getting fungus off the sensor!

Sorry for the mega-post, hope this helps.

First, a question back. What do you have lying around at home so far? Chances are you have most of what you need for (vacation) insect photography already.

I'd say that depends on how jungley you jungle is. It can sometimes be surprisingly dark in a jungle even during the day. I think you will get more use of your tripod for your other photos and not so much for the insect photos. Insects tend to move around so much you that you rarely have the time to set up and benefit from the tripod. But if you don't mind carrying it then bring it along

If we only speak about macro lenses (lenses with a reproduction ratio of 1:1 or higher) then the following applies:

Since you want to take picture of insects, a longer focal length will make it somewhat easier to fill up the picture with a small creature. If you have the money, buy something with image stabilization since it really helps. It is by no means necessary, but nice to have.

If you want to take beautiful pictures of other things and don't want to carry loads of glass around, a telephoto lens often performs really well for insect photography too, since it allows you to get really close. I've taken most my pictures of insects using something other then my macro lens. 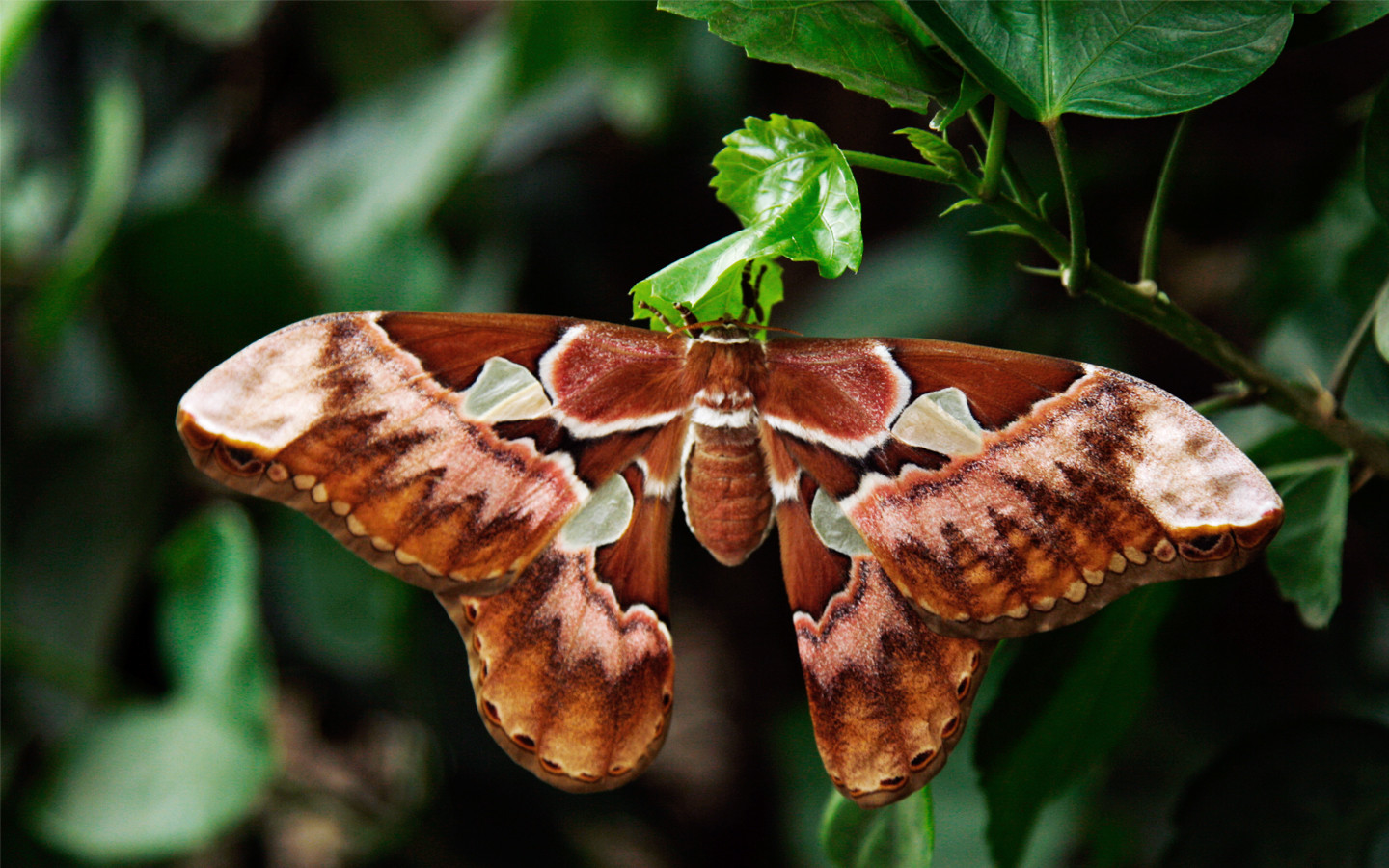 I don't own one, so I'd say no. But then on the other hand I've never taken pictures like this one, and I suppose it could come in handy for small, fast moving insects in a dusky jungle if you have the money to buy one.

Not really. Just don't move the camera between different temperatures too quickly. It's better to let it rest, without battery, or at least with the power off, for 30 minutes to 1 hour before you start taking pictures if you move the camera either from outside to your air conditioned hotel room or from the room out. If you're unlucky condensation can build up somewhere in the electronics and you want to give it time to evaporate.

Plastic bag with a hole or a rain poncho works wonderfully. Or if you're lucky and can get someone to carry an umbrella for you that works really nicely as well.

As other people have already answered about the gear, I'll add the following tip: a few extra silica gel bags! The silica gel bags will help keep the moisture level in your camera bag down and that will provide some additional protection for your gear in a humid environment.

Not the answer you're looking for? Browse other questions tagged equipment-recommendation macro portrait travel or ask your own question.

28
What tips and advice do you have for photographing the Aurora Borealis?
3
How good is Sigma 70-300mm F/4-5.6 DG Macro Lens
8
What do you take on a hike as a landscape photographer?
0
What's the best Macro/Portrait setup gear I should look for?
2
Should I get a teleconverter or 150-500mm lens?
1
What equipment is useful for photographing insects/arachnids?
1
Will upgrading from T3i to T7i be a meaningful improvement for low light photography in the jungle of Costa Rica?