Bokeh of the human eye - How does it look like & vary across apertures and individuals?

Precisely what does the bokeh of a human eye look like?

How does it vary over different apertures and different individuals?

As a near-sighted person, it is fairly easy for me to get some idea of the bokeh of my eyes: just take off the glasses and look at a small, distant, bright light source in a dark environment.

If you do this, most likely at first you will just see some blurry, fuzzy area of light (maybe not far from what you might expect from very low-quality optics). However, once you actually start to pay attention to it, you will be able to observe that there is a lot of structure in the bokeh; there are very intricate patterns, unlike anything you would expect from any reasonable lens.

But then again, our brains do all kinds of strange post-processing, so I am not really sure if what I think I am seeing is a faithful representation of the image that the lens produced. I would prefer not to trust my own eyes here.

I would expect that with the modern medical imaging technology one would be able to actually take a picture of what we see. Has anyone seen such pictures, specifically for the purpose of showing how we see out-of-focus light sources?

Bokeh highlights project the light spots as the shape of the iris, in the human case, pupil. This is round and stays that way when you stop down. A cat would see them as oblong pointy ellipsoids. The next feature that decides the bokeh look at spherical aberrations, which are more difficult to predict. Maybe this component is affected if you use glasses, especially if you need correctional glasses like I have 60degrees on one eye. I found this text:

Apparently we normally do have nice correction and then it should fade towards the edges, like the best of the best lenses. And when you are near and long sighted yours focal length and eye ball distance dont match.

Another study finds a bias towards negative spherical aberration, which makes better defocus (bokeh balls) edges when focusing closer than the object.

I've done some tests and agree that the bokeh ball is near perfect round, but has a texture on it. This must be due to the uneven distribution of receptors, organic matter, and the "blind spot" we have where the nerve connector is.

The third thing that affects the view of the balls is the F number - relative size of the iris to the focal length. Research found that pupils are around 4-9mm depending on age. The focal length (not 35mm EQ!) is 17-22mm depending on how you measure it. This gives a span of F1.8-F5.5, so in most cases we would go around with F2.8-F4.

The balls created by focusing closer then the highlight are rather small and fading to the outside edges, making them seem even smaller than the balls e.g. here at F1.4: 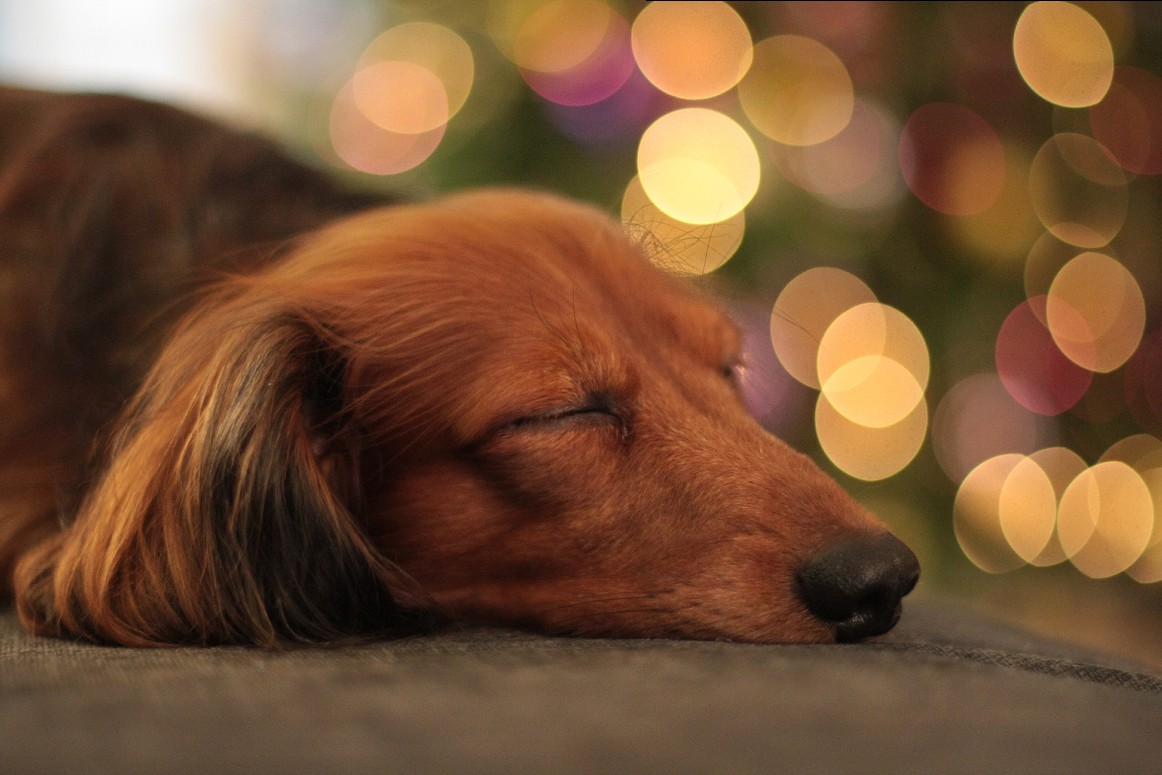 But a laser pointer at 3 meters distance did become a handsized bokeh ball when I focussed at 30cm. My eye that has 60deg correction was not making a uniform ball while my other eye did.

The Focal length is also in the equation:

When using the F number as reference (your F3.5-5.6 zoom is really a fixed aperture lens, and your F2.8 zoom is variable aperture, but fixed F-number), it scales linearly with focal length (mult. crop factor) and the human vision is considered close to 50mm (eq.) , which the dog picture was taken at, so for the sake of simplicity lets not account for that:

So we would see the balls in the dog picture about 20-50% the size, a bit rounder, fading to the edges, and with textures inside.But if you have the highlights closer then your focus, the balls take a hard-edged look and seem larger (probably also due to closeness).

This is all theoretical from my part, so take it for what it is. I might investigate further and update with my findings (again).

I've wondered this myself, but never thought to ask. I'm not qualified to give a good answer, but it seems to me that, as Michael said, the bokeh is projected in the shape of the iris, which is roughly round throughout its range. However you will notice that eye bokeh is not a perfect circle, but rather slightly wavy and irregular. This is likely because our iris, while round, is not a perfect circle either. Since everyone's iris is inevitably a tiny bit different, this means that the exact roundness/shape of the bokeh is slightly different in each person as well.

Furthermore, it seems to me that the irregular quality of the "inside", if you will, of the bokeh is due to the fact that it is essentially projecting what is on the surface of our eye in front of our iris. Since it is common for us humans to have tiny pieces of whatever floating on the surface of our eyes, these may be enlarged in the bokeh to the point of being visible. This seems to be supported by the fact that, if I look closely at my eye bokeh and observe the imperfections within, and then blink a few times, when I check again the imperfections have changed.

Just some off-the-cuff stabs. Again, I have no scientific knowledge of any of this.

P.S. Now you've got me looking cross-eyed around my desk looking at eye bokeh.

When it comes to the human eye, even when widely dilated, our entrance pupil is still fairly small in the grand scheme of things. The blur circles and boke in general for human eyes is probably more akin to a mid- to high-range P&S camera, which may have an entrance pupil several millimeters in diameter at its largest. As most who have pondered this same question about P&S cameras...one would expect boke for the human eye to be rather poor overall, with small, often unnoticeable blur circles.

This jives with my own experiments. Closing one eye, and focusing close with the other with a background that has bright highlights in the distance, I don't see anything resembling what a 50mm f/1.4 lens might produce...I see more of a generally indistinct blur that doesn't exhibit much in the way of blur circles, and what blur circles I think I can observe are very small and still fairly indistinct.

To "see" boke with your own eyes is fairly difficult. The eye is multifaceted in this respect, where only a 2° FoV for our foveal spot has high, detailed resolution. A wider 10° FoV has lower resolution, and the resolution right up to the limits of our total FoV is even lower. The brain's processing engine generally makes things outside the 2° foveal spot and a little bit of the surrounding region rather indistinct at all times, even when looking at distance scenes that for all intents and purposes are at "infinity". The construction of our eyes, our lenses, and the fact that we have a blind spot also leads to otherwise poorer quality boke than one could get from a nice wide aperture DSLR lens as well.

I would say, in a general sense, that boke for the human eye is similar to that of a higher end P&S, with an additional degree of indistinctiveness outside of a 2-5° FoV.

I think I’ve figured out something critical to solve this problem.

My eyes have been really bad (-6.5) since around 7 or 8 years old. I’be attempted multiple times to recreate what I see without my glasses by taking a picture and adjusting it in photoshop. It never works because as you all have said there is some extra textures and noise that general optical and photoshop filters don’t recreate.

I’ve found that if I squint hard at a bright light trying to see without glasses I notice that the image actually has 6 to 8 slightly offset copies of the image at different opacities AND bokeh AND some texture. It’s like the real image is in the middle, and then offset by 3 to 4 millimeters are several copies of the image starting from top left at 90% opacity and goes around counter clockwise where each next optical copy is less opacity eventually getting to around 20% opacity. Add the bokeh to those images and some noise/texture and that seems closer to what I see.

Wondering if everyone sees this same optical offset copies of the image.

Not the answer you're looking for? Browse other questions tagged bokeh human-vision-system or ask your own question.