Why is there a vertical lines pattern in noise?

Take a look at this image (shot with a Nikon D60). The shadows have been aggressively brightened to make the noise clearly visible. If you look closely, you'll see that the noise is not completely isotropic: there's a pattern of vertical lines. 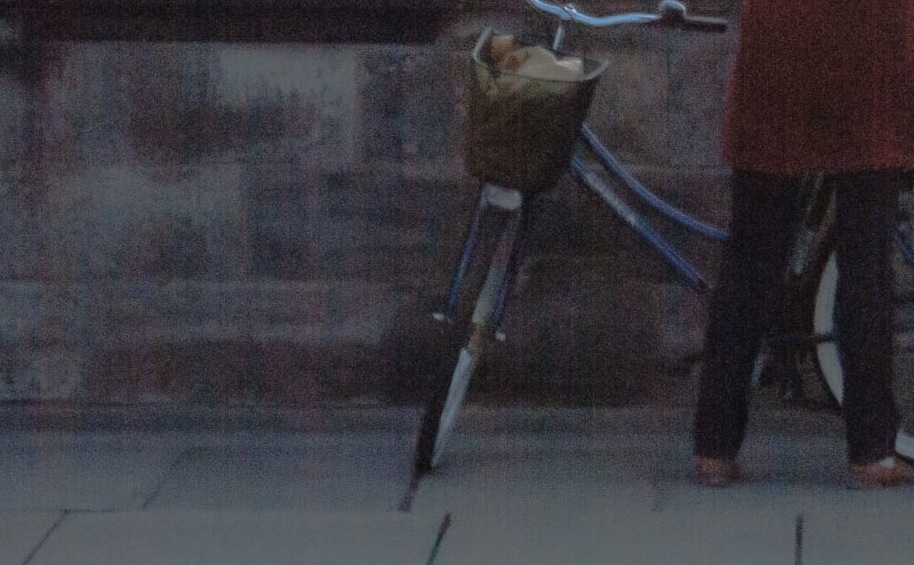 The Nikon D60 uses a CMOS sensor, not a CCD, so it has nothing to do with the read behaviour of CCD devices. (The CCD-type "star and line" noise is more acute, and I don't know of any current OTS tools that can clean it up adequately.)

What you are seeing is called banding, and all cameras using a Bayer or similar matrix will do it to some extent in poorly-exposed areas. It's not usually noticeable unless you are using very high ISOs or are trying to recover a severely underexposed image. Under more normal circumstances, it is well and truly drowned out by the image signal.

I know that Topaz DeNoise (an 8BF-type Photoshop-compatible plugin) has a facility specifically for dealing with banding noise using manually-settable parameters; I would assume that at least some of the other popular noise reduction tools would either offer something similar (but may automate the banding detection). (I've been very happy with DeNoise and have seen no reason to try anything else when the built-in NR in my RAW processor can't handle what's there cleanly.) Sometimes it may be necessary to apply overcleaned (and nearly detail-free) versions of an image in Luminance or Color modes (at various opacities) to the original in an image editor in order to get a decent balance of detail (which is often lost in the NR process) and clarity (which may appear to be entirely absent from the original).

Most of the time, though, it's better to accept and work within the limitations of the medium. As interesting as an image may be, there may be no good way to get it cleanly with your camera (because, say, there's no way to use a slow enough shutter speed to gather adequate light, or subject movement makes HDR impossible), so if there's no deep personal or historical significance to the scene, and it can't stand being simplified and abstracted in processing, it may be better just to pass it by. (That's a matter of maintaining mental well-being.) If you have to pass up too many images, it may be time to upgrade to a more capable camera (all of the current-generation APS-C and full-frame DSLRs are much better in low light than Nikon's 10.2MP CMOS sensor was).

Not the answer you're looking for? Browse other questions tagged sensor noise noise-reduction or ask your own question.

28
Is there any noise difference between averaged and long exposure photos?
12
What is the statistical distribution of sensor noise?
15
Why aren't there any cooled CCD sensors to reduce noise?
10
Is Poisson Noise (“Shot Noise”) a significant source of noise for typical photography?
4
Does median blending / image stacking result in better or worse results than a long exposure?
15
Why is there the illusion of detail in photographic noise?
2
What do I need to change to prevent this denim looking grain/noise in my product photos?
5
What is causing these stripes in my images?
1
Why am I getting horizontal stripes/bands on sensor?
0
weird vertical lines in low light settings on my Canon 70D