How does one create this vintage look?

What program would I need or manual adjustments in order to create a photo like this? What is this filter called? I typically use Aperture as my editing program but would be open to using others. 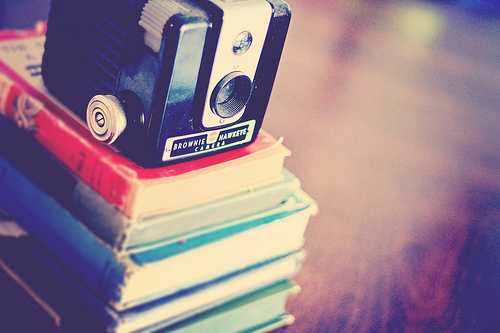 I can hint you:

There is no single way to produce an "effect", as there are many ways to produce effects very similar to the one you're referencing. The first step would be to properly expose the photo in order to facilitate the rest of the edits. What I mean by that is the photo has blown out white areas and what could be image noise. In order to create those two effects one would:

As has already been noted, some of the other obvious basic adjustments would be to:

There are also Photoshop actions or presets in other programs, apps that give effects, layers, filters, etc., but this is as close as I can imagine doing it with just Aperture.

like I know, there are many way can achieve this look, try search "lomo effect" on youtube

Not the answer you're looking for? Browse other questions tagged photo-editing effect vintage or ask your own question.

1
Can you help identify this common style of photo editing, it's like a faded style?
4
How to get a vintage/dreamy look?

6
What photography workflow software can be kept on a central server?
5
How to I edit a photo to have a old vintage look?
0
How can I achieve this red vintage look?
8
How do I get this oversatured-but-not, blown-out-but-not, subtly surreal look?
0
How was the twilight blue color effect in this photo produced?
0
How to properly edit a ".jpg" photo from Lightroom in 3rd party editor
0
How can I create a vintage 1990s Polaroid look from my DSLR?
1
What does make a vintage lens not sharp and can we fix it?
3
How to create a more natural look using Strobe lights for watch photography?