Is a micro-SD card to SD adapter to CF adapter a reliable alternative to a CF card?

I need more memory than my current CF card can hold. I also have some adapters lying around. Would it be wise to start using a microSD card in an SD adapter in a CF adapter for event photography?

How do I work out the read and write speed of the card in all the adapters (and from then if I will experience any buffering)?

Would it be stable, or will it go corrupt from time to time?

In general, the fastest CF cards available at a given time have been faster than the fastest SD cards available at the same time. With the introduction of the UHS-1 standard for SD cards recently, this is less the case than has been in the past. When some of the pro-level DSLRs first introduced dual CF/SD card slots their users soon discovered that the mere presence of a slower SD card in the SD card slot slowed the speed of the read/write operations to the CF card as well, even if they were only writing to the CF card at a particular time.

In your case, the write speed of your camera, the respective speeds of your current CF and SD cards, and the speed of the adapter in question will go a long way in determining if you will take a speed hit by using the microSD card via the SD->CF adapter. Unless you have some very recent SD cards or your CF card(s) is(are) older and/or slower, you will probably see a reduction in write speed. In terms of reliability, the more complex a system is the more opportunity there is for something to fail.

I use that combination in a DSC-R1 from Sony. It works fine at least up to 128GB (as opposed to the MemoryStick slot which stops at 32GB) apart from startup delay after switching or exchanging cards. And with "startup delay", I mean something proportional to card size and being in the order of a minute for 128GB. Other than that, access speed is probably about 60% of what it is for memory sticks, likely for marketing rather than technical reasons. In other words, neither adapter is what is limiting the speed.

Your mileage may vary, of course, depending on the age of the camera and the size discrepancy between what was available for testing at its release date and what is nowadays cheap to get. I've had this kind of "unexpectedly large size works but causes delays for some operations" experience also with other old cameras from other manufacturers.

My guess would be that cameras still accepting CF cards will not be slowed down by modern micro-SDcards' transfer speeds but possibly by their size.

I do data recovery for a living, and I'll put it like this: I would not take the risk.

It isn't just formatting or cards dying causing people to lose data. Every little connection in the entire path data travels is a potential cause for error. It is often these cases that are impossible to recover data from.

Damage due to bad contact that results in what seems a stuck bit (so returns same value no matter what) and this repeats sector after sector. I marked obvious errors, we can see it should read Canon. In image itself data it's not so obvious and impossible to repair: 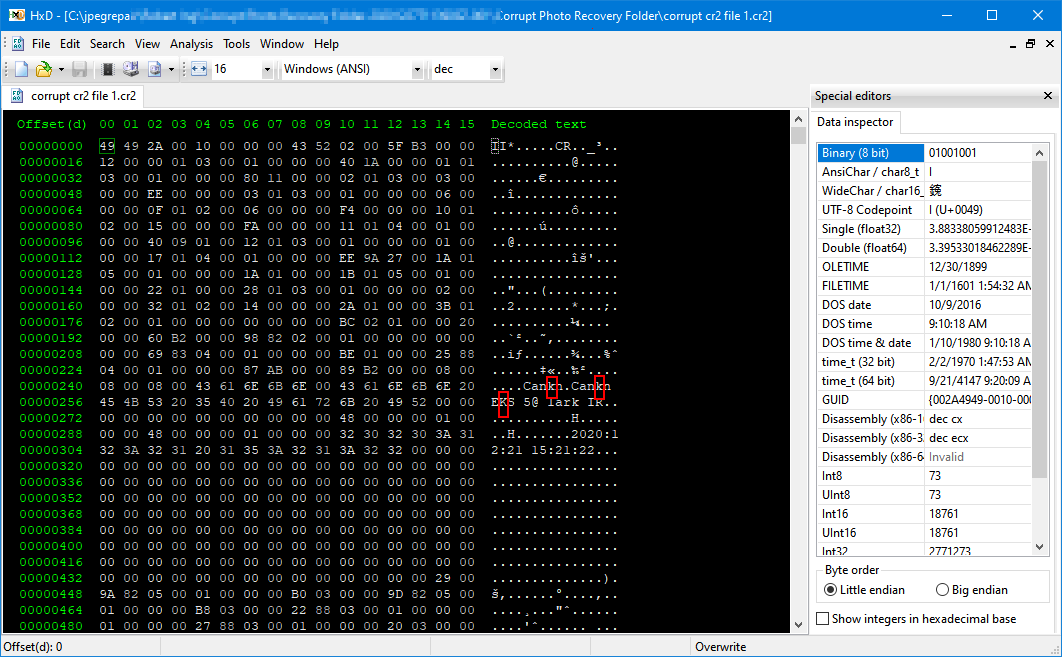 Result to photo (I had to process data to even get it to display): 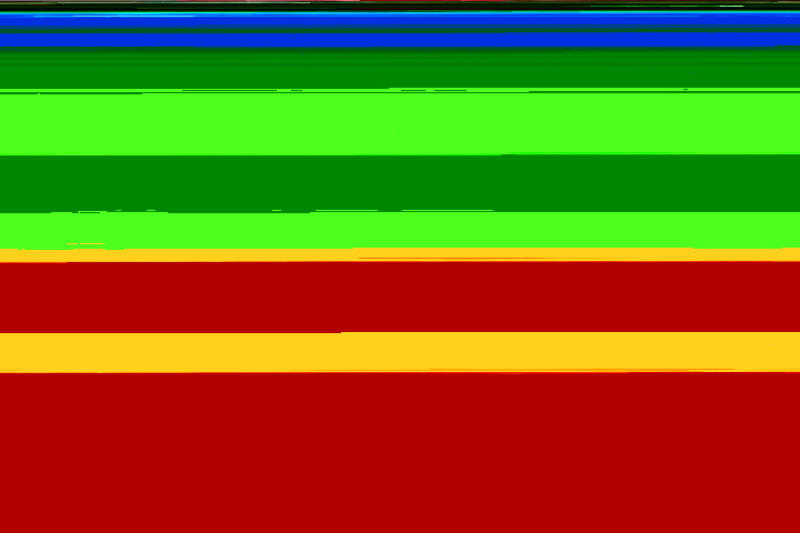 MicroSD to SD is just a difference in form factor, so that shouldn't be a problem. The trick would be to get a good CF adapter to make sure you get good throughput as there is a change there. Effectively, the CF adapter is an SD card reader. If you get one with a good speed rating (there aren't a whole lot last time I checked), then you should be ok though.

Not the answer you're looking for? Browse other questions tagged sdcard cfcard or ask your own question.

9
Is there any reason to choose a standard size SDXC over Micro SDXC?
3
Memory adapters vs. the real thing

4
What is more intensive for the SDHC card- hd movie recording or shooting burst mode in RAW?
2
Will a faster card increase my save speed on a Fujifilm Finepix S4500?
2
Why don't consumer interchangeable-lens cameras support two SD cards?
2
Do any cameras with dual SD card slots support copying images from one card to the other?
7
How many SDHC card insertions/ejections does an average camera slot withstand?
0
If images are "protected" on a memory card but I accidentally format it, will they be any easier to recover?
5
Does a micro SD–to–SD card adapter affect the write speed of micro SD cards?
0
Is the Fujifilm FinePix XP150 compatible with UHS-I cards?
0
Memory card becoming unreadable after setting up timelapse