My question today is, Canon has a very wide range of camera ranges with such names, I can't seem to decrypt. For instance, they have Canon 5D Mark II. Now what does Mark II or Mark I signifies? Also, which one is better and in what sense? What makes 5D Mark II so adorable camera that no-one can stop talking about it? What about Mark 1 D? What's the difference? I know they are full frames. But I'm asking about the nomenclature scheme :)

Another thing, if we go to, say to 5D/50D from 550D, what are the camera advantages (other than ability to handle higher ISO's and faster FPS)?

Canon has a pretty diverse line of DSLR products, and it can be difficult sometimes to figure out what everything means, and why one particular product is so popular. I've added a comment that contains a link to THE nomenclature decoding thread here at Photo.SE, and that should answer any questions you have about codes in lens and camera names.

As for your other questions, I'll take a crack at em, but others may have better answers. The Canon 5D Mark II is deservedly a popular camera. For the price point to capability/quality ratio, it is one of the best bangs for the buck that you can get in the Pro DSLR body arena. For its price of $2500, the 5DII brings to the table a 21.1mp full-frame sensor, full weather sealing, and one of the most powerful camera bodies around. I won't go into all the details here, as you can read a great review at The Digital Picture.

In contrast to the 1D series, the 1D IV costs twice as much. It sports a 16.1mp APS-H sensor (smaller than full-frame, but larger than APS-C of most DSLRs), the most advanced auto-focus capabilities Canon offers, and a machine-gun like burst rate that can't be beat. The 1D series is built a bit tougher, and is designed for the most rugged, continual use in the worst conditions by heavy duty professionals. Its larger body and tougher build makes it weigh quite a bit more than the 5D as well, which for many landscape photographers is a real killer. The 1D does offer more than the 5D, but generally speaking, for many pros, not enough to justify twice the cost. The story was similar but more exaggerated before the 1D Mark IV was released, as the 1D Mark III cost nearly $8000. Point for point, dollar for dollar, the 5D offers more for the frugal Pro than the 1D series, which is generally where its popularity comes from.

There is also a distinct difference in the types of photographers who buy the 5D series vs. the 1D series. The 1D is known as a top of the line, high-speed, professional camera that meets the needs of the most serious photographers in pretty much any line of work. It is particularly known for its insanely high speed burst mode of 10fps, so it is used more by photographers who need to photograph a lot of action, such as sports, wildlife, journalism, etc. The 5D is a considerably slower camera, with a burst rate of 3.9fps, and is usually chosen by those who don't need a high burst rate. This often includes architectural and landscape photographers who take the time to carefully set up and compose a shot before snapping the shutter once. The 1Ds III model also sports a 21.1mp full-frame sensor, a slightly faster burst rate than the 5D II, and offers more features and battery life than the 5D, but it is more than twice as expensive. That again gives the 5D an edge in popularity amongst those who don't need a high burst rate or the extra features of the 1D series.

When comparing the three grades of Canon EOS cameras, it is probably best to compare the 5D, 7D, 60D and 550D. The 7D, 60D, and 550D all sport a nearly identical 18mp APS-C sensor, so a comparison between those three is ideal. All three also offer HD video recording and high resolution LCD view screens. The primary differences between the three grades are build quality, features, and speed. The entry level bodies are smaller, lighter, but less sturdy than higher end models. They generally do not sport much in the way of weather sealing, so you need to be careful with them in extreme weather (rain being the most notable.) Entry level Canon cameras offer some custom functions, but generally very few compared to higher end models.

The midrange DSLRs from Canon, like the 60D, offer a lot more to semi-professionals or very serious amateurs/hobbyists. It is a larger camera with a sturdier build, and sports improved weather sealing. One of the big features of the 60D is greatly improved video capabilities, including a swing-out LCD that can be swiveled and angled for ideal recording. Another bonus over the 550D is a larger viewfinder with more (but not total) coverage and greater magnification. This can be a real bonus, particularly for those who have a hard time manually focusing. The 60D sports more custom functions, and better fine tuning of settings, such as ISO. The burst rate is a couple FPS higher than the 550D.

Finally, the top of the line DSLR's from Canon, like the 7D and 5D, offer top of the line features. They are fully weather sealed, and designed to be extremely sturdy for regular, rugged, professional use. This makes them ideal for true professionals, however they are still very popular with amateurs/hobbyists and semi-professionals due to their excellent prices. Generally speaking, dollar for dollar, the 7D ($1500) offers a lot more value than the 60D ($1100). The 7D sports a much higher burst rate, an amazing 100% view screen coverage at 1:1 magnification sporting liquid crystal overlays (i.e. rule of thirds grid, focus points, spot metering circle, etc.), fantastic auto-focus with Canon's latest AF design, and an ungodly amount of custom features and fine tunable settings. It is a true professional grade body, and excellent for almost any kind of photography that doesn't absolutely require a full-frame sensor.

The 5D II is the oldest camera of the bunch, and as such offers a little less in the way of speed and cutting-edge features. None-the-less, it is a very high-resolution, 21.1mp full-frame (35mm) sensor that offers some of the best light gathering capability available these days. The full-frame sensor is one of its key defining points in comparison with the other three, as they all sport a cropped APS-C sensor (24mm vs. 35mm). When it comes to things that need a larger sensor and superb low-noise ISO performance, the 5D is unbeatable for its price. It is a prized camera by many landscape, architecture, and portrait/wedding photographers. It brings out the best from Canon's L-Series lenses given its full-frame sensor.

Hopefully this helps answer some of your questions. There is no real clear-cut distinction between models in terms of ISO performance an FPS. The 60D actually sports a higher burst rate than the 5D II, and the 550D is nearly as fast. The best way to learn the differences and make an educated decision about what camera to buy is to read reviews. An excellent site for Canon reviews is The Digital Picture, which has reviews for nearly all Canon lenses and bodies, as well as many third-party lenses and some Nikon gear. Another excellent site for camera reviews of all kinds is DPReview.com.

Let me tell you a story. In the beginning there were the D30 and D60, which were 3 and 6 megapixels respectively. Simple.

But then they moved the D to the end and released the 1D, 10D and 300D (would have made sense to call that last one the 100D, but whatever). The number of digits now meant the market the camera was aimed at, 1 digit was a professional level camera, two digits for advanced amateurs, three digits for beginners / casual shooters.

The trend remained until Canon decided to make a mid level full frame DSLR which they called the 5D. Kind of halfway between one and two digits. Then a little later they announced the 1000D, generating a fourth line of four digit cameras.

All was relatively fine, the shoe-in 5D got a markII, there were always features which distinguished the lines even as megapixels and AF improved:

Then came the 7D, which didn't really fit anywhere, so they shoe-horned it in next to the 5D, with which it has almost nothing in common, and the 60D which has gone plastic body and moved closer to the xxxD (should have been a 600D IMO), rumours of a 2000D, 3D so who knows what Canon are going to do next but they're running out of numbers in the xxD line!

These days it's better to look at the price and specification than to try and decode it!

I found this to be quite helpful in understanding the hierarchy of the canon range and roughly where they fall in price point, the prices are in euro's. 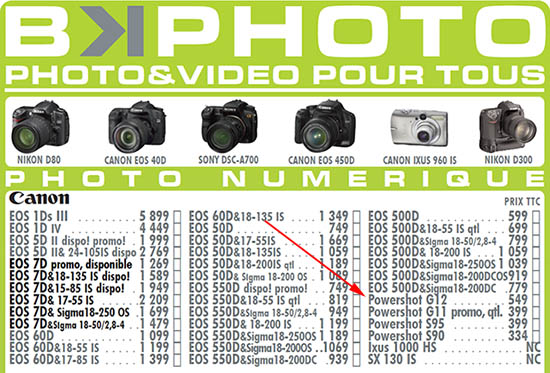 Not the answer you're looking for? Browse other questions tagged canon full-frame canon-5d-mark-ii or ask your own question.

196
What do all those cryptic number and letter codes in a lens name mean?

13
What should I do to switch my gear from Sony to Canon?
9
Is there a Canon equivalent of the Nikon D3100? If so, what is it?
3
Is Sigma 17-70mm f/2.8-4 DC OS or Canon 17-55mm IS USM the better general purpose lens?
1
Canon 580EX compatible with xxxEX II flashes?
2
How significant is difference in dynamic range between Sony A7 and Canon 5D Mark II?
3
Will Canon's EF and EF-S lenses work better for Canon's mirrorless cameras than mirrorless cameras from other brands?
2
Preserving AF speed and accuracy in extreme cold?
3
Live view underexposed Canon 7D with vintage zoom lens
1
Second hand Canon 80D or newer 250D
1
What features should be prioritized when buying a camera intended for wildlife/zoo photography?