How to get a vintage/dreamy look?

How to get a vintage/dreamy look like this photo? 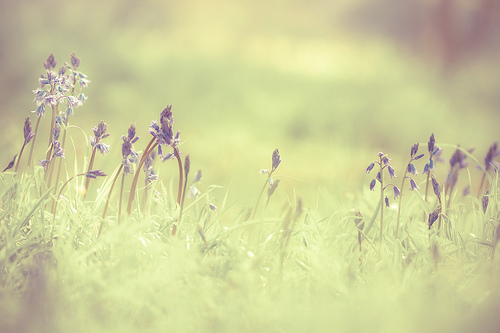 There are a number of factors here, two of which you've identified:

These are important, but part of the dream-like appearance comes from the high key. Here's the histogram for the image: 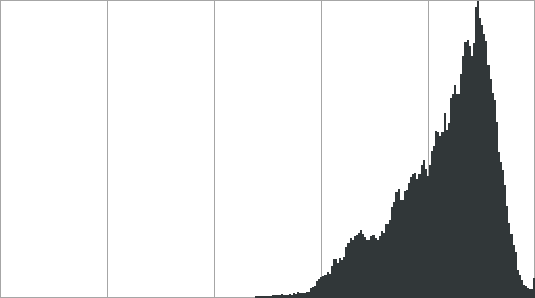 which shows that all of the tones in this image are brighter than the 50% mark, with the bulk being way up in the top 20%. Nothing is even close to dark, let alone black. This brightness, especially when combined with blur or soft focus glow (not really seen in this example), tends to contribute towards a dreamy, ethereal appearance.

If we use the Levels tool to bring up the black point, stretching that same histogram across the whole range, the image looks like this: 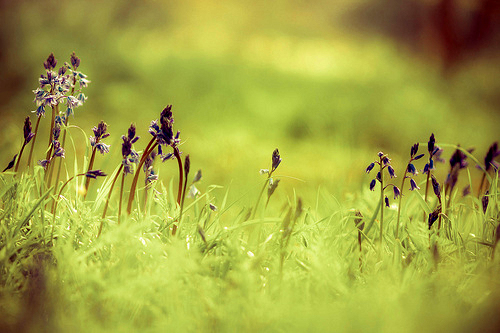 and if we use Auto Levels to correct for the yellow cast in addition to that stretching, we get: 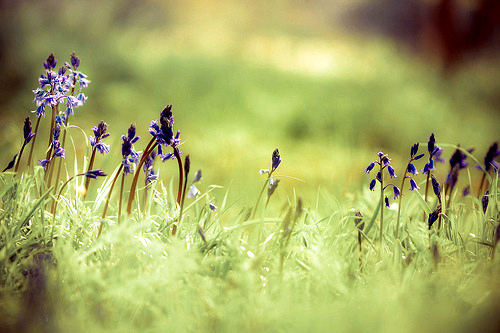 Both still have the blur, but are much less dream-like in appearance.

This is kind of extreme, and the high contrast now looks like an effect in its own right. The "realistic" image is somewhere in the middle.

I think it's pretty clear in looking at the adjusted images that the blur is from a shallow depth of field; the flowers are in narrow band of focus and the nearer and farther objects are blurred. This suggests that a long focal length was used, in combination with a wide aperture. It doesn't seem like post-processing blur was added, although it's possible that there's a smidge of it in the bottom front.

This also brings out what looks like corner vignetting, but that may just be the framing of foreground objects rather than either lens obstruction or a post-processing effect.

There is something called a "soft focus lens". In terms of getting a dreamy defocussed look, I would say reducing "clarity" in post processing woudl achieve it- or some mild blue applied to the image.

However in this case, I just think it is a longish wide aperture lens which blurs the foreground and background while having a strip (the flowers) in focus.

Vignetting is amplified by lenses when they are "wide open" or can be added in post processing. I would be inclined to think that the vignetting exhibited in the image stems from the lens.

For reproducing the look, the desaturation and lack of shadows (making it feel washed out) as well as the vignetting is key to giving it the slightly unnatural but recognizable look that feels kind of like it is in the clouds/dreamy.

Not the answer you're looking for? Browse other questions tagged effect special-effects or ask your own question.

1
Identify a photo filter or a post-processing technique
47
How can I maximize the "blurry background, sharp subject" (bokeh) effect?
45
What does it mean for a photograph to be "high key"?
2
How does one create this vintage look?
1
How do I achieve soft, dreamy, old-like photos? (May be thru film)
1
Can you help identify this common style of photo editing, it's like a faded style?

5
How to I edit a photo to have a old vintage look?
6
How can I get the colors in my photo to look like a painting by the Dutch masters?
7
Why the trend of faded vintage photography?
8
How can I get a lot of detail in the face, skin as seen in this poster for The Martian?
2
Are these images from infrared film?
0
Can I add a filter that gives a photo a vintage pinup style?
5
A photo effect that favours yellow & blue; What is its name & how is it done with GIMP?
7
How to get soft-blur effect on flowing water with iPhone?