I Googled film vs dslr and found an article from 2007 that said:

Is the above statement valid?

It depends on what, exactly, you mean by image quality. In terms of ghosting or flare caused by reflections on the back surfaces of the elements of a lens this is often the case. If the ghosting is visible through the viewfinder when the mirror is down and the shutter closed on a DSLR, then the ghosting is not being caused by the light bouncing off the front of the sensor. With a traditionally designed DSLR, if the ghosting is only visible in the photo taken but not in the viewfinder beforehand, then the source of the initial reflection is likely the IR filter in front of the sensor. The light that reflects off the front of the sensor must then bounce back from another surface forward in the optical path with enough intensity to be detected by the sensor. This could be either the uncoated back of a lens element or the uncoated back of a filter attached to the lens.

In general many lenses, especially those considered consumer grade, that were designed during the film era were not expected to perform at the same level lenses designed more recently for use in digital cameras are expected to. This applies not only in terms of lens coatings to reduce internal reflections, but also in terms of things like resolution, chromatic aberration, and distortion. Most film photos taken with consumer lenses were printed uncropped with very little darkroom adjustment made to the image. In contrast, after the digital revolution even shots made with compact point and shoot cameras and camera phones are routinely cropped and heavily processed. This has placed a demand for higher performance in even consumer grade lenses. Advances in materials and lens design, aided by the explosion of the processing capacity of super computers to simulate different ideas without the days, weeks, or even months needed to produce an actual prototype, have continued to advance the quality of not only premium lenses but consumer grade lenses as well.

This does not mean that it is always a compromise to use a lens made during the film era on a digital camera, nor does it mean that all lenses designed during the film era are inferior to any lens made specifically for digital. It is certainly possible to produce outstanding images using older lenses. But there are times, such as photographing a very dark scene containing a few bright light sources, when the advantages of well designed modern lenses will be evident.

Here's a link with drawings that illustrate the different kinds of flare. Ghosting caused by reflections off the film or sensor are the last type discussed. Thanks to @D3C4FF for the link in regard to another question.

Here's an image that illustrates what happens when you use a lens designed in the film era with a digital DSLR. As you can plainly see, the bright lights in the upper left corner of the image are ghosted in the lower right corner. 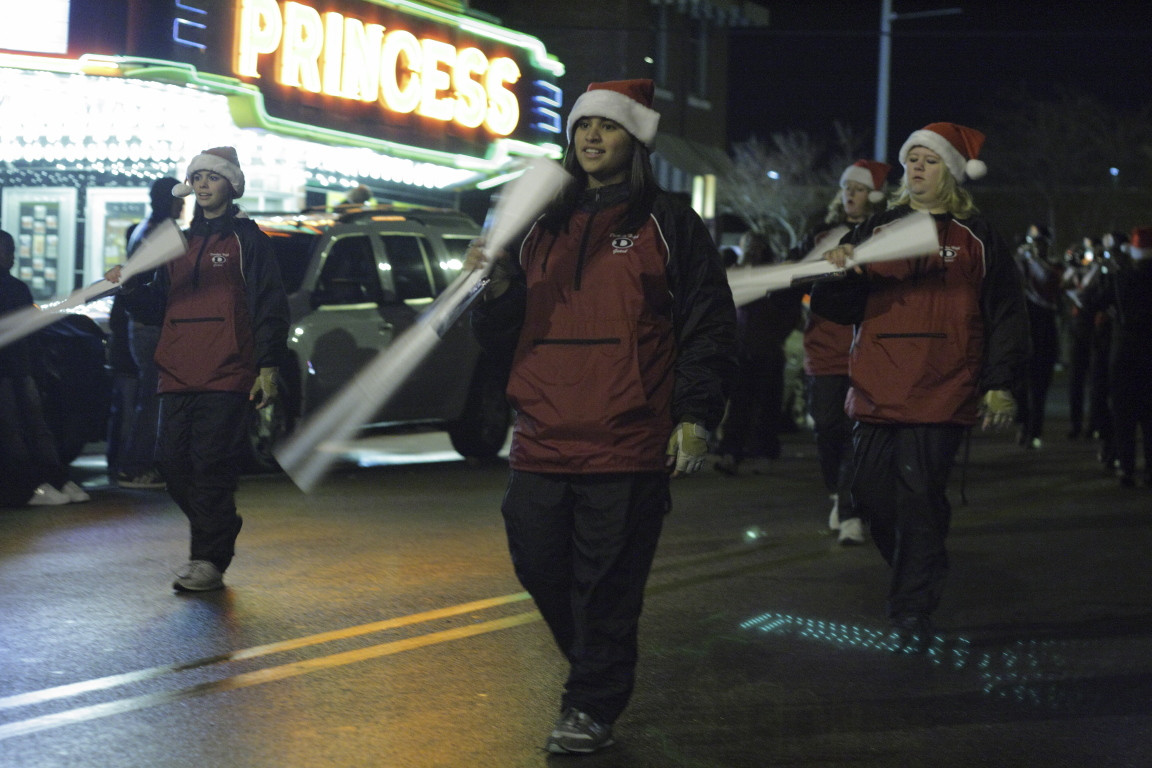 Yes and no, when dealing with bright light sources (relative to the rest of the scene) are entering the lens, it is possible for internal reflection to result in a ghost image. This is most commonly seen when a light is directly in a dark shot. A blob of light and often a haze will appear opposite the center axis of the lens from the light source. When dealing with a normally lit scene however, the performance will be fine. It's only when the lens is used in a situation where internal reflection will be problematic.

This is because the light reflects with enough intensity that it is able to be picked up as brighter than another part of the scene. One such source of reflection was the back elements of a lens, but lenses designed for digital cameras use an anti-reflection coating to help prevent this.

The same effect can actually occur between a screw-in filter and the front element as well resulting in a similar effect.

Note that outside of incidents where there is a bright light source in a dark scene, internal reflection is not always a problem and film lenses can be used for many great shots with a digital sensor. It's just worth noting that internal reflection can be more of a problem for them in select situations.

Not the answer you're looking for? Browse other questions tagged lens digital sensor digital-vs-film ghosting or ask your own question.

70
Are there any downsides to using a good-quality UV filter?
19
Is a UV filter better for lens protection than a protector filter?
7
Do cheap filters have an effect on image quality?
7
What could cause this visible artifact which seems to a be a glowing inverse of something outside of the frame overlayed on this photograph?
3
is uv filter a must?
4
How can I get prevent ghost sun images when shooting with a solar filter?
4
Can I use new “designed-for-digital” Leica lenses with a Leica film body?
-1
Canon or Tamron 70-200mm F2.8
1
Which lens coatings reduce internal reflection?
-1
Can someone explain the strange dot on my pictures?
See more linked questions

18
What advantages does 35mm film have over high-end digital?
9
Were lenses for film designed to focus different colors at different depths, and what does that mean for digital?
36
Why does a bigger sensor lead to a shallower depth of field?
3
What lens should I use to be able to fill the frame with a mounted 35mm slide at 12 inches?
1
How does long exposure photography work on digital cameras?
7
What could cause this visible artifact which seems to a be a glowing inverse of something outside of the frame overlayed on this photograph?
4
What exactly “professional-grade” means in Nikon line of lenses?
2
How close are we to the theoretic limits of sensor low-light performance?
4
Does sensor size affect performance of image stabilization?