How to take a picture with subject in focus but with a circular light-trace effect around it?

How to keep the Girls sharp combined with the lighttrace effect? 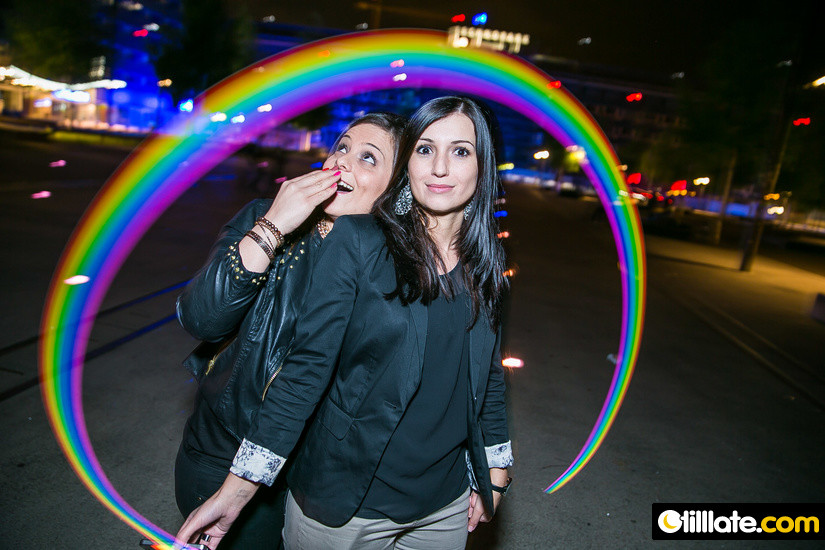 For this kind of a shot, it doesn't matter if the flash is first or second curtain because there is no direction to the movement. (ie, the phone could have started on the left or the right side and we'd have no idea of the difference). What does matter is that you have a dark environment so that only the light trail is normally exposing. You then take either a long exposure or a bulb exposure (which keeps the shutter open as long as you hold the button down).

The flash exposes the people and since it is dark, they don't continue to expose much, but the light trail from the bright screen exposes quickly and thus you see the light trail but not much else that was exposed during that part of the shot. It also probably took a fair bit of practice (or luck) to get it to come out that well as typically the light trails would be less even.

It's also possible that they faked the effect in Photoshop since that is one heck of a smooth circle. It's certainly possible to get that effect in camera, but they seem to have done a remarkably good job in many aspects, so either they did a lot of time and patience to get it just right or they blended it in artificially (in part or full).

To produce it in post, using an additive blend would properly mix the light sources in the image with the light source of the rainbow such that the sum of the brightest spots would shine through. Any tool of choice could be used to produce the actual arc.

You would be using a flash with the camera set for a longer exposure,the flash would freeze the woman's movement and the long exposure will allow for the light trail effect

This is how I think It could be done.
1. Set camera to bulb mode. So that the shutter stays open as long as the shutter button is pressed.
2. Set flash to fire either at the first / second curtain.
3. Press the shutter button when the people start to move the light source and release it once the movement is complete

As you realize, I've not specified what ISO or Aperture is needed... this is where you need to experiment.

Bacground over foreground and no apparent mixing even at boundaries.
This very strongly suggests it was done in post processing.

Also, the smooth radius change curve does not feel likely to be "natural". When swept in large arc the arm not only changes length as it moves but also the rate of change of length with position & times varies between locations as the arm geometry changes.

I have some swept arm arc time exposure of people waving "sparklers". I'll post one when/if they show up to allow comparison of arc shapes. 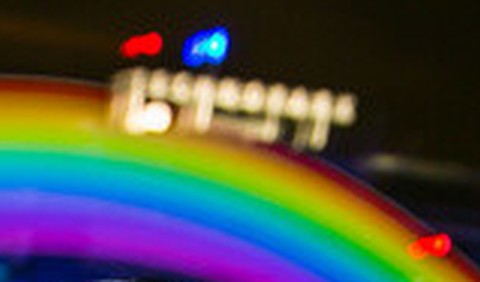 Sparkler arc - full 'circle' in this case.
More circular that I'd recalled but not the perfect arc of the photo above.
Also does not include any of the background hanging over the foreground as theirs does :-).
No post-processing additions in this one :-).
Chinese New Year, Ningbo, China: 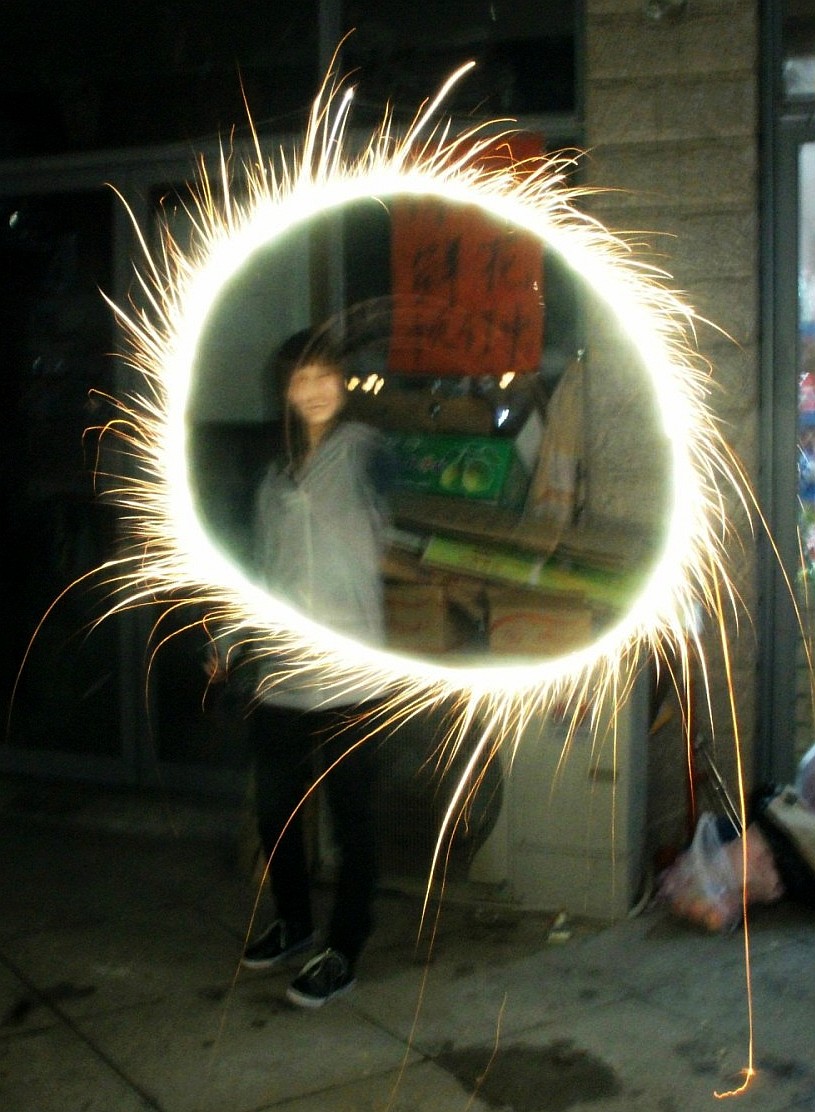 Not the answer you're looking for? Browse other questions tagged flash night shooting-technique nightclubs or ask your own question.

47
How can I maximize the "blurry background, sharp subject" (bokeh) effect?
27
How to take great night shots with a subject in the foreground and a cityscape behind?
1
How can I take the best pictures at a nightclub with my compact camera?
5
How can I create light trails without a blurry subject?
5
How do I take portrait photo with flash and good ambient light as background?
0
What is this effect, with millions of coloured light dots surrounding people in the dark?
0
Style with dim background, warmer tones and subject being almost the only light-emitter?
0
Why won't my Sony a350 take a picture in low light situations?
7
Maximizing bokeh in the foreground?
2
How to achieve this low light/long exposure scribble lights effect but the subject remains steady/focused?