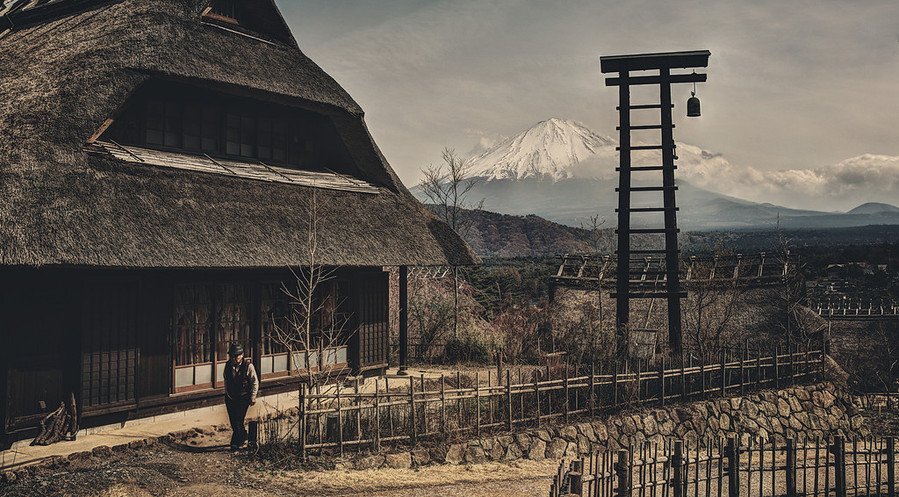 About the processing he says:

To achieve it [...], you can duplicate the layer then do some extreme sharpening and a black and white conversion using something like Silver Efex Pro [...]. After that, you can change the blend mode to Hard Light… it makes an interesting effect!

I would like to know how to replicate this effect in Gimp.

Here is what I have so far: 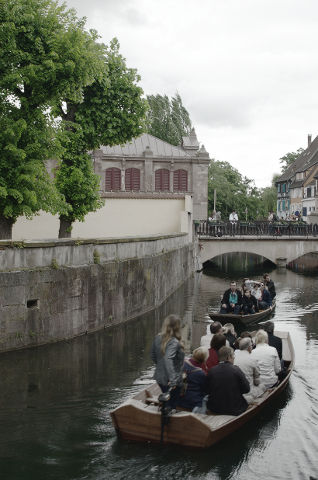 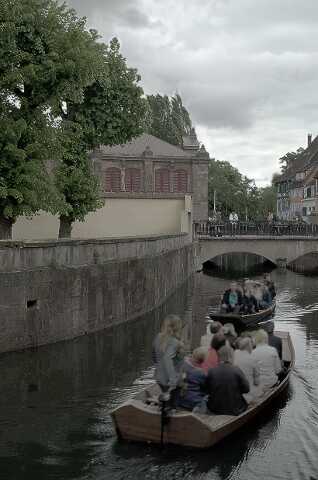 In the first version, I did as he said: Duplicate layer. The top layer gets B&W conversion (Luminance) and then sharpening (92 in Gimp) applied. Then I used Hard Light as the layer mode. Finally, I reduced the saturation a bit in the lower layer.

In the second version, I did roughly the same. I used harder sharpening (99 in Gimp). Then I added a mask to the top layer, so that the sky and the people are from the bottom layer. The sky so that it is not blown out, and the people just because.

My source image might not have been the best maybe. I see that Ratcliff's photo has harsh shadows, nice background and lots of detailed foreground.

Can you achieve something better?

photoshop photo-editing gimp
Share
Improve this question
asked May 13 '13 at 10:21

If you click through the blog image to the smugmug gallery you can download the full resolution version.

Looking at that it seems "extreme sharpening" refers to the diameter as well as the strength of the unsharp mask. This has the effect of increasing microcontrast (at the expense of halos around edges). Try setting the diameter to something like 5 pixels and trying again.

Not the answer you're looking for? Browse other questions tagged photoshop photo-editing gimp or ask your own question.

1
Are Gimp's "color space" blend modes the same as those in Photoshop?
7
How can I reproduce this effect I created?
0
How to achieve this effect though post-processing
1
Lightroom-style Black & White Conversion in Photoshop
2
Adjusting eyebrows elegantly
2
Haze effect in moon photo? (using GIMP)
17
Stitching multiple suns together
3
How can I mitigate edge halo when darkening skies in post-processing?
1
How to Apply Luminance Adjustment Selectively in Lightroom or Photoshop