Is there any downside to using a knock-off lens hood?

Canon prices on these things are crazy, has anyone had a problem with a knock-off? What factors should I consider when evaluating a lens hood? 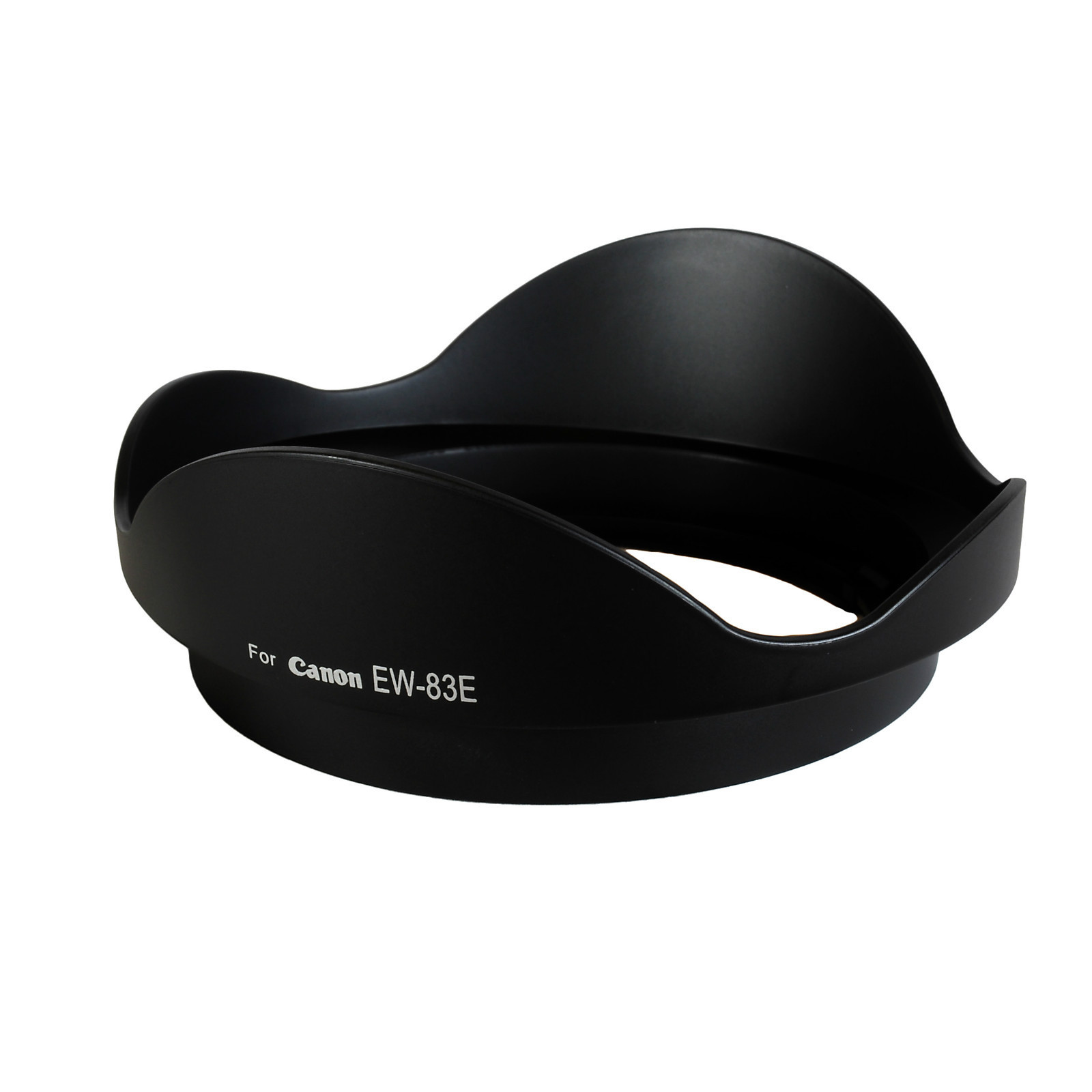 Update (10/2017): Since the answer below was written I have used a 3rd party hood bought through amazon that, although made of black plastic, had a shiny, reflective finish. If there were strong light sources in the actual field of view, it actually made flare worse than using no hood at all. The light was reflecting off the inner surface of the hood and into the lens. Since the hood was made for a 24-105mm zoom lens, at longer focal lengths light that was not even in the frame but was within the "cone" of the hood's coverage could cause additional flare due to reflections from the inner surface of the hood. The fit was fine and it stayed in place better than the original, but the finish was too shiny.

I just superglued the broken original hood lined with black flocking back together and placed some duct tape on the outside of the crack in the hood. At some point I plan to get some flat black model paint (used to paint scale model plastic airplanes, cars, etc.) and see if that will eliminate the reflections. Another possibility is getting some black flocking material at a craft store and lining the generic hood with it.

Further Update: After being repaired for the third or fourth time, the original cracked hood refused to stay glued/taped together any more.

I wound up getting a sheet of Creatology™ Peel & Stick Felt for about $2 at a local craft store. I made a pattern out of thin cardstock by tracing the outline of the cheap knockoff hood as I rolled it across the cardstock and then trimming it until it would fit inside the slightly smaller inner side of the hood. Once I had a pattern, I cut a piece of the felt to fit, peeled off the backing and used the self-adhesive on the back of the felt to stick it to the inside of the cheap knock-off hood. It now works like a charm!

I've used knock off hoods for many of my Canon lenses that weren't supplied with one. I've never had a problem with fit or vignetting, at least not due to the hood. Some of those lenses had so much peripheral illumination drop-off you might as well call it vignetting! I've always bought them from fairly well known dealers such as Adorama or through amazon.com

The only place where the factory hoods are a little better is that the higher end ones that usually come supplied with Canon's "L" lenses are lined with a fuzzy material that helps trap dust before it reaches the front element. The flocking also inhibits reflections from the inner surface of the hood entering the lens and causing flare.

If you're looking for budget hoods, have you considered printing your own?

The main difference would be how good they are at being matte and non-reflective. Canon typically coats the inside of their lenses with a really matte felt and makes them of high quality plastic.

That said, part of the cost is also to offset the R&D that Canon had to do to find the correct shape. The third party doesn't have to worry about that, they just have to worry about cloning whatever shape Canon puts out, so they are going to be able to make a similar quality product more cheaply.

The trick would be to find a third party lens hood that is of similar build quality. It will probably still be in the $10 to $15 range if the official hood is $30-$35.

Beware of vignetting: A number of recent after market hoods screw into filter threads and tend to vignette at the low end of the zoom range (or always for a fixed length lens).

This happens because they are too deep (aka badly designed) when screwed onto the camera and worse again if used in front of a filter.

If a lens is designed to just not vignette as supplied or with a standard depth filter it may be impossible to not cause vignetting with a screw on hood on top of a filter as there must be some material outside the front of the lens or filter body's front face due to mechanical considerations.

If vignetting is marginal you may be darkening up your corners somewhat without noticing it, but reducing quality somewhat. If you camera has automatic vignetting correction (eg D700 has) the camera may be "correcting" the problem but is so, probably at the cost of edge quality.

After buying a third-party lens hood from Aliexpress I realized there's another danger: incorrect design of the lens hood itself. The knock-off EW-63C that I've purchased looks about the same as the official Canon lens hood: 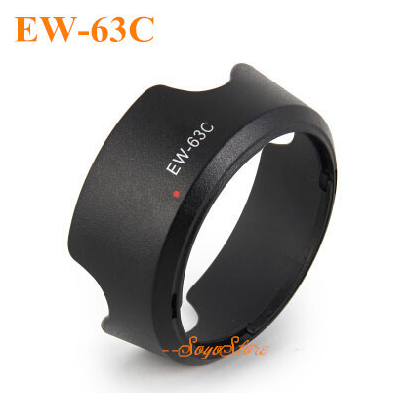 However in practice it wouldn't mount on the lens at the right angle, resulting in vignetting at the corners of wide-angle images. From now on I would personally get an official lens hood when reasonable.

Not the answer you're looking for? Browse other questions tagged lens-hood or ask your own question.

16
How can I prevent my lens hood from causing dark corners?
4
Are there objective tests showing the the impact of a lens hood on image quality where there is no obvious flare?
5
Could I get a lens hood that suits 'all' lenses?
6
Should I leave the lens hood on my new 35mm f/1.8?
3
What lens hood will fit Canon 80-200 f/4.5-5.6 (original)?
14
Lens hood visible when shooting in RAW, but not in JPEG
0
How can I tell if this “2 in 1” lens hood and cap will be effective on my lens?
6
Canon lens hood will not lock (brand new)