Depends on what you are referring to.

On the other hand, if your camera / film has a good dynamic range and you do your magic while developing the film or if you edit RAW, you can gain a lot of details by decreasing the contrast and messing around with some other lightning settings - the dynamic range is set by your camera/film, but you can mess around with it, paying the price for it, which is loss/gain in details for gain/loss in vivid tones. I can't develop the picture again, but I edited only certain areas of it to simulate it: 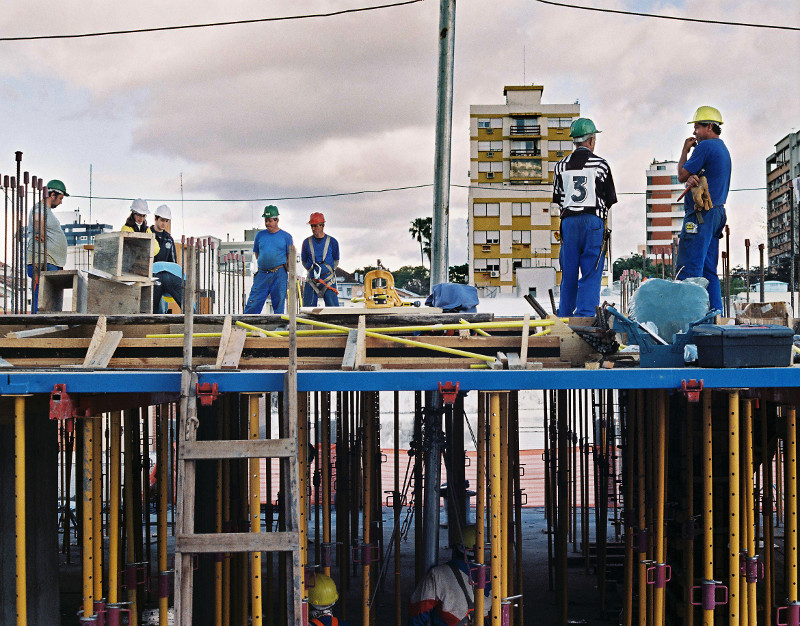 You can clearly see in the sky and buildings (brighter tones) that I gained a lot of details by decreasing the contrast and messing with some other lightning settings.

Dynamic range of an image (as opposed to an image sensor) is simply the ratio between the brightest and darkest pixel values. An image of fixed bit depth thus has a fixed maximum dynamic range.

Increasing contrast will increase the dynamic range but only up to the maximum possible given the bit depth.

Whether or not increasing contrast will improve an image depends on many factors. More contrast will make an image bolder, more striking, but too much contrast can destroy an image and leave it looking distinctly "unreal". A low contrast image will invoke different feelings and there are times when this is more appropriate.

Here's an image which I decided looked better with a lower overall contrast:

Yes (sort of), if the original image was underexposed or overexposed or the subject has a bland coloration.

To understand the issue, let's imagine we have a very simple monochrome 4-bit camera. This camera's sensors can only store gray-scale images with each pixel having a value between 0-15. You have 16 levels of gray and that's it.

What happens when we increase the contrast of an image with this camera?

Let's say some of the pixels in our image have the following values:

When we increase contrast we spread these values out. So, first we must choose a center point, say 10. Then, every pixel that is lower than ten gets decreased and higher than 10 gets increased. So our new image might look like this:

For this reason if you have image in which all the values are close together, details can become easier to see in the print.

Notice that you can lose information when you adjust the contrast. For example, let's say you have values of 0 and 1 in your image and the 1's all get changed to 0. Then pixels that were originally different levels of gray are now the same. So, if your original 4-bit image had all its values, say, in the 8-12 level range, then you are safe increasing the contrast. But if your recorded values include all possibilities 0 to 15, then you will lose detail when you increase the contrast.

So, you potentially lose detail, but you make the detail that remains easier to see.

Nowadays, people often talk about dynamic range as the difference between the lightest and darkest areas of the image, and have invented the term "tonal range" to mean the number of discrete measurable values. However, for a photographer the tonal range is the key sensor quality metric, so when we talk about "dynamic range", it is better to think of it as the ability to discriminate between different levels of hue, saturation and brightness. So, while that does include the difference between blacks and whites, it is a lot more than that. Roughly speaking, the dynamic range (or tonal range) is equivalent to the different possible levels of the pixels. So, for example, an 8-bit sensor will usually produce images with greater dynamic range than an 4-bit sensor, other things being equal.

Note that increasing contrast does not increase the dynamic range of an image because you are not increasing the ability to discriminate between different gray levels in the original image. So, in the example above, we change all the 9's to 8's, but that means all the 9's are now gone. In other words, lets say our original image had only 3 different levels: 9, 10, and 11. If we change those to 8, 10, and 12, we still only have 3 different levels. Now, imagine we took the same picture with a more sensitive camera and it gave values: 8, 9, 10, 11, 12. So, we see this camera has 5 different levels, so it has greater dynamic range.

I think you're looking for a short answer here.

Reducing it bring everything closer together in brightness. (Compression)

If you're asking if it can bring back detail that was lost while taking the photo, no.

Can it make some details that are too dark or light more visible, yes but it's a poor way to do as it makes everything look pretty flat if done with a simple slider.

Not the answer you're looking for? Browse other questions tagged dynamic-range contrast or ask your own question.