Should I use EC when all details are captured?

I took this picture after looking at the histogram from my camera. Supposedly the details of the main object at the center was not clipped, but it is surely too dark to see it clearly. So i used photoshop's shadow/highlight command to lighten it. Is this the proper way of photographing it? or should I have increased the EC before taking the picture so that the picture of the main object would be lighter? 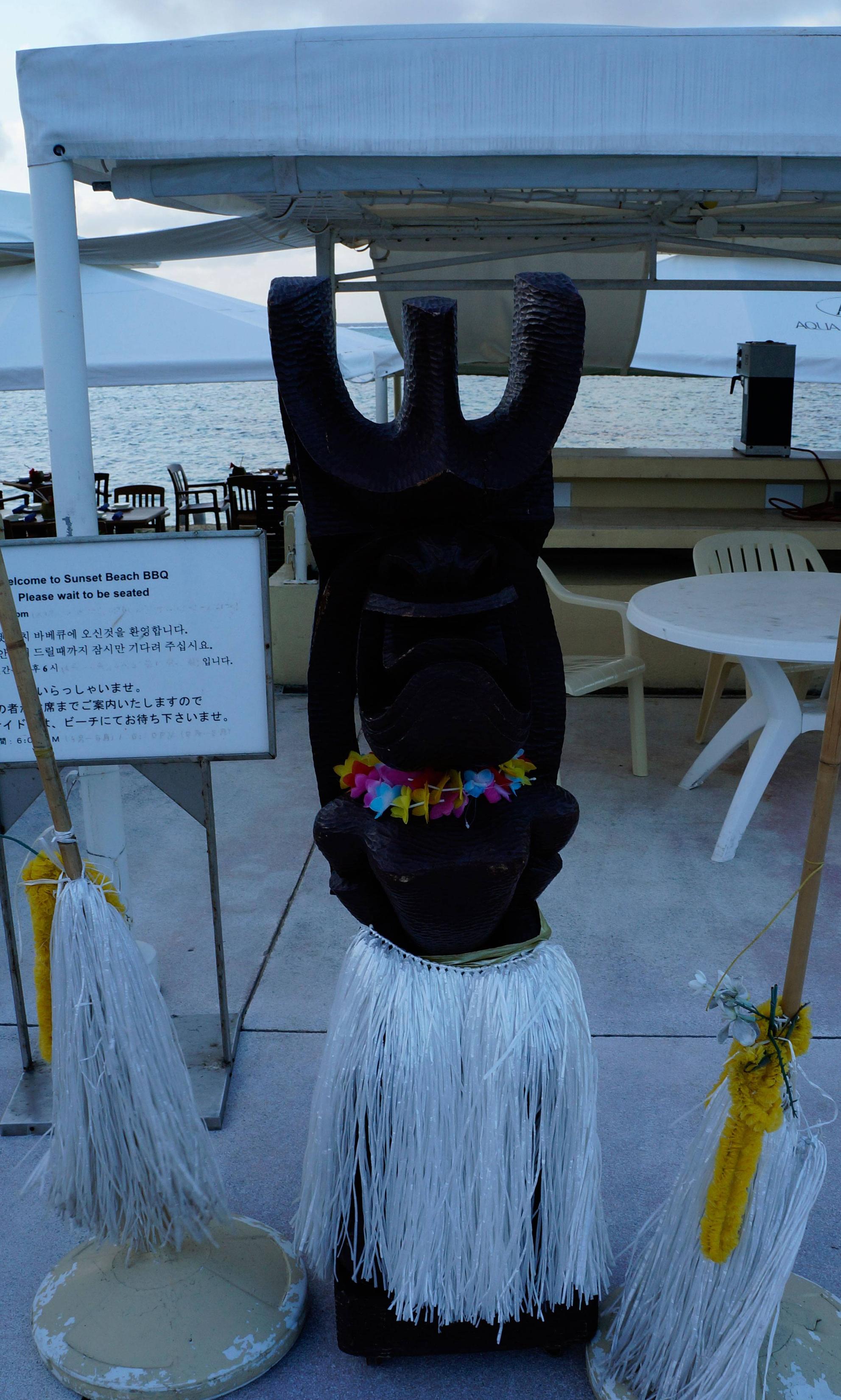 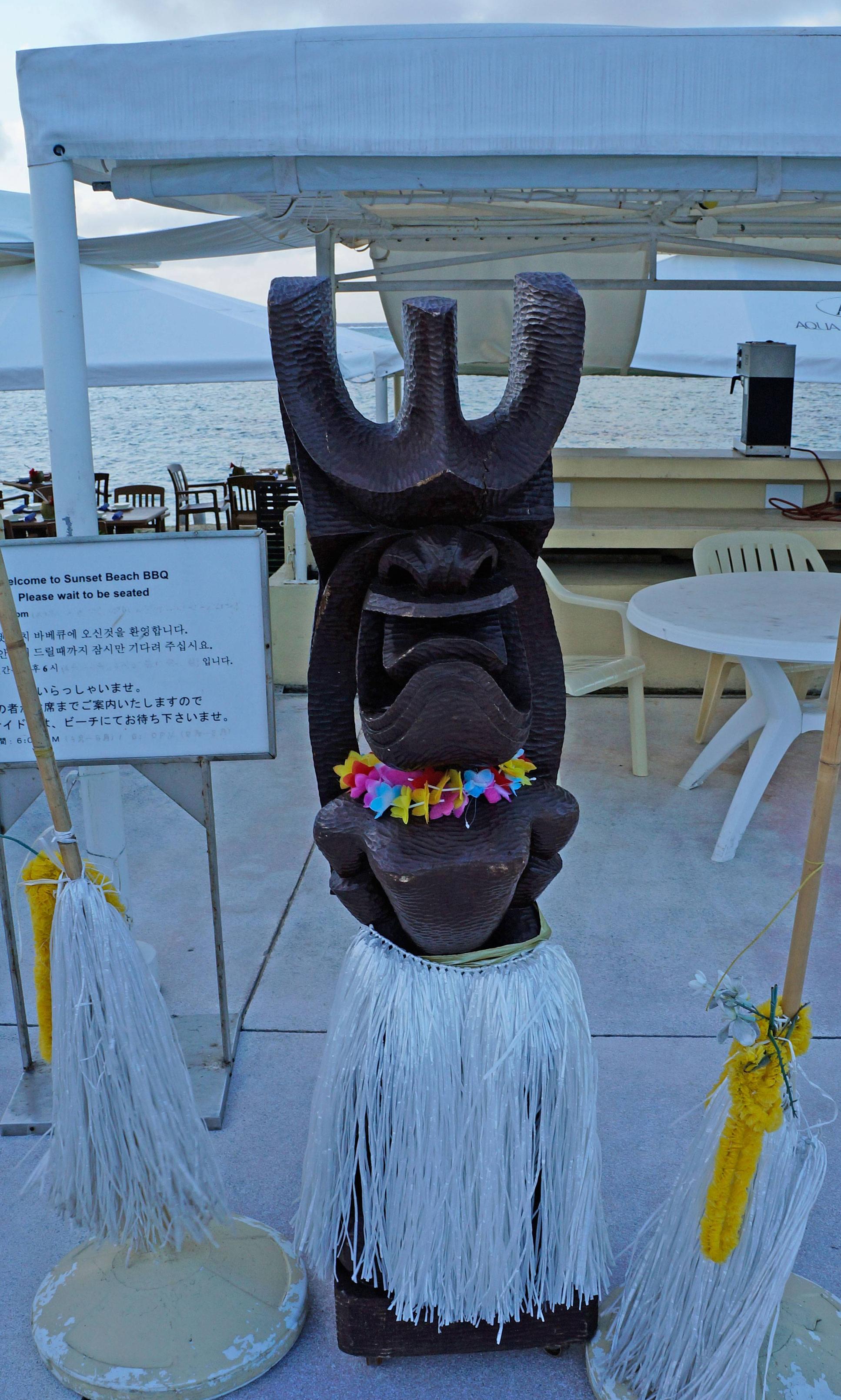 I think you did what you could in the camera within reason. I looked at your top picture, and the brightest areas were nearly white. As Russell said, you can get away with a little clipping of highlights, but that would only add 10% or so. The darkest area was also completely black, so the exposure was about optimal for capturing the whole scene. Your only choice in-camera would have been to not capture the whole scene by letting some of the highlights clip and therefore getting better shadow detail.

However, you are probably OK even so. I started with your top picture and cranked up the low end in a sortof exponential slosh quite seriously. I also fixed that annoying blue cast, figuring the background of the sign was a good enough gray reference: 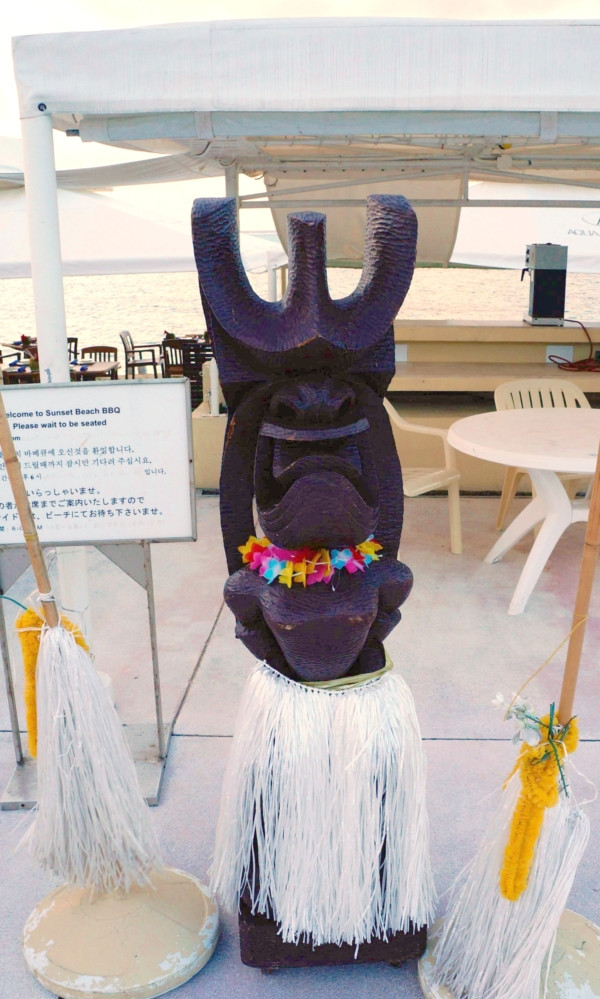 With this rather extreme low end brightening, we start to see quantization in the dark areas. But, I started with the 8 bit JPG you posted. You didn't say what camera you were using, but figuring 12 or 14 bit readings, you have 4-6 f-stops of additional dynamic range at the low end. Even figuring 1 or two bits lost to noise, it looks like the original has enough detail to make a presentable 8 bit picture.

Increasing EC would result in less noise in the shadows of this image, improving the detail that was captured, at the risk of possibly losing detail in the brightest areas of the scene.

It's always a tradeoff, I think in this case you could have used EC and maintained detail in the sky for a slightly better image.

See: What is "Expose to the Right"?

The best approach if you're really concerned is to always bracket the exposure.

The dynamic range of the scene exceeds the capability of your camera and some sort of compromise or adjustment is needed. But, you know that :-).

I consider that your blacks are so close to clipping that it is almost certain that you are losing information at the 'bottom end' even if the camera indicates that you are not - see image below. . Photoshop can make what you have look more acceptable but it cannot restore what you have lost - although it may look like it has done so, which may be good enough.

The segments of sky at top left are your 'brightest' areas and they do not appear to be clipping - but you have maybe only half a stop of headroom, which is not going to be enough to bring your dark areas up adequately just by shifting exposure as a whole. Relatively few people would notice if you did clip the sky highlights whereas the foreground underexposure will definitely be noticed, so if the only choice for in-camera adjustment was exposure shifting, increasing exposure by 1 stop or maybe more, would help.

You have not specified camera and model (always a good idea with this sort of question) but if you have some means of in-camera variable exposure/contrast/... management then using it or using it more aggressively here would help. (Nikon active d-lighting, Sony DRO, ...).

If you can't extend the camera dynamic range to accommodate the scene you may be able to subtly adjust the scene to fit the camera's capabilities. A whisper of fill-flash would work wonders here if flash is acceptable. This is the sort of place where, used judiciously, the much derided on-camera flash can be put to good use. It need not be obvious that you have used fill flash, while bringing the foreground dark areas up enough to render more detail and not really touching the brighter more distant areas and so effectively compressing your dynamic range.

If I was attempting to improve this 'out of camera' with my Sony A77 I'd try setting DRO ("Dynamic Range Optimiser") to maximum, expose so as to just clip the sky highlights and then see if that was good enough. If that was not good enough then accepting more sky clipping or adding modest fill flash would be next. If DRO maximum was more than good enough it could be set to auto (which will tend to minimise effect while avoiding clipping) or manually setting it to a level that worked well enough.

Using any adjustments - in camera or post processing, needs to be done with an awareness of possible undesired consequences. DRO and other manufacturers equivalents distort reality by selectively processing areas within images and this can lead to noticeable artefacts. Especially so if you know what to look for. Sony's version, which I' most familiar with, when set to maximum starts to eliminate subtle variations of amplitude in large areas that are almost constant amplitude in one or more colour channels. I've found that this can wreak havoc with the appearance of Polynesian flesh tones, especially when using flash. (Brown faces tend towards looking like coffee coloured slabs of skin).

In camera multi-shot HDR, if available, would deal with this scene with ease, but that may not be available to you. 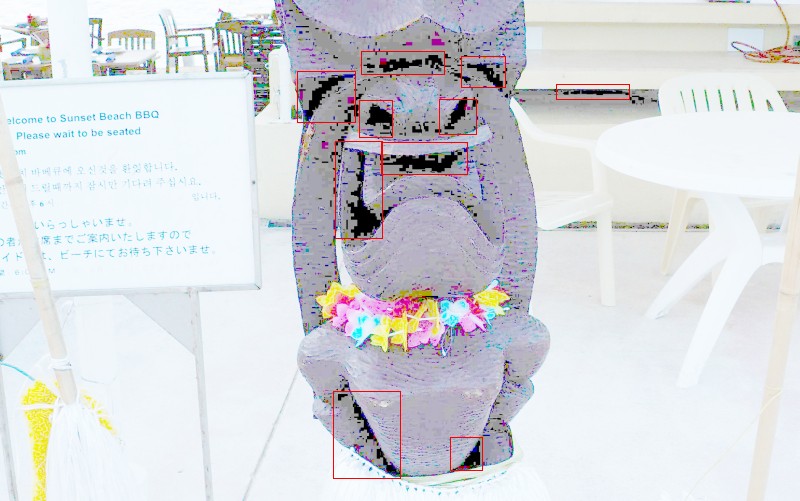 It'd be helpful to know the actual camera settings, because the histogram clearly didn't tell you what you needed to know.

For example, where are the points of focus and did your camera actually meter there? What were your ISO and aperture settings? Reliance on one piece of the puzzle isn't ever enough.

My general rule (which may be backwards, actually, but it works for me) is to expose for the shadows UNLESS there is a high contrast such as here. Then, you want to expose for the middle, knowing just how far you can push Lightroom/Photoshop in either direction.

However, I would have considered the real subject of the photo to be the dark statue, not the clutter in the background. So, I would have exposed for that and made an artist decision to allow the background to be greatly overexposed. That way, the detail you want on the statue doesn't require much modification,--you'd just pull down the highlights a bit on the computer.

You can't have it all without light modification, so you just have to experiment!

When using P, AV, SV, or full auto, EC is the best way to get a quality shot before processing the RAW. Think for your camera - if the scene is bright or backlit, + a bit, if dominantly dark, - a bit.

The flash may have helped here. I've seen pros use flash even in daylight, and that's to help fill in the shadows. Try switching to Program mode and force the flash to fire.

There's also a considerable amount of room for exposure compensation. You'll lose some detail in the highlights due to clipping, but I'd say that in this shot, the clarity of the shadows is more important than highlight detail.

Not the answer you're looking for? Browse other questions tagged exposure photo-editing or ask your own question.

26
What is ETTR (Expose To The Right)?
11
How to choose the correct exposure?

29
When should I use graduated ND filters and when should I use HDR processing?
15
Why should I use the Zone System when the histogram gives me all the information I need?
4
How to set exposure for photographing a high-contrast subject?
2
When should I use different methods of increasing exposure?
7
When should I use exposure compensation?
1
Why are details lost when dynamic range is high?
4
When editing a photograph, with respect to which reference should I set the exposure?
0
Why are all my photos still under-exposed when the settings are correct?
11
Why are my sky photographs coming out dark?
3
How can I edit this photo in RawTherapee to increase the details in both the subject and the background clouds?