How does a circular polarizer affect the “stars” from strong lights at night?

When taking night photos at narrower apertures strong light sources such as streetlights demonstrate a star effect based on the number of blades in the lens' aperture. What effect would a polarizer rotated to its most effective orientation have on these "stars"?

Unless you put a polarizing sheet on the lamps, no effect (other than the global ND effect inherent in these filters), except if there is a reflection on the ground from them, then the reflection will be attenuated.

The polarizer removes the reflections from non-metallic surfaces and the stars are direct light from emitting sources.

Since the stars appear due to diffraction caused by narrow aperture slits and they have a discrete amount of angles, causing double that amount star lines (even number of blades overlap), I don't see how the polariser could affect it.

One thing is theory, another is practice. I set up an ikea lamp in my vision lab to make the star effect and then took an image with and without polariser:

Indeed, theory is shown to be true. We only get an ND effect. Rotating the polarizer had no effect at all.

If we put a polarizer behind the aperture, like this: 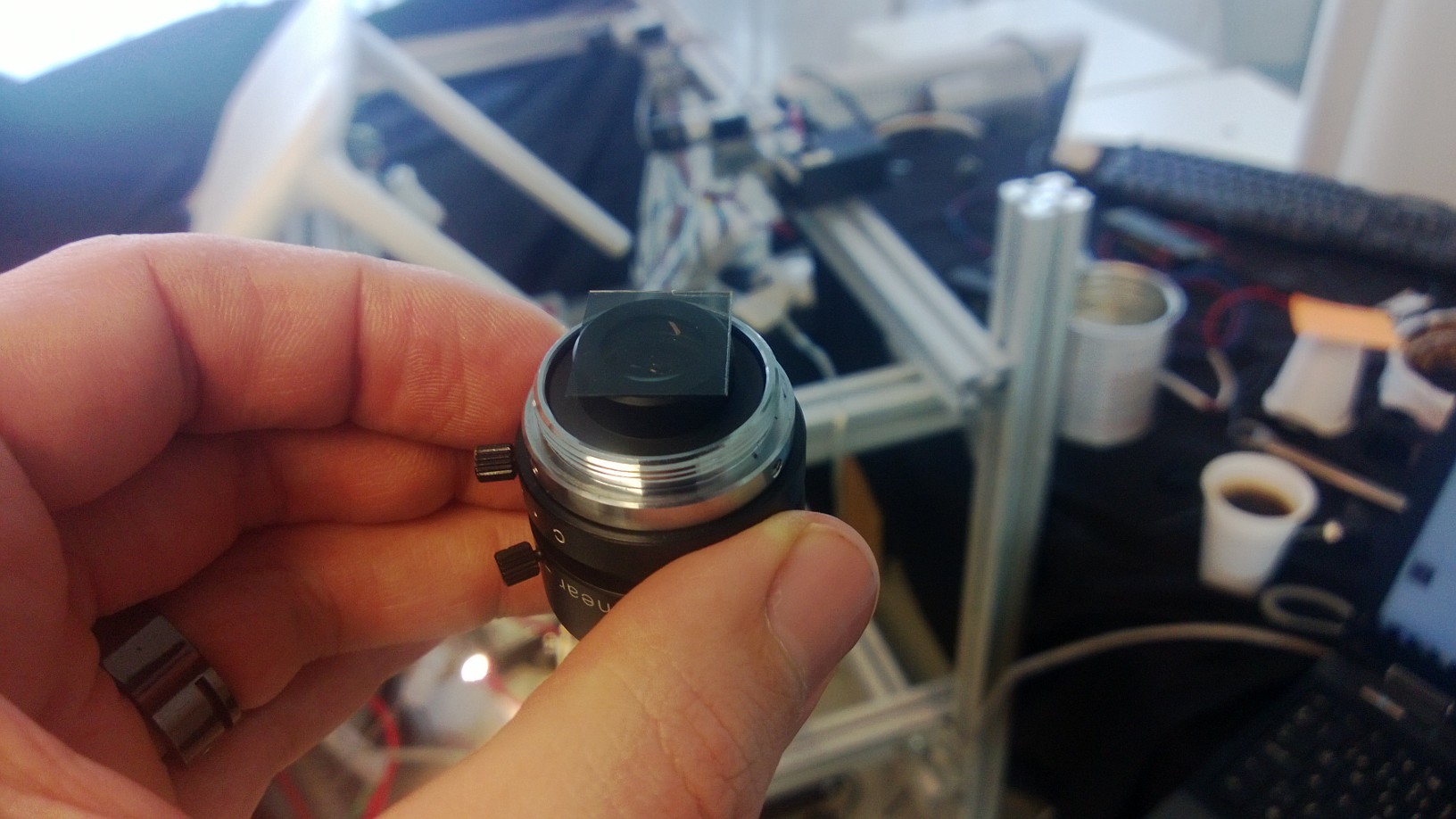 The small differences I will blame the fingerprints on the filter that I tried to wipe off, but there is still some left :)

Not the answer you're looking for? Browse other questions tagged night polarizer aperture-blades or ask your own question.