What could cause severe under-exposure when using a Canon 5D Mark III with Speedlite 600EX-RT with Evaluative E-TTL2 metering?

I recently purchased a Speedlite 600EX-RT for use with my 5D Mark III. I'm shooting with a 17-40 f4/L lens. Particularly when using the flash in the standard forward position, I get extremely severe underexposure when shooting in P mode with the flash in either High Speed Sync or First Curtain release with E-TTL2 on in evaluative mode.

There are perhaps one or two fringe areas of the image that are exposed (less than 3% of the total image) and none of them are at all close to the chosen focal point. Many images haven't even had any portion of the image properly exposed. I'm using Center Weighted Average Metering for my metering setting.

Any idea what could be causing the issue? Does the metering setting for the camera and the flash have to match for proper results? Is there simply an issue with the communication between the flash and camera body? I'm really not sure what is going on and why I'm getting such poor results with the flash. I notice it also seem to do much better when using the flash in a bump flash configuration.

Edit: As mentioned below, I do realize there is a flash exposure compensation adjustment in the flash that I can make to boost the exposure, but I'm trying to figure out why it is misbehaving rather than simply trying to work around the problem. I'm specifically looking for any additional insight in to what could be making it underexpose by multiple stops. 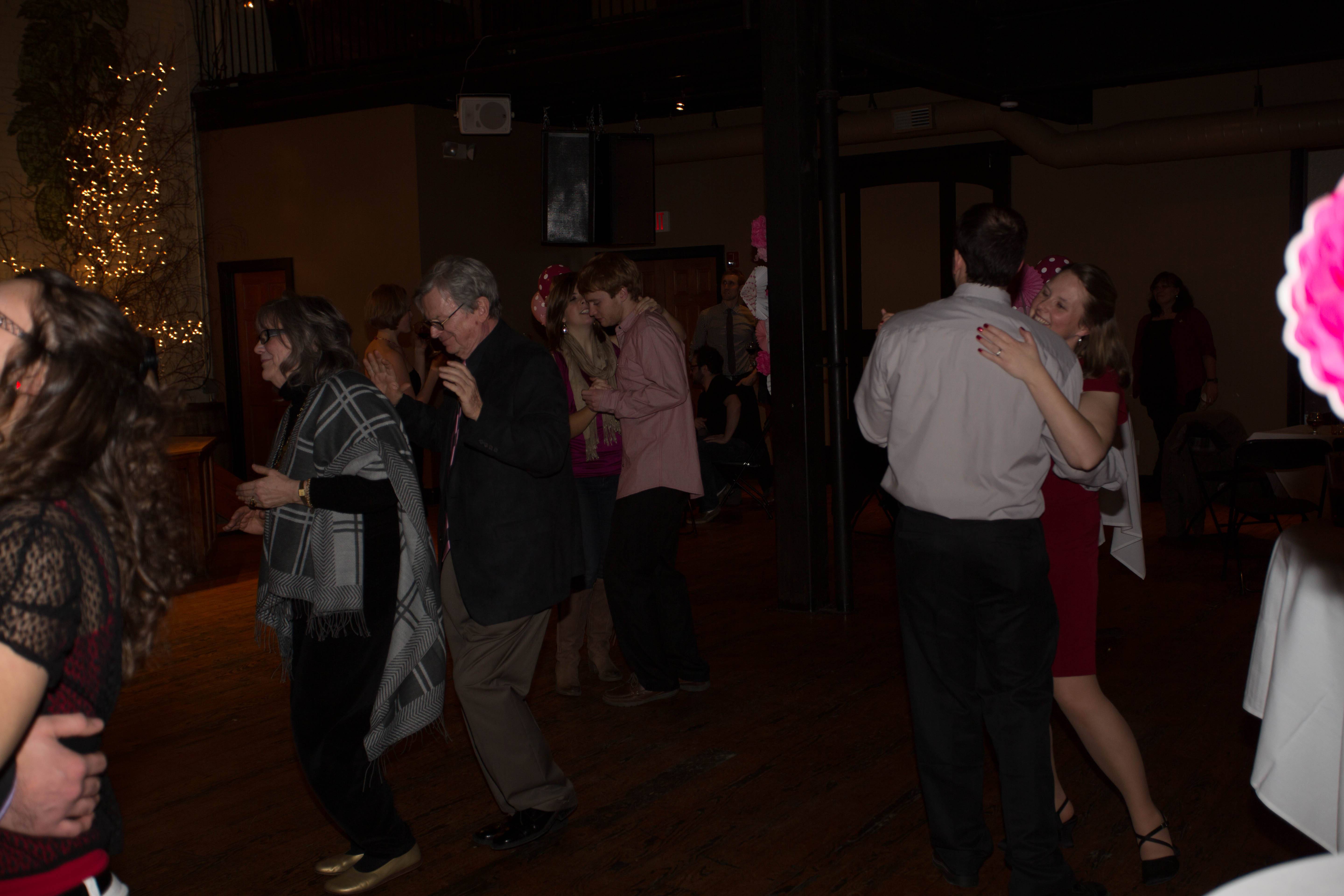 I have had identical issues with the 580 ex II.

Change the flash setting in the cameras menu to 'average' not evaluative it fixes it. I don't use evaluative for the camera settings without the flash either the same issue happens and photos under exposed. I think Canon need to revisit their 'evaluative' system.

Maybe I can help, but sorry if my English isn't grammatically right :) I got my mark iii yesterday and had the same problem with flash and under exposing. At first found that the camera exposes correct if I use the preflash button before I take the shoot. Second I found that the exposure is correct if I set the flash to master. 3rd, the thing with the master setting seems to have solved the problem, because now I get correct exposures in any settings. I'm not a computer specialist but my only idea how this could have happened is, that somehow my yongnuo wireless ettl trigger changed something in my 580 ex ii, wich I set back while setting the flash to master for one time. Hope you understand what I exactly mean and hope I could help. Best wishes from Austria, Mario

I also have had problems with both the Canon 5D Mark II and Mark III with the Speedlite 430, 580, and now the 600, so there is a fundamental problem with the handshake between the camera and the flash. Most recently I was shooting a wedding and the exposure was consistently around 2 stops under and looked just like the underexposed photo from the OP. I did a reset on the flash function settings in the camera to no avail. The camera continued to shoot as if the flash was firing at proper intensity. Normally the camera will set the camera up to be about 2 stops low then the flash brings it up to proper intensity. This gives a properly exposed and frozen in motion image that is good for most and keeps the background reasonably well lit. It normally gives good results but for some reason, the handshake does not let the flash come up to full power and it flashes only at the 2 stops lower intensity of the background. The ONLY way to rectify this is to force a re-handshake between the camera and the flash. The easiest way is to put it on another camera body and this seems to fix it in an instant. Putting it back on the original body brings all back to normal operating again. Somebody had mentioned putting it on average rather than evaluative metering for the flash but I have never tried that but in theory it might work if the camera and flash talk during that switch. It is not a good situation for sure and in the past, putting previous flashes and cameras onto the green square fixed it. That is not the case with the Mark III and the Speedlite 580 or 600 flashes.

If you are off by a consistent amount on different images of similar settings, have you considered exposure compensation? I think there is a secondary setting for the flash compensation as well if I am not mistaken.

One possibility is that you started firing off shorts before the flash was ready. It has happened to me before and makes the images severely underexposed. It happens if the battery power is low or if you have been firing off a lot of flashes and the flash needs time to recycle.

You said that you were not able to reproduce the issue? Did you happen to put new batteries on them? Did you use the flash with the same intensity as before?

The image seems to be quite underexposed indeed. Even the brightest spots seem not to be bright enough to me, so there must be something else. The flash has enough power to cover the distances in the picture, power should not be the problem. Broken mechanical parts (aperture blades, metering sensor, etc.) could maybe cause the problem, but that would be weird and seems not very likely to me.

Newest firmware of the flash and camera is installed?

Cause 1: What is the shutter speed you are using? Try to use 1/1-1/250s, do not exceed 1/250s. Heres what will happen if you exceed 1/250s(example 1/640s), if the flash is manual the result will black area on upper portion of the image due to the flash not being able to keep up with the closing of the shutter. But if your flash is ETTL and has HSS(high speed sync) it will result in an underexposed image. Here a link I found about HSS, it has sample images. http://neilvn.com/tangents/high-speed-flash-sync/

Cause 2: Are you using 2 flashes, 1 master(on camera) and 1 off camera? Heres the catch,let put it this way, 600rt is your master, so we assume you are using ETTL. Using ETTL, the camera will control the output of the flash base on available or ambient light. And your off camera flash is on manual and not ETTL. If the output of the off camera flash is stronger than on camera flash, it will result on an underexposed image. Solution: 1.If the off camera flash is on manual triggering, lower the power,until you get the desired result. 2.Use triggers that support ETTL. 3.If you are using optical slaves, there are 2 modes, S1 = manual optical slave(you have to set the power manually) and S2 = ETTL optical slave( I'm using this when I use my built in flash to trigger an offcam flash).

Cause no. 3: Maybe there is a problem with your ETTL reading, try resetting the camera.

[caveat: I am not a Canon expert]

From the photo it appears that the flash is firing at a low power setting, e.g. the reflection over the skinny man with a tie center frame, various pieces of jewelry, etc.

By all appearances the scene appears to have relatively little ambient light and therefore wide aperture, slow shutter and high ISO are implicated as appropriate compensations. On the other hand, a shutter speed that would require high speed sync is contra-indicated and the scene does not suggest motion where first curtain sync would matter.

My understanding is that Evaluative Mode is primarily intended to provide infill light rather than the primary light source. To the degree that's true, the camera aperture, shutter speed, and ISO must be appropriate for shooting with the ambient light.

My understanding of Canon's P-mode is that it allows setting the ISO to a fixed value and constrains shutter speeds to avoid camera shake, i.e. there is a lower bound on shutter speed regardless of available light.

The combination of preset ISO and lens maximum aperture require a shutter speed low enough to create blur due to camera movement. P-mode's "safety" features to prevent blurring from camera shake are raising the shutter speed and over-riding the intent of the flash settings.

Compensating for camera shake has to be done "just in time" or at the last (fraction of a) second so over-riding the flash intent in P-mode makes some reasonable sense given that the alternative is a blurred image. Keep in mind that the point of P-mode and other automatic modes is to reduce the likelihood of very poor images not to produce great ones and to increase the likelihood of capturing acceptable images. Cynically, it's to prevent having to deal with "my camera is broken" complaints from consumers using complex technology.

At a high level, the "what is going on" is that the camera is deciding what is best and because evaluative metering in a low light scene under program mode with a speed light set to high-speed/first-curtain sync is an edge case, it produces its best attempt at an acceptable image. Really knowing what is happening in this circumstance requires understanding implementation details deep down in the software at a level that the programmers themselves may not fully understand.

Not the answer you're looking for? Browse other questions tagged flash exposure hotshoe-flash canon-5d-mark-iii or ask your own question.

13
What exposure mode and techniques should I use when out-and-about?
2
When to use different combinations of TTL/TTL-BL and Spot/Matrix metering?
7
Pentax P-TTL: Why and when does underexposure occur and what can I do?
0
Why is the lower part of the picture black when using a Canon flash on a Nikon D700?
4
Canon speedlites not firing when in Live View
1
Underexposed image with Canon 5D III and flash
5
Yongnuo YN-685 underexposure issue in bounce mode at longer focal length
2
High-speed flash with Tumax DPT586 AFZ-P: Why not manual mode?
6
Canon 70D often overexposing or underexposing shots