Can I use a photo of an iphone to sell my product?

I want to use a photo like below, but with a different screenshot for my product.
If I take a similar photo, can I still use an iPhone in the shot? 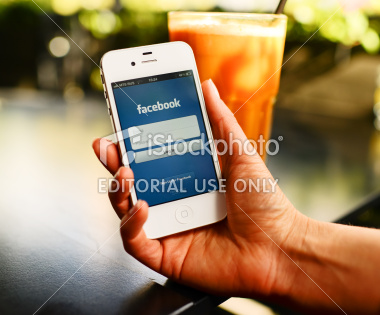 If it is for an app in the App Store, then Apple has some pretty strict guidelines on what you can and cannot do with product images here: https://developer.apple.com/appstore/AppStoreMarketingGuidelines.pdf (iOS Developer account may be required to view)

I'm not real clear what you're asking. If you're asking if you can put something on the screen of an iphone, take a picture of the whole thing, and use that in marketing materials or brochures to sell something else, the answer is of course. Are you thinking that because there is an iphone you would have to pay a license fee to Apple for using their product in a photo you took? That is not the case at all.

I am not a lawyer, but "nominative use" is a well-established affirmative defense against trademark infringement. That is, trademark grants a limited right to the owner, and not full ownership of the term. If you have an app which runs on the Apple iPhone, you can certainly say so legally even though both Apple and iPhone are trademarks. Likewise, you can show your app running on such a device. However, you can't do anything that will introduce customer confusion: you can't imply that your product is made by or endorsed by Apple.

If you ask Apple, they will probably claim protection greater than that actually afforded by law. That's the way these things work. If you have a contract with Apple, though — for example, if your product is an app distributed through their App store, or of you're part of the MFi accessory program — they can impose all sorts of additional restrictions beyond the basic legal protection, and you need to read that carefully (or better, have your lawyer do it).

If you're making an unlicensed product which is explicitly for the iPhone (a protective case, say, like this one), you're on pretty strong ground even if Apple says otherwise.

Not the answer you're looking for? Browse other questions tagged licensing or ask your own question.

17
What license to use?
20
How to respond to requests to commercially use one's photos without compensation?
3
What can and cannot be legally done with editorial photos?
6
Compensation for commercial use of photos
3
Can I modify an image I found on Shutterstock for my own commercial purposes?
1
What fonts can I use to watermark my photos which come preinstalled with Lightroom?
32
What license do I use when I don't want stock image companies charging people money for photos?
3
TV show is asking to use a photo, what now?