How to change Shutter Speed and Aperture on Canon T2i?

I have a Canon T2i and I am having a hard time figuring out how to change the shutter speed and aperture. I have tried reading the manual but it seems to be a little unclear. Can someone please point me in the right direction?

For changing the shutter speed, put the mode dial on Tv (as in the image below: make sure the white line corresponds to the letters Tv ), and turn the wheel high-lighted in red below (excuse my crappy images, I edited all this as something quick and dirty). 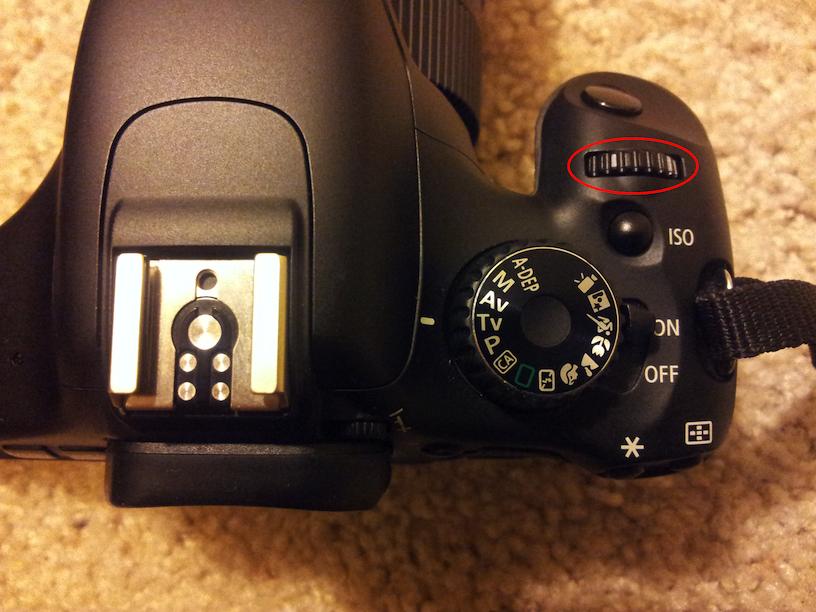 On your LCD screen, you can see the below screen (let me know if you don't know how to get to this screen). The 1/200 is in seconds - you can go anywhere between 1/4000th of a second to 30 seconds. When you turn the wheel, the number changes, which indicates the change in shutter speed. Make sure you have enough lighting when you choose a very fast shutter speed. 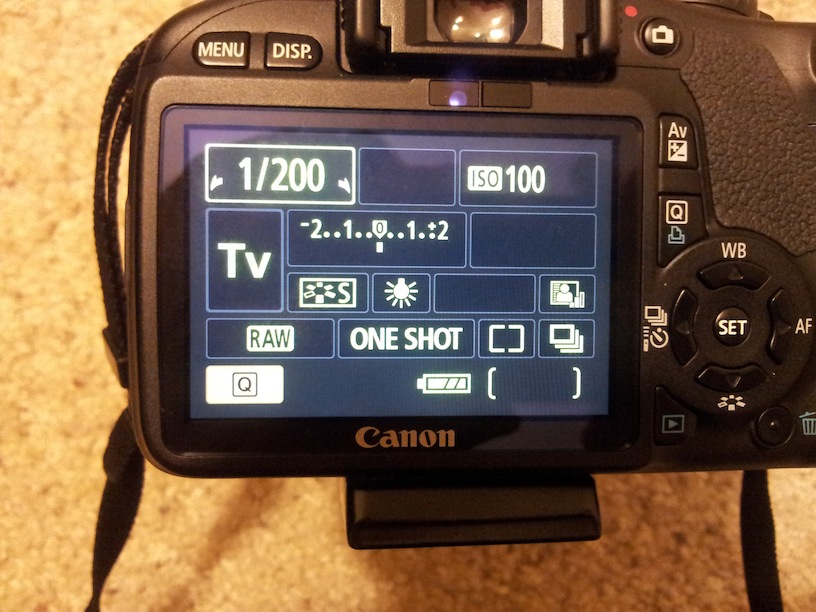 Similarly, for changing the aperture, put the mode dial on Av (as in the image below: make sure the white line corresponds to the letters Av ), and turn the wheel high-lighted in red below. 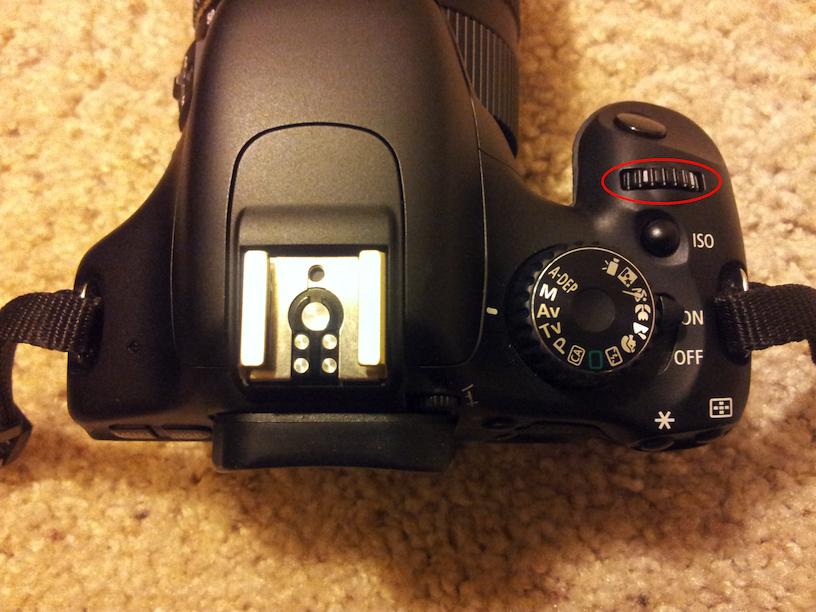 On your LCD screen, you can see the below screen. The number you see here is actually the denominator (F2.8 actually means f/2.8) For Aperture, the minimum and maximum varies with the lens you have attached. I have a Sigma 18-50 f/2.8-4.5 lens attached on my camera, so you'll see that my aperture is f/2.8. 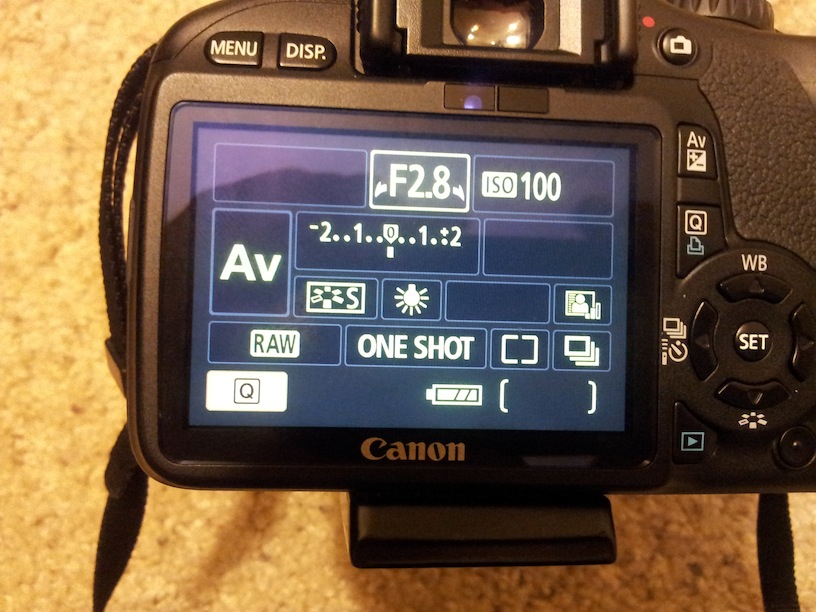 There is more to the F numbers, but since I don't want to confuse you with all the jargon, I will keep the things simple.

Not the answer you're looking for? Browse other questions tagged canon aperture canon-550d camera-controls shutter or ask your own question.