Keith Naylor Has managed to capture some stunning examples of seascapes, (see example below) 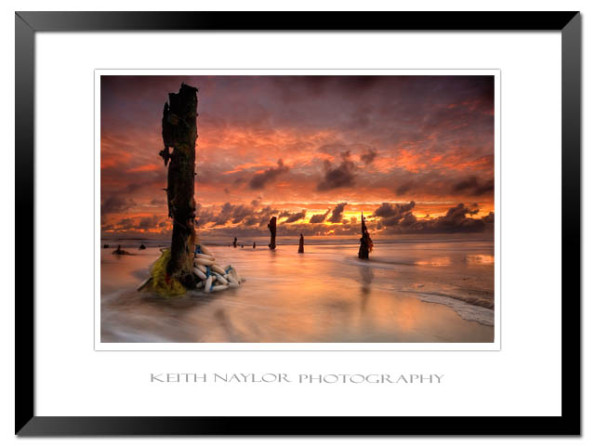 I fear that if I was there at the same time, my photo would be over exposed

A better example is 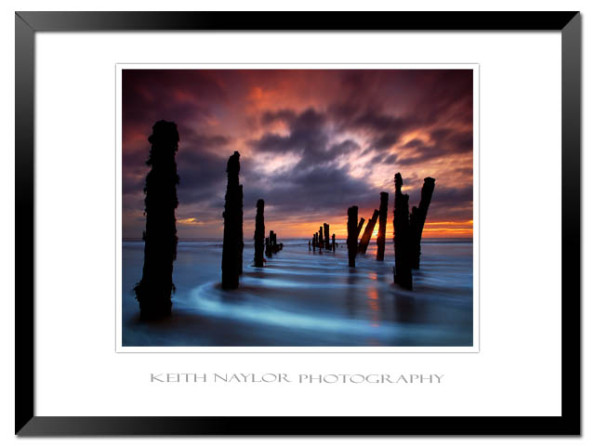 As a general rule, exposure time depends directly on the amount of available light. So if you measure the time needed for some exposure at early dawn, it would probably be bigger than the time needed after the sun rises.

Assuming you want to capture the atmosphere and colors of a sunrise or sunset, the amount of light would probably be too much for a really long exposure (even if you use a small aperture, which may not be the best option per se).

Therefore, in order to increase the exposure time, you have to reduce the amount of light coming into the camera. And to do that, a Neutral Density (ND) filter would be a great tool.

The ND filter is basically a dark piece of glass that you attach to your lens. So there is a lot less light going into the camera and you have to expose for longer times, giving you the blurred effects on water that you are looking for.

Note that longer exposures will make anything that moves blurred in your picture, which could be a benefit if you know how to use it. For example, here is a 15s long exposure done at 5:40PM in a tropical place (read: lots of sunlight) that shows how not only the sea behind the tree gets blurred, but also the tree leaves: 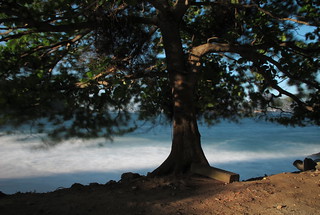 In order to get 15s at that time of day, I had to use not only one ND filter but two. Since each of them reduced the light by different amounts (3 stops and 9 stops respectively) I had to consider the sum of the reductions in order to properly expose.

Another example, this time done in a much darker environment (under a bridge surrounded by big trees), shows how a 6s exposure was enough to give the wanted veil effect on the water: 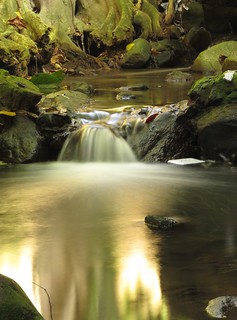 The point here is to show how the time needed to give you the fluidity effect that you want will depend not only on the amount of light available but also on the speed of the moving elements of your scene (water in this case).

Since this second example is about a small fall, the water was falling much faster than what you may find on a beach scene early in the morning if there are no waves. So the required time was smaller than on the first example.

Another important aspect of ND filters is that they come in different forms. You can have a homogenous filter that reduces light in the same way all around the filter, or you can have a filter that offers a gradient of darkness, which removes light differently on the dark and light parts of the gradient.

This last type of filter is probably more adequate for the shots you gave as examples, since you could better balance the amount of light entering the upper part of the image (the sky has a lot more light) and the lower one (the sea has a lot less).

You don't need long exposure filters for those two samples.

It's clear that it's either twilight or sunset so there's not much light.

When you keep your ISO at 100 and f11-16 you can easily longer exposure up to 1/3 of a second. It's long enough for those samples. If you keep it longer water surface will be silky smooth and I assume you don't want that.

5
What can go wrong with extreme long term exposure?
0
What Singh Ray filter combo should I use for very long exposure coastline and landscape photos?
3
Why are my long-exposure photos (with ND filter) overexposed?
2
use of nd filter in long exposure(in hours) film photography
1
Why is my 2 second long exposure shot overexposed?
14
What is a good example for artistic ND filter applications?