Is it possible to get a double exposure with a digital camera?

A lady took a photo on a ghost tour where three transparent figures appeared in the photo. The camera was a Pentax Optio S30 3.2 megapixel digital camera.

This lady did not recognise the figures and told me that there was only one photo with this anomaly. She went on to say this has only happened with this particular photo. The photo also appears cloudy. Is it possible that this could have been caused by a double exposure, corupted file or technical problem? Is it common to have such a problem only occur once? Or could it be the flash card itself could be faulty?

It's very unlikely that double exposure could happen with a digital camera in the way it could occasionally occur unintentionally (and, often, intentionally) with film cameras. That's because there's no "film advance" mechanism in a digital camera. Each frame is read as a separate file, and there's no plausible way for them to get mixed up. If the electronics were so scrambled as to make that happen, you'd get a broken file, not a coherent overlaid image. Likewise, if you get any image at all from a faulty flash card, the result will be distinctively blocky (like this), not cloudy or ghost-like.

While some Pentax cameras do have a multiple exposure mode designed to give this kind of effect (and also HDR modes which could in some circumstances give a similar appearance), the S30 does not. It does have a "two-in-one" mode, but that clearly slices the frame in half rather than overlaying the two exposures.

The more plausible explanations here are:

Keep in mind that before photography, ghosts were not usually described as having the diaphanous double-exposure look we associate with them today. That appearance doesn't come from folklore, but from early attempts at fooling people using, yes, double exposures. The technology has changed, and there are more advanced (and easier!) ways to doctor an image, but for some reason, we've held on to that idea of semi-transparent ghosts.

Particularly given the detail of "she did not recognize the figures", it seems like some degree of wanting there to be a ghost is involved. Without seeing the image or knowing the woman, I'd put my money on #4, or on #3 exaggurated into #4 by a strong wish to believe. And if you're friends, I think I'd just not push it. People really like their ghost stories (particularly, people who go on "ghost tours"), and it's mostly in fun, so actually getting serious about debunking the photo kind of ruins that.

With a digital camera, it's much more likely to see something like this with a long exposure and multiple flashes firing during the exposure. If you google "long exposure multiple flash", you can see some examples of the effects possible with this technique, including some that appear somewhat ghostlike. One of the links returned does a decent job of explaining the technique in more depth, as well.

Since it is a Ghost Tour, it would not surprise me if they made it special for the tourists with some tricks along the tour. When photographers use their in-camera flash it would be relatively easy to give them a photographic evidence of those ghosts in their own photos.

It only needs an old film SLR camera with the rear "door" replaced with a flash unit. Also needed is a lens of suitable focal length and a slave trigger for the flash. And of course a piece of film with ghostly figures on it. This device could be a permanent fitting in the house. After all, it is a Ghost House giving tours to travellers.

Now, when a tourist takes a photo in a room where the ghost-projecting equipment is hidden, the "ghosts" are flashed out simultaneously with the flash of the tourist's camera. It should be quite unnoticeable because both flashes fire at the same time and the trick-flash is like a simple flash-operated slide projector.

While I agree with the other answers, it's worth noting that yes, some digital cameras can make multiple exposures in one photo. I think this is a feature limited to higher-end DSLRs. I don't know if the Optio is capable of it, but I doubt it.

I have taken thousands of pics on my Fuji and it has happened twice. Both picures of my dog 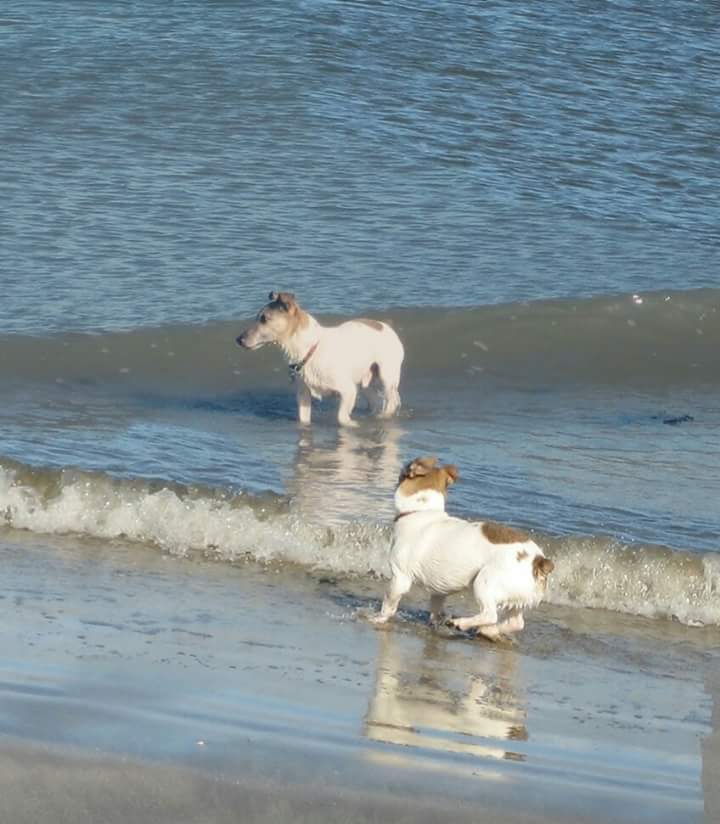 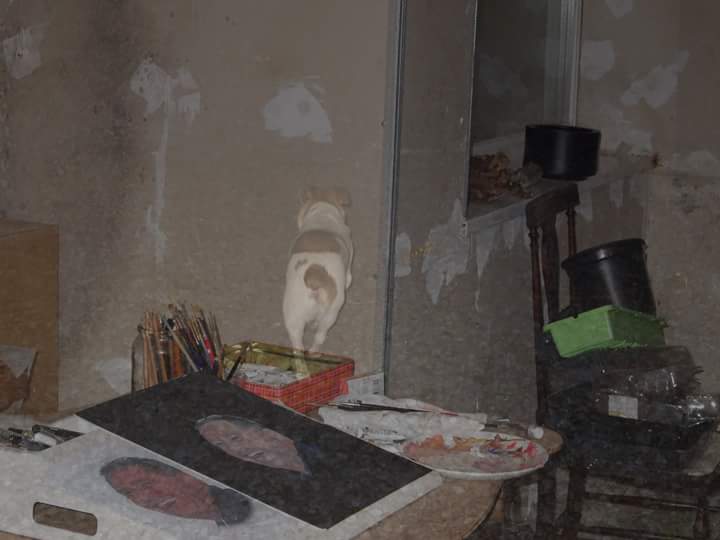 The beach pic was in good light. The other as you can see was not, and the dog was not in the room.

Not the answer you're looking for? Browse other questions tagged digital multiple-exposure forensics or ask your own question.

19
Why do images get “corrupted”?
0
Double exposure with Canon 700D?
2
What causes double appearance in a single picture?