What are my options for buying and developing film for a vintage 1913 Kodak camera?

Today I was given a vintage 1913 Kodak camera, a Kodak Premoette Junior. What sort of film was it originally designed for and where can I buy it and have it developed?

Can I improvise with some sort of modern medium format film? 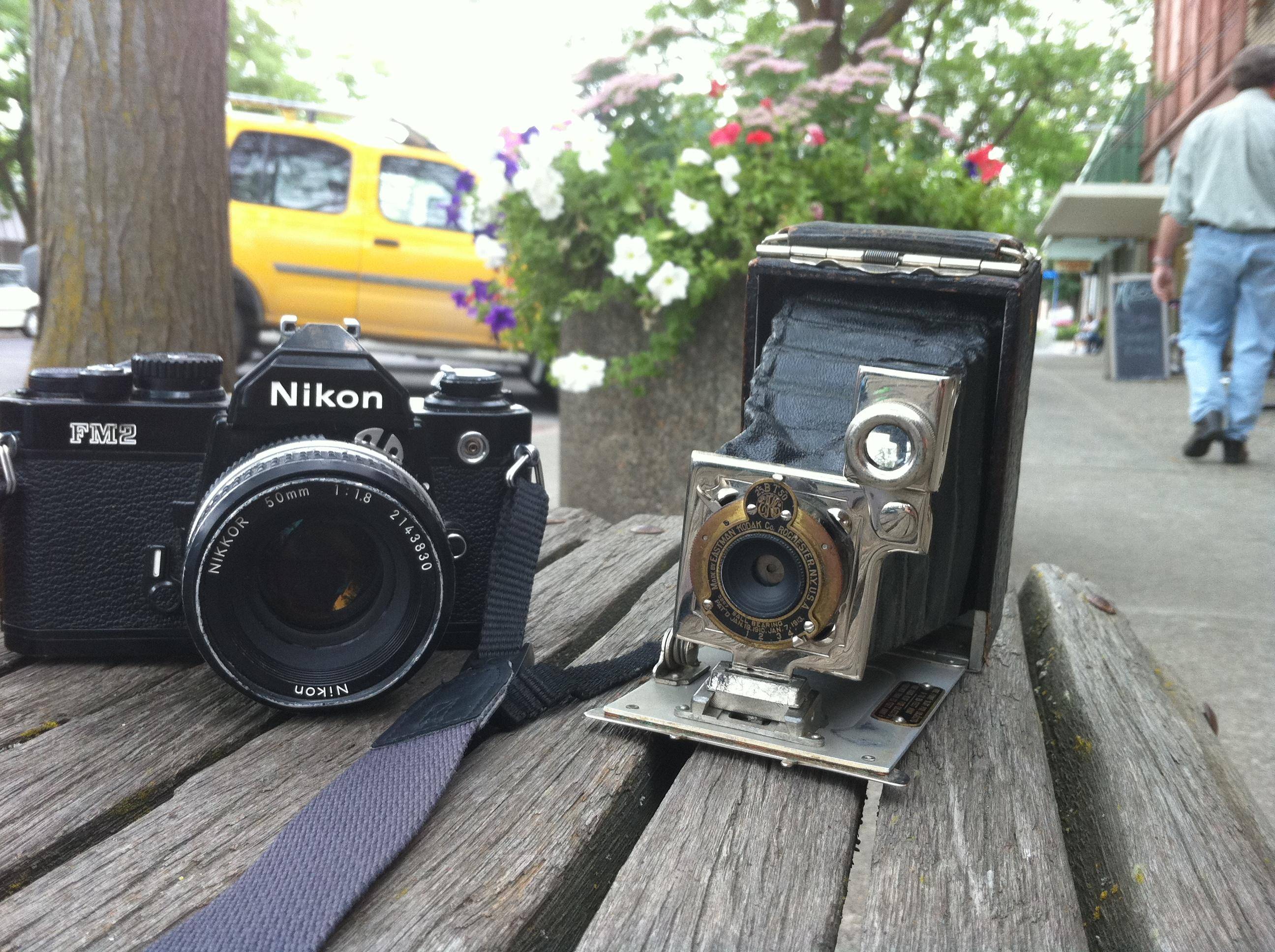 The manual (linked from the camerapedia page) says it takes a particular kind of 21/4 x 31/2 pack film, which (like I think you guessed) isn't made anymore.

It's hard to say without being able to look at the camera, but I'd suggest there are two main options:

The first is to use 21/4x31/4 sheet film, which should fit. You'd likely have to rig up some sort of way to keep the film in the right position, but that's usually fairly simple and non-destructive (like a piece of foam, or taping the film to a piece of card, etc). This size isn't particularly common, but is still available (e.g., from Freestyle). This would make it into a simple one-shot camera that you'd have to reload in the dark.

The second option, if you're particularly handy, is to modify the camera. You may not want to do this if the camera is particularly valuable (I don't think it is, but I'm far from an expert on how collectable this type of camera is, so best to find out for yourself). This is all very speculative, you'll have to judge for yourself if any of it feasible, but hopefully it gets you started:

As for development, medium format is by far the simplest: if there's noone locally, there's still lots of send-away options. 2x3 sheet film is trickier; not a lot of places develop sheet film these days, and 2x3 is a "weird" size - 4x5 is far more typical. I'd plan on doing that yourself, especially if you opted for the simple one-shot method. Instant film, obviously, wouldn't be a problem to develop.

Maybe you can spool a 120mm roll in a dark room and advance the film with the camera's controls. the roll can then be developed (120mm is still pretty doable in cheap commercial services).

Also, as nobody mentioned this, but those bellows (the black corrugated thing between the lens and the film) might have holes, which, as you can probably guess, lead to light leaks.

This is not necessarily bad, if you're into that kind of effects, and also can be easily fixed. You peek through the film side, with the lens covered, in a brightly lit area, and spot the holes. Then it's just a matter of covering them with black tape, or some creative alternative.

You are very lucky. My suggestion: Don't even try to use it. it would be better off as a piece of art or on a antique shelf.

6
What are the results of developing slide film (E-6 process) with C41 chemicals?
7
Where can I buy film for a Kodak Instamatic 500?
5
What should one look for when buying a used film camera?
4
Where can I find B&W film for an Imperial Satellite 127 camera?
12
Is there a specific color temperature to film?
2
How do I use new Lomography 120 Film in a vintage Diana F Flash Camera?
4
What's causing the definition and colour problem with my photos?
3
What process should I use for developing old (Ferrania?) CR50?
0
What is the correct developer for BW Kodak Tmax 400?
9
Developed film has dark/bright wavy line spanning across entire film