What shutter speeds should I use for cars in motion and slow-sync flash?

I'm an amateur with a Canon EOS 400D/Rebel xti.

I know that any given shot requires it's own recipe for shutter speed, ISO and aperture, and I'm aware of the triad of those three.

I typically shoot in aperture priority mode, but sometimes I want to deliberately get a certain amount of movement in a shot, so go for shutter priority mode.

What is a good starting-point shutter speed when I want to capture the following:

Motion - For example, when taking a picture of a moving car, wanting to get the wheels looking like they're spinning, and the background motion-blurred, but with a good chance of keeping the car itself sharp.

"Slow-synchro" flash - For example at an indoor dinner or (darker still) disco, where you want the subject to be illuminated by the flash and quite sharp, but where the shutter is still open long enough to capture the background lighting.

It depends on a few variables eg, speed of subject / distance to subjects / focal length / speed of moving camera (for panning shots) etc.

But I would suggest just start at 1/20th second, take a test shot, then adjust as needed. Simple!

Well, now you're adding a fourth factor in the exposure with the flash (flash power / distance etc.).

However, assuming you're using the built-in flash or a speedlite that supports ETTL... I would allow for slightly longer shutter speeds, since the flash will freeze the main subject and you probably want long light trails for artistic effect. 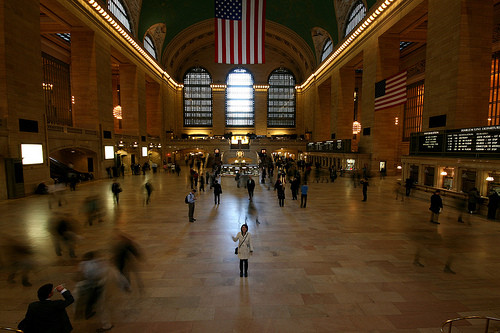 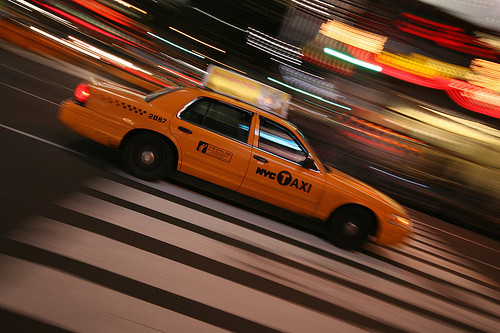 The Digital Photography School has a couple of nice articles on the subject:

How to Capture Motion Blur

Both describe the topics nicely, I highly recommend the site for some good tutorials.