Is this a reflection in my photo?

I can't quite figure out what exactly is appearing in my photo. I was thinking it could be a reflection but I really don't know. This is the full size image, then a crop at 100%. No Photoshop has been applied at this point, just simple Lightroom adjustments for levels, color, etc. 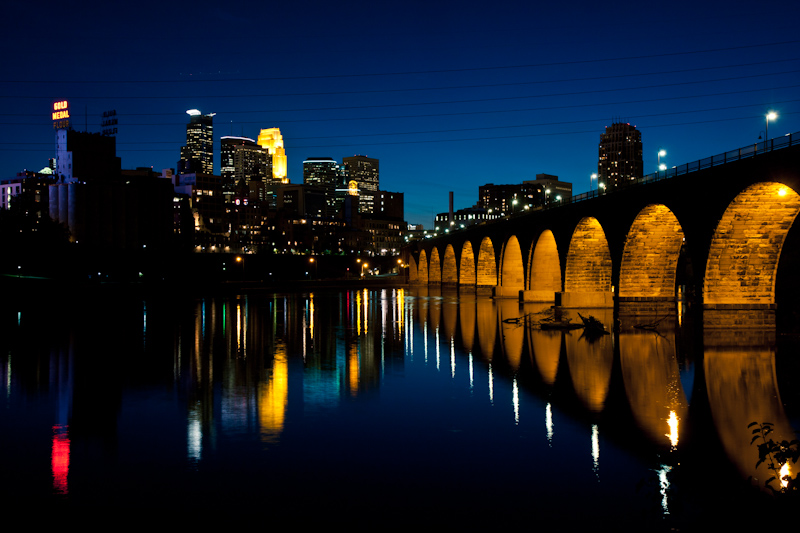 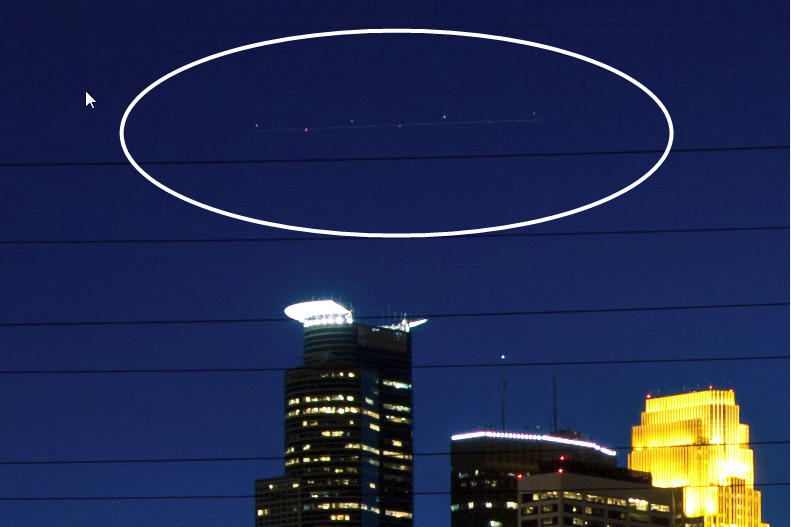 Considering the relatively long exposure time, I would say this is an airliner flying over. You can see how the lights flash on alternate wings. The central line is likely some other, steady light on the undercarriage.

It is an aircraft with the green and red navigation lights on the wings blinking alternately for takeoff or landing. When large commercial planes are at cruising altitudes they normally have a single, very bright strobe that blinks on the underside of the plane. The other navigation lights like those on the wing and tail stay on. This can be seen in the lower left of the photo below taken during December's Geminid meteor shower. The line on the right is not a meteor either. The satellite's orbit is consistent with CZ-2D, a rocket booster launched 11/20/2011 from the Peoples Republic of China. It is a spent rocket booster and is probably tumbling, which explains the variation in brightness. Photo was taken 12/14/12 at 05:17CST. Ursa Major (The Big Dipper) is just to the left of the satellite's trail. (If you right click the image and select "view image" the darker back ground makes seeing it easier, then left clicking the image will display it at full resolution) 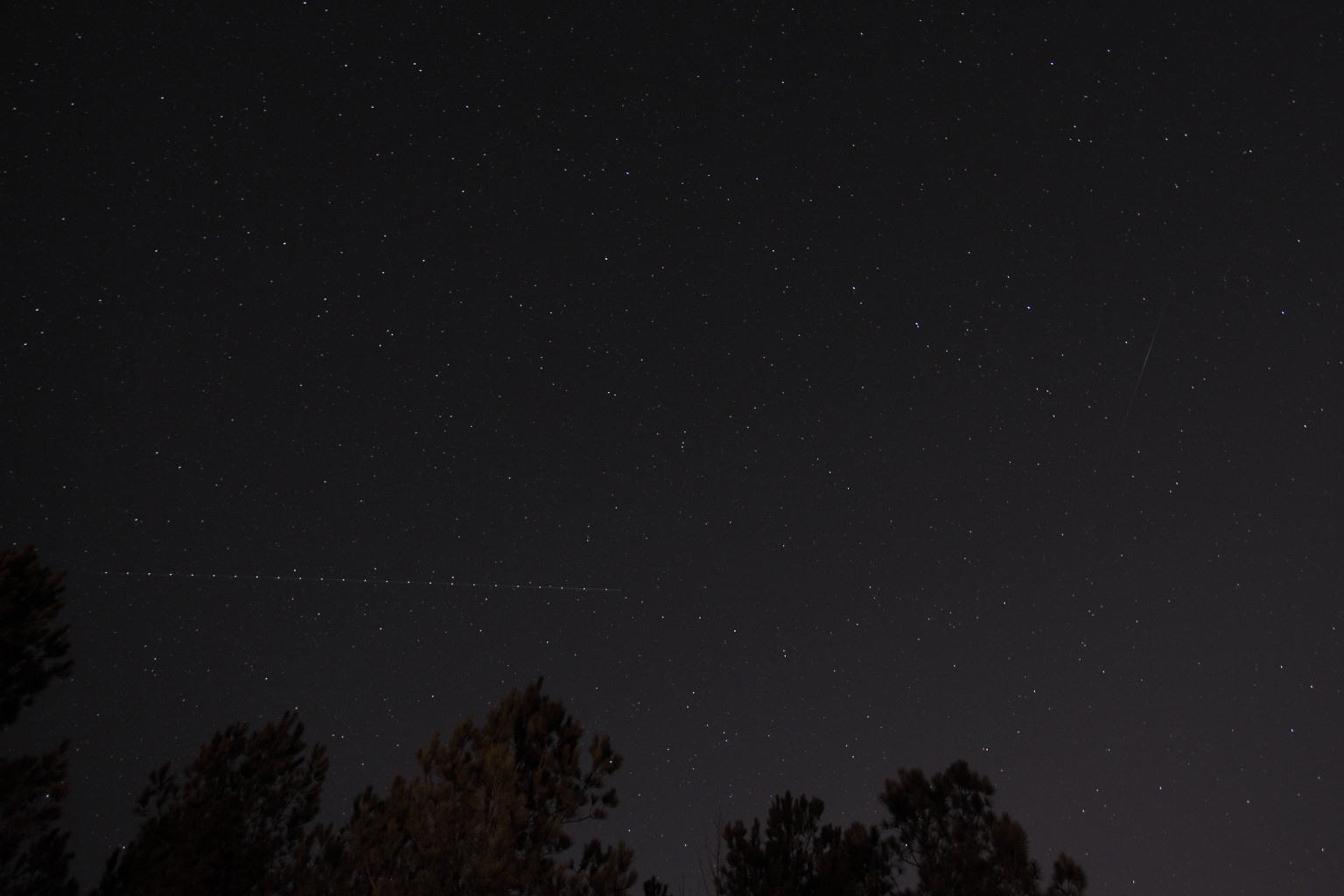 The picture below is also a satellite passing overhead. Much dimmer, but at constant brightness, than the first and moving slower in a higher orbit. It matches the orbit of one launched from the Soviet Union on 12/14/1982! It was named Meteor 2-9. Isn't that just two weird coincidences? (I caught it during a meteor shower on the 30th anniversary of its launch!) Photo was taken 12/14/12 at 04:35CST pointed at the constellation Leo Minor.To the eye it was brighter compared to the stars. During the 30 second exposure it was moving from left to right so the light it reflected from the Sun (just below the eastern horizon) was spread out along the path it followed during that time. 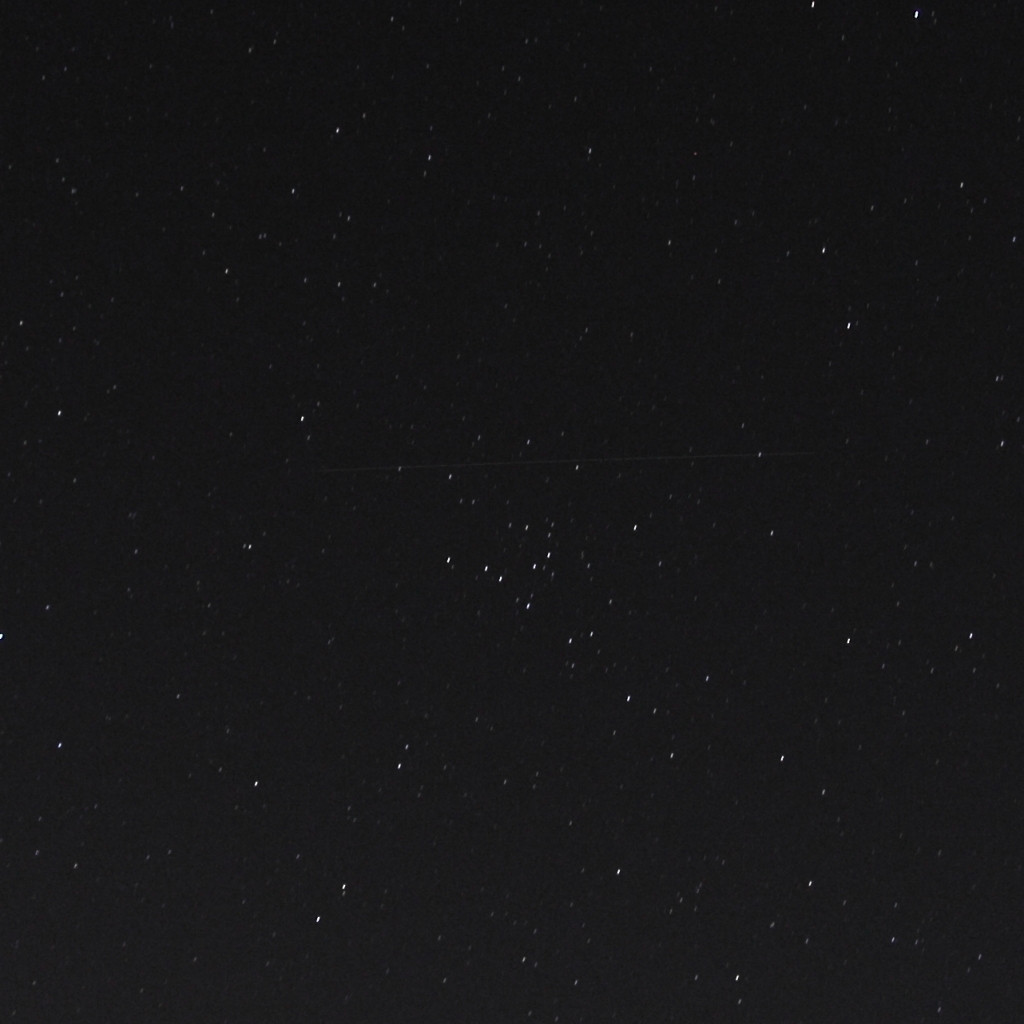 If it didn't have colored lights, I would have said it was a satellite in low earth orbit. Those types of things can be tracked via websites such as n2yo. It's probably just an aircraft, as suggested by somebody else.

Not the answer you're looking for? Browse other questions tagged long-exposure night reflection or ask your own question.