Why are the Curiosity pictures shown tilted?

This one is the last photo that the Mars rover took this week: 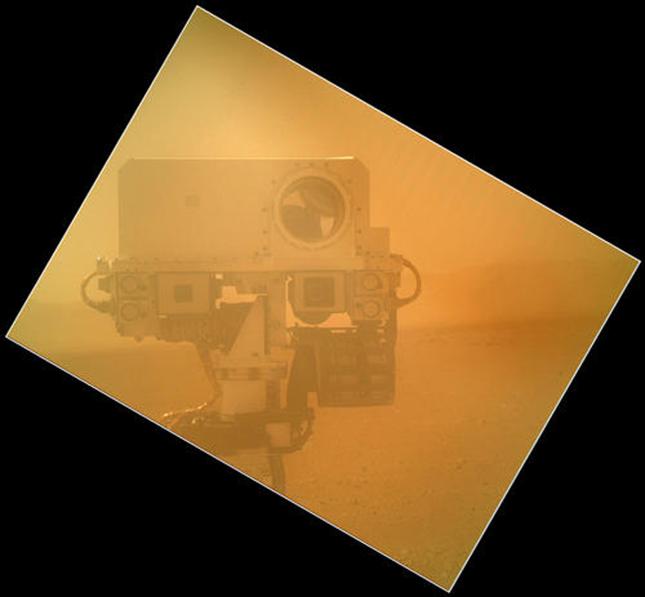 Why is the picture shown tilted? Why doesn't NASA rotate it and show it in the correct angle?

That's a picture of the remote sensing mast, which houses the main cameras. Since there's no one else there to be snapping the portrait, this had to be taken with one of the other cameras. In fact, it was taken from the Mars Hand Lens Imager camera on the robotic arm, and that's probably just the position it was in for the self-portrait, either because that's where there's a shot with no obstructions, or because it wasn't considered worth making extra moves.

If you watch this video, you can get some idea of the contortions the arm can make. The main point of the MAHLI camera is taking photos of the ground; the landscape scenery shots (and doubly-so the self portrait) is just bonus.

I'm guessing that the tilt is a combination of getting a clear shot plus reducing unnecessary movements. However, it's interesting to note that the same 30° tilt is there in the first color image from the surface, and NASA notes that this is the tilt in the stowed position. They're just in the process of putting the arm through its paces and maybe they hadn't gotten to the point of tilting the camera in a different way.

In any case, the image is presented rotated, to make the horizon align and to make down be down — in other words, they did "rotate it and show it in the correct angle". They could show the horizon tipped and the frame square, but why?

Direct answer to direct question, why did they not rotate it? 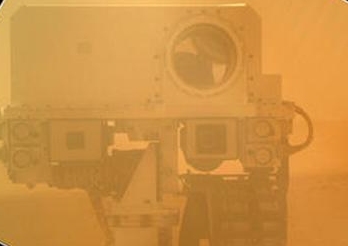 Cropped from the already rotated image: 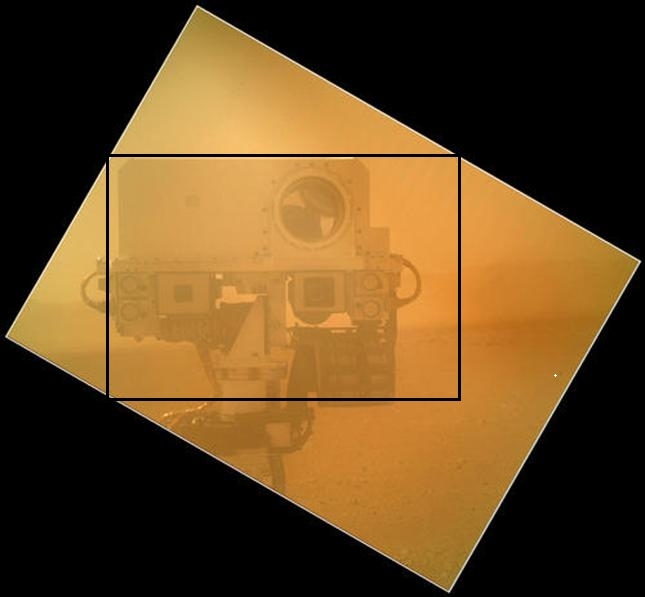 Rotating while keeping the horizontal rectangular shape means the photo will be cropped from corners. In a case of this much rotation the cropping is quite severe. So they chose to show all the image data they got, instead of cutting more than half of it away.

Not the answer you're looking for? Browse other questions tagged composition extraterrestrial-cameras or ask your own question.

9
What and how to crop?
3
Why are Curiosity Mars rover photos black and white with huge white border?
1
How to photograph a paper-boat in the river?
6
How can I make a picture like this one of a bridge in green landscape seem less plain?
2
Why don't sensors on satellites and rovers degrade as quickly as DSLRs on the space station?
9
My attention gets repeatedly distracted by the elements needed for the context in this picture. Where am I going wrong?
7
How to show great heights and depths without the road dividing the picture into two halves?
12
When are people or cars in photos not the subject?
3
Underwater: Edit and Join separated layers smoothly
1
disappearing off to infinity