How to Take HDR Photos of Moving Objects? [duplicate]

How do I take great HDR photos of moving objects? By moving objects, I mean cities with cars, ocean with moving water, malls with people moving by.

I tried it on moving people and had noticeable ghosting, using bracketed shots at + and - 2ev.

What's the basic technique on getting sharp looking HDR photos in areas that are moving? I'm assuming it's not bracketed shots but a single shot with exposure editing?

In the example at the bottom, I had many moving objects(cars), but the majority of the image is still comprised of static buildings. The first image is right after creating the HDR/tonemapped image. The second is after my "fix". My fix was bringing the tonemapped image into Photoshop, bringing in the middle or "properly exposed" image as a layer, and masking in or out the portions that I wanted.

Essentially in the final image you only see one version of the cars because that is all that is visible, a single frame and not each "ghost" or partial capture of a moving car that the HDR had in it.

It can take a bit of playing in Photoshop to get this right, and sometimes to get the moving object to look good, you need to adjust levels of the image you are masking back in to match the new levels of the tonemapped image.

Majority of Subject Has Movement

This technique doesn't obviously work great for an image comprised primarily of a moving object. In that case, the best way that I have found is to use the highest shutter speed possible, and let the HDR software auto align the images. It will attempt to correct for the slight movement between frames on its own, and sometimes this works out.

The above is only really possible when you have a camera that can auto-bracket, otherwise doing so manually using dials or controls on the camera slows down the process enough that it isn't really possible.

As you pointed out in the question, another option is to create a single image HDR. This is kind of a "way out" if you ask me, as it doesn't really give you much more detail and is not worth it in many cases. But if you have no other choice this might be something you can try, but your results aren't going to be as dramatic as a multi-image HDR.

Image after HDR creation and Tonemapping 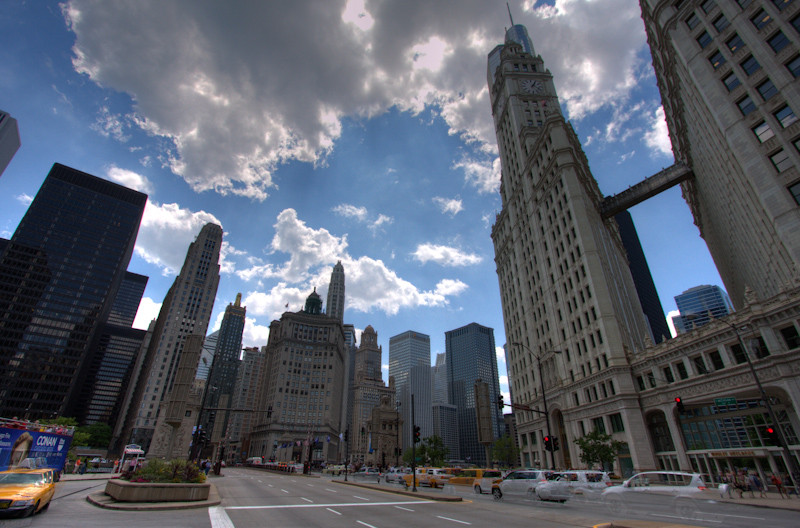 Image after HDR/tonemapping and Photoshop masking 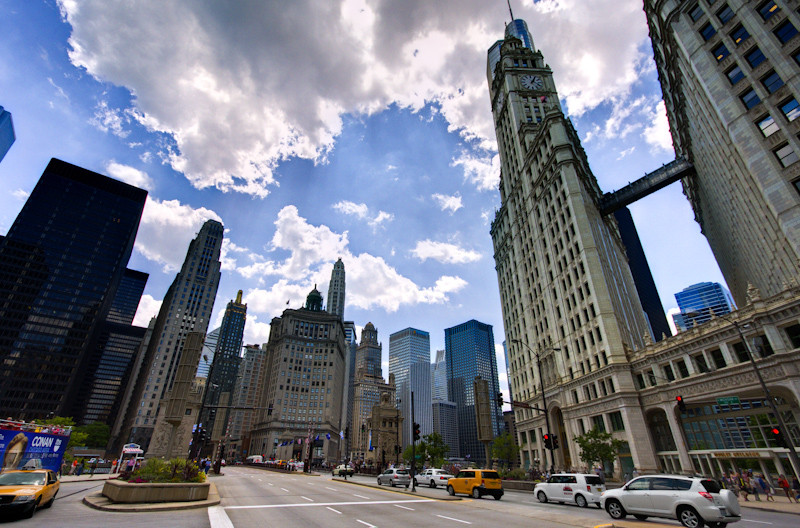 The first step is making sure you actually need multiple exposures. Some cameras can deliver enough dynamic range in a single exposure to alleviate the need for making multiple images.

One way is through a single image HDR:

Another way is by using Photoshop's Shadows/Highlights feature. You might be amazed of what you can pull out of the shadows/recover from the highlights with this.

Once you've exhausted other easier ways, Photomatix is great for objects that have moved between exposures.

I manually made selections around the cars and the zombie couple to avoid ghosting. Just select the manual de-ghosting option, and Photomatix makes it somewhat easy, if manually intensive.

I would recommend manual blending of exposures. In many scenes the areas of different brightness are clearly demarcated, for example the sky might be one exposure range and the foreground another.

If the motion is extreme then you can take a single shot, pull up the shadows and then tonemap but the downside will be increased noise, especially in the shadows.

I sometimes use a long shutter speed for an HDR photo. This means that anything that moves during the exposure will be either pleasantly blurred or have been out of frame more than in frame and will be a lighter artifact that I find is easier to deal with.

I find that either the blur is nice and adds something to the photo or the ghosting is light enough that it is an easy fix in photoshop.

Not the answer you're looking for? Browse other questions tagged hdr subject-movement or ask your own question.

25
How do I photograph moving subjects to allow good HDR processing?
2
Is it possible to shoot moving water in HDR?
0
HDR with movement

25
How do I photograph moving subjects to allow good HDR processing?
3
How to take faster HDR shots with a Nikon D7000?
4
How to take HDR photos?
4
How to do HDR with long exposure photos?
0
Is it possible to take HDR-photos straight out of camera?
0
How to take a moving object(far distance) in outdoor low light situation?
0
How does the iPhone 5s manage to take HDR photos at full-frame rate?
1
How to make a shot when light comes from outside and subject is moving (Cannot use HDR)
0
Combining “long-exposure” photo stack with HDR in Photoshop and Google Nik Collection