How to photograph a couple exiting their wedding at night?

This is my first wedding season, and I'm mostly a natural light photographer. I'm starting to get weddings that end later in the evening. When it's really dark out, lenses obviously don't know what to focus on so they don't. I've heard of other photographers using video lights in situations like this? And if I use a video light then do I even need my flash for anything? At this point I have a detachable flash, and a Gary Fong diffuser. I would like to know how other wedding photographers handle this type of lighting situation. Any recommendations would be much appreciated! Thank you!

I would recommend a hotshoe flashgun with a good AF assist lamp. Provided you work within the distance limit the AF assist lamp will allow you to focus right down to total darkness!

The reason for this is that the AF assist lamp comes on briefly during focusing, then goes off. This is much less intrusive and noticeable than a video light which is constantly on! Generally the best shots to be had at a wedding happen when people don't know they are being photographed. Walking around with a big light above your head is going to make people very aware of you.

For the actual lighting I would use the flash, provided I could bounce it off something to diffuse the light. Outdoors this usually means the side a building or a canopy. This is a real advantage of the flash as a video light wont be bright enough to bounce, as spreading out over a wide area costs a lot in terms of power. Here is an example of an outdoor bounced flash portrait:

I only use direct flash as an absolute last resort, in fact I'd almost always prefer a longer exposure high ISO shot, with everything that entails.

PS If you shoot Canon there is a useful hack whereby you remove the red plastic cover that sits in front of the LEDs, increasing the brightness (the cover is replaceable if you do this carefully, I didn't!) The light still comes out red so I don't really know what the cover does.

After all the theory is gone through I almost always find that going out and "playing" with a camera is the best way to come to grips with reality. However ...

What camera are you using?
Many higher end models have a focus assist lamp built in and/or can use the flash for focus assist. Your camera may already have that capability without you being aware of it.

You can get excellent results using a 'flashlight' for focusing which is removed after focusing and before the photo is taken. If you have three or more arms or are especially adept at doing N things at once you can operate the focus-flashlight yourself, but having an assistant do this can be 'very useful'. The subjects (here bride and groom) need to have the what and why of the flashlight explained so they do not react adversely.

A video light or similar "lighting bank" or photofloods can be useful but to get the sort of signal to noise ratio that a wedding usually demands you may want higher light levels than a video light may be able to provide over the whole scene. See comments at end re power needed for a given lighting level from a "video light".

A flash of suitably high guide number will usually illuminate up to a moderately large group of people relatively well. Anything with a guide number of 50 up will be about as powerful as you reasonably need and lower guide numbers (say 30+) will be good enough for most situations.

Whether a video light or similar portable "lighting bank" is useful to get the sort of signal to noise ratio that a wedding usually demands depends on the performance of your camera at higher ISO settings, the area that you wish to illuminate and the Wattage of light that you are prepared to use.

Modern LED white light sources are potentially capable of over 100 lumens per watt (with the top LEDs now exceeding 150 l/W) but the overall output of packaged units after reflectors, diffusers and lens/glass is accounted for is usually under 100 l/W. I've used 75 l/W in the formula below. Acceptable light levels depend on camera and context. I've used 300 lux = 300 lumen/Watt as an acceptable level. 300 lux is "nice and bright" to the eye but only a very small fraction of daylight (full midday sun = 100,000 lux.) You will need to make your own decisions about what light levels allow suitable quality.

ie not many Watts at all are needed for smaller areas - 10 Watts of LED lighting should be ample for the couple only, but
if you want say a 10 foot x 10 foot area or about 10 square metres you want about 40 Watts of LED lighting to get 300 lux iullumination. That's entirely doable BUT many LED video lights would be well below 40 Watts. 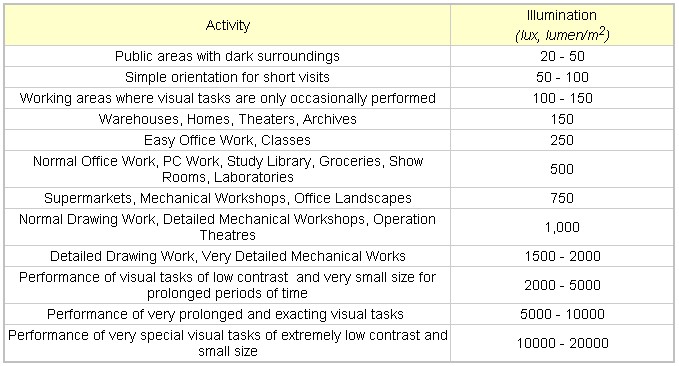 Not the answer you're looking for? Browse other questions tagged lighting night wedding or ask your own question.

5
How should I light 2d artwork in a makeshift studio? What lighting products do I need?
20
How do I prepare best for my first wedding photography event?
11
How much do I charge for the first time wedding photo shoot?
2
How do I set up off-camera flash for wedding receptions?
17
How to photograph sparkly objects?
6
Portrait photographer asked to shoot a wedding — how should I respond?
22
As a professional photographer, how can one handle a wedding photographer being rude or demanding in a way that will compromise overall image quality?
3
Which focal length should be 'always on' for a wedding?
3
How do I create a more natural look for watch photography using a Light Box?