How to edit the exposure/contrast of two different areas of a photo with a smooth transition between the two parts?

I'm a complete newbee in photography and in photography editing, but I made a a photo I really like with my phone, and I would like to improve it numerically.

Here is the photo. 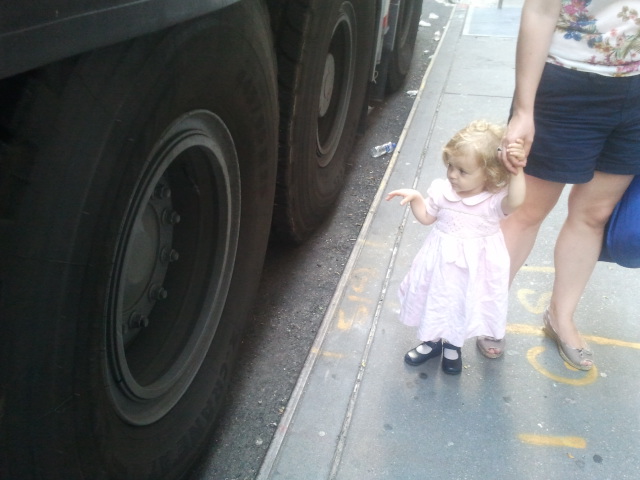 I know how to use gimp to fix the exposure and the contrast to get a good result for each of the two parts of the photo (the dark part on the left, and the bright part on the right), but no set of values is good for both sides.

If I select areas and apply different sets of values, the line between the two parts becomes too visible.

What's a good way to solve this issue ? I use gimp, but i'm ready to use any other software.

Here's a quick and simple way to do it. Your source image is 640 x 480 and a bit hazy so there is no reason to use a more complex solution. 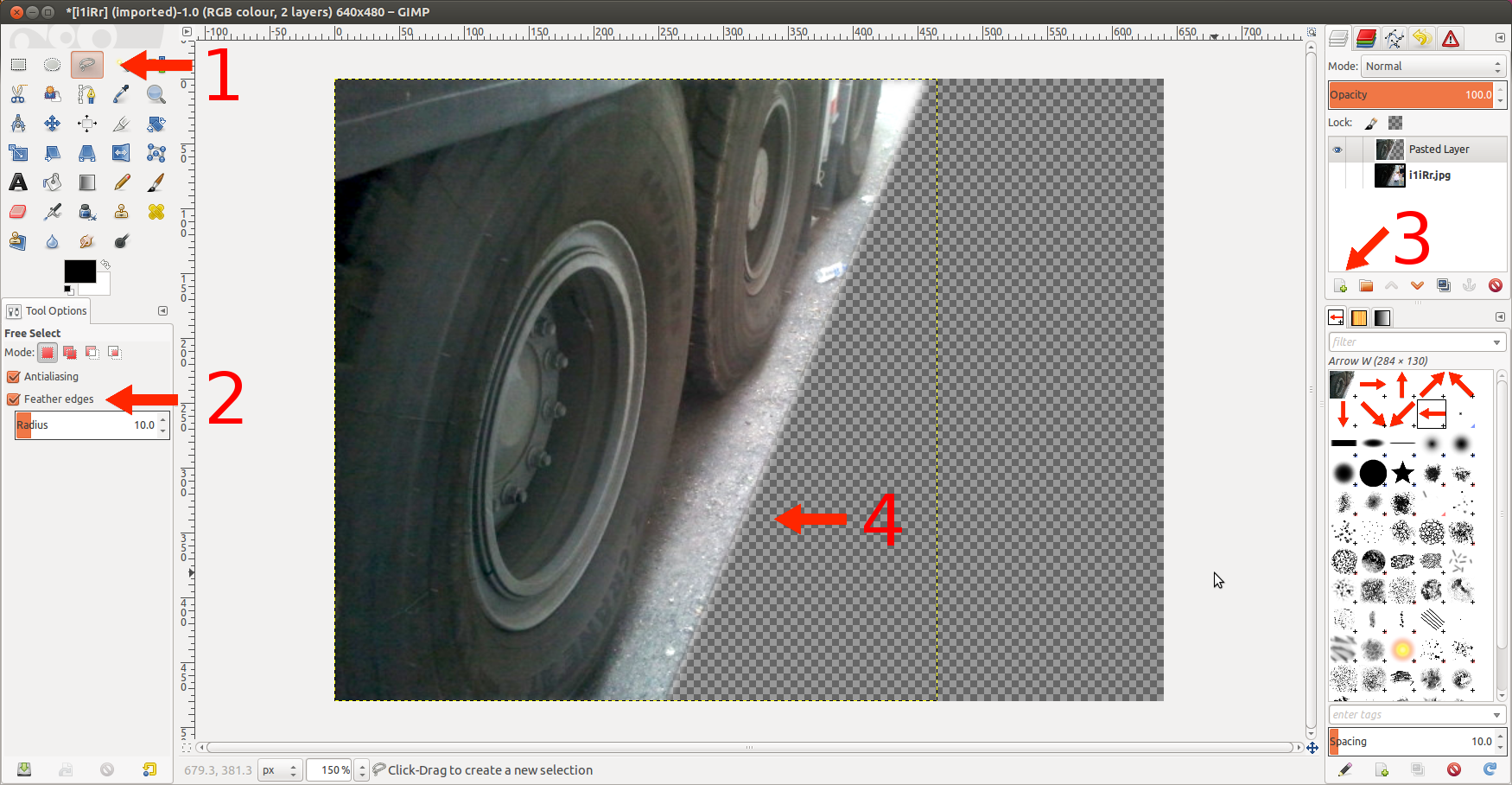 Here's the one I did as an example. As a side note, if you are able to take the back off of your mobile phone to take the picture you can get significantly clearer images. The hazy effect often comes from the plastic window covering the lens on the battery cover. Remember to hold your battery in place when you take the picture, then put the cover back on. Sounds silly but the improvement is noticeable. 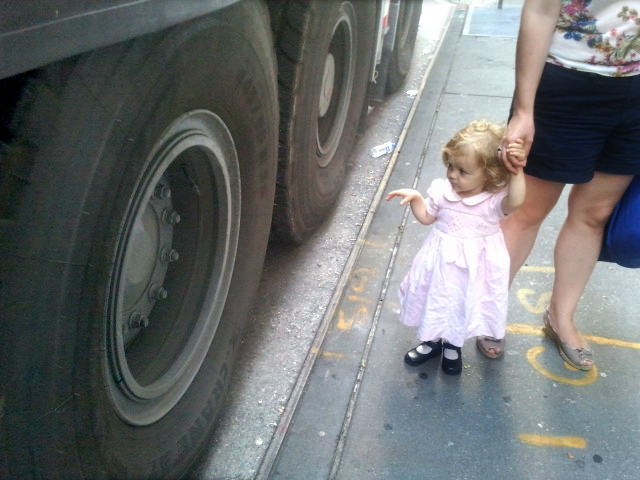 In gimp, can you create a layer mask that's a gradient? You could then duplicate the layer, apply separate changes to each side and use the mask to blend the 2 together. Basically, you're looking for a way to do a digital graduated filter - but the filter doesn't have to be a simple neutral tone change.

Samuel, as some of the other answers have suggested, layer masks are very useful for this sort of thing. I wish I had learnt about layer masks earlier in my journey (and you may already have done so given the age of this question!) But in case it's useful to others who land here, here is my explanation of layer masks, and how they can be used in this situation.

Layer masks were a bit confusing to me at first. But the following analogy helped: think of white piece of card that you might use as a stencil on top of something else. Wherever the white card covers the underlying image, you see the white card. When you cut out (think darken) pieces of the card, you see the underlying image. In Gimp, you use white and black paint brushes to "fill in" or "cut out" pieces of the stencil/layer mask. In fact, the stencil can be partially transparent (grey) which gives you a very fine level of control as to how much of the underlying image shows through.

Start by duplicating the original image twice. On the top one, use Colors/Threshold to created an initial "stencil" like this: 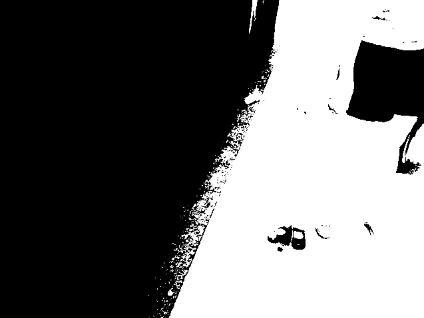 It's black and white like a rough stencil might be :) We'll refine it just now. Select this whole layer and copy it to the clipboard (ctrl-a, ctrl-c), then right click on the next layer down, select "Add Layer Mask" and use any of the options (White Full Opacity for example). You'll see the extra box appear to the right of the second layer.

(By the way, note that whenever this layer is selected, you must be aware that you could either edit the image itself or the layer mask (stencil).)

Now paste/anchor the clipboard contents (b&w thresholded image) onto the layer mask (ctrl-v, ctrl-h), and delete the original threshold image as we won't be needing it any longer. Your layers look like this now (note the thin white border around the layer mask, which tells you that any edits you apply on this layer will apply to the layer mask):

The layer mask is a little sharp edged, so you could use Filters/Blur/Gaussian blur to blur the edges a little (say 20-30 pixels).

Then select the layer with the layer mask - make sure to click on the left/image side of the layer list, not on the right/mask side. (The white border will move to the image side.) Now use the curves/levels/contrast tools to darken or otherwise edit the layer. You should notice that the darker parts (including the woman's shorts for example) don't get darker while you're editing. Only the parts that are white in the layer mask will appear in the actual image.

If at any stage the "lines" between the dark and light areas become visible or obvious, you can use a soft black or white paintbrush on a low opacity to edit the layer mask along the line.

I thought the girls dress was a little bright, so I added another layer in Overlay mode, and painted a little with a soft black brush to darken the dress only. I also increased saturation of the whole image and sharpened slightly and came out with the following final result, next to your original:

I don't know about gimp, but in Photoshop you can create masks based on luminosity.

Start here for a great tutorial. He's made his actions available to download, as well.

Not the answer you're looking for? Browse other questions tagged post-processing exposure photo-editing gimp contrast or ask your own question.

10
How to remove markings from black and white photo?
2
How to improve quality of pictures that are already taken (if possible in GIMP)?
3
How to cut an irregular pattern with proper transparency?
4
Skin very red, blotchy in front of camera
2
How do I take a stereoscopic photo to view with Google Cardboard without buying two DSLRs?
1
Emulate Shutter Duration on RAW Photos using Exposure Stacking
3
How can I edit this photo in RawTherapee to increase the details in both the subject and the background clouds?
2
How to process 360 photos without creating seam?