How do you create a washed out effect with deep blacks?

I have been wondering how to achieve a great portrait effect I have been seeing a little bit more lately.

The portraits are usually washed out, but blacks are still deep (not dull), and there seems to be some kind of a blue tint.

How would I achieve something like this from a well lit, standard portrait shot?

I can't imagine why you would want to do that, but it just looks like a bluish bias level was added to everything. Note that the blacks are NOT black. It looks like in this case about (0, .18, .34) was added to the black level.

Here is the original central area of your first picture: 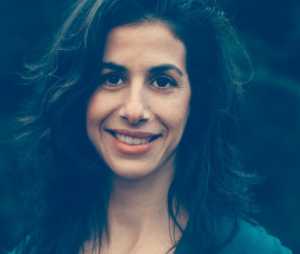 I found the darkest area and subtracted off the black level: 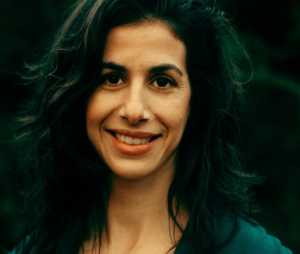 The blacks are now black, and as you can see the remaining colors look plausible considering someone greatly cranked up the contrast originally, probably in part to compensate for the blue wash.

Some of the detail in the dark areas can be made more apparent with a non-linear brightening: 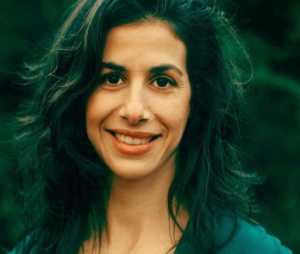 Unfortunately this is now amplifying small differences in the darkest area of the original, so we are getting some noise and color fringing. A little bit of a greenish cast appears, particularly in the dark areas. Some of this is due to working with the limited color resolution of the original where much information was already lost.

In any case, since I was able to reverse most of the process, it should be pretty clear that the effect was mostly fudging the black level to be bluish.

Not the answer you're looking for? Browse other questions tagged portrait reverse-engineering bokeh effect or ask your own question.

2
How can I achieve this effect where photos have a “bluish” theme with highly dramatic colors?
1
How do I get washed out look like Tien Nguyen?

9
What kind of photo effect is this, where colors are a bit washed out, yet retains the crisp detail and the colors are almost pastel?
3
How to achieve a “moody” effect in urban landscapes?
2
How do I achieve deep blue light night during the day effect?
7
Why the trend of faded vintage photography?
0
How is this “soft” effect achieved?
4
How can I achieve this “golden” effect?
8
How do I get this oversatured-but-not, blown-out-but-not, subtly surreal look?
5
A photo effect that favours yellow & blue; What is its name & how is it done with GIMP?
4
How can I take portraits in the style of Charles Hildreth?
2
Can you create Instagram's “Structure” effect purely in Lightroom?