I have a dSLR body that can control off camera flashes using the light from its own popup flash (60D). When shooting with off-camera flash, I find that for it to work the flash must be oriented so that the front of the flash "sees" the popup flash.

Does this mean that in order to use an umbrella or softbox, I would need to get a radio controlled trigger system?

The sensor on the flash must be able to "see" the triggering flash, but it does not have to be direct light. The 430EX and 580EX both are sensitive enough that bounced flash works equally as well. You simply need to orient the flash sensor so that it can see 'out' from the umbrella, even if that means a convenient wall or other reflector. You will find that you can even put a flash in an adjoining room, as long as there is some ability for your triggering flash to be 'seen' by the slave unit.

For example, this image shows two 430EX flashes, used outdoors. One, being held by the biologic flash stand, has the sensor covered by the biologic flash stand attachment point (hand). The other 430EX is behind the umbrella itself, but can 'see' the triggering flash thru the umbrella and via the reflector. Note that the 430EX sensors are pointing to the side. Also, this is triggered via an ST-E2. 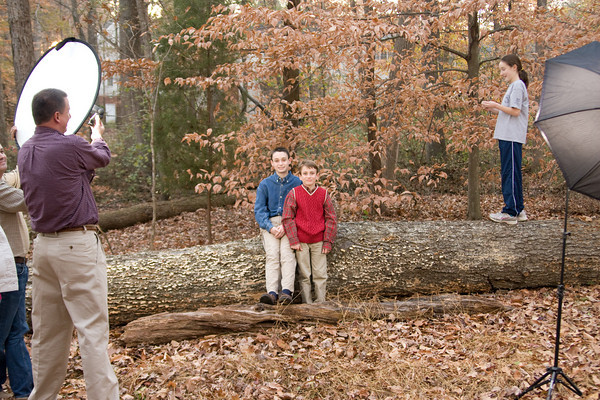 There is no requirement of direct line of sight between the flash(es) and the 60D wireless transmitter, but my experience firing flashes mounted on stands with umbrellas, softboxes or other modifiers is a hit or miss. Many times I had to waste time twisting the flashes into awkward positions just to get them to fire.

I ended up buying ultra-cheap CowboyStudio radio triggers and found them to be much more reliable. I always use the radio triggers when I work with manual flash, which is most of the time.

The few occasions I want to use TTL flash I use the 60D's wireless trigger and live with its limitations. As far as I know there are no cheap and reliable radio triggers that can transmit TTL data, but would love to be proved wrong!

Not the answer you're looking for? Browse other questions tagged off-camera-flash or ask your own question.

1
What's the recommended off camera flash setup for Canon and Sunpak flash combination?
10
How can I fire a single canon 430ex flash remotely from a Canon 6D camera?
3
Is there any system to control a non-TTL speedlight from a wireless controller on the camera?
0
What flash triggers can remotely set the mode and power on multiple flashes?
0
Which radio triggers can I use with a Yongnuo 565EX flash and a Nikon D610?
2
Can I trigger a Yongnuo 560 III off-camera flash from Yongnuo RF-603II triggers on two different bodies?
4
External Flash triggered by camera's internal trigger
0
How long is the range of Canon ST-E2 speedlite transmitter in practice?
0
Are there any remote flash triggers capable of adjusting power output of a Nikon SB-28 in manual mode?
1
Flash control disabled on Nikon Z7 when attempting to use external flash