Why are lenses like the 40mm small and lightweight, but get larger and heavier as they get wider or narrower? 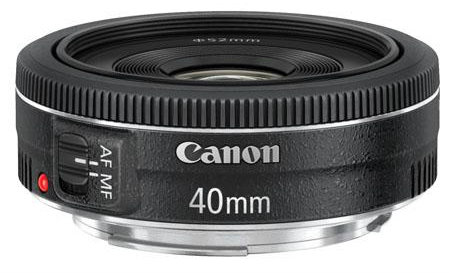 Also, why are f/2.8 lenses small and lightweight, but get larger and heavier as they get wider or narrower?

Are these two things by physical limitation or by design? By design long long ago? If by design, by which part's design? By whose design?

To make a wide angle lens with a symmetric design the back of the lens would have to be closer to the sensor, which wouldn't leave space for the mirror. So it has to be further away with a reverse telephoto group stuck on to make up for it. This is known as a retrofocus design. Now you have two lenses in one, instantly increasing the size and weight. There are other factors too, such as the extra corrections required for wide rectilinear lenses due to the use of spherical lens elements.

The larger the aperture, the more glass is required, both for the aperture itself and for the necessary corrections. This also explains why longer f/2.8 lenses are bigger than the 40 f/2.8 pancake - the longer the focal length the larger the required glass elements are to maintain the same f stop. f/2.8 means the size of the aperture when viewed through the front of the lens is of diameter equal to the focal length divided by 2.8 i.e. a 50 f/2.8 lens must have a front element of at least 50/2.8 = 17.9mm. To make a 200 f/2.8 lens the front element must be 71.4mm

It cheats slightly, in that it is a collapsible lens. But it does not collapse by much :)

Actually, a lot of the individual lenses inside a modern camera lens are there to correct the optical imperfections that the other lenses have introduced. If you are willing to make some compromises in absolute optical quality, a lens can be made smaller and lighter than if you have higher demands. Also, the Canon 40mm is one of a family of lenses called "pancakes", in which compact size has been the overriding design requirement. Pentax seems to have made a habit of such lenses and makes them in 21/3.2, 40/2.8 and 70/2.4 variants. Other manufacturers have the odd one as well, but it is a niche product for everybody but Pentax.

Another point is that due to the mirror-box of an SLR, wide-angled SLR lenses generally have to be designed as "retrofocus" ones which basically means that you bolt a tele lens on to the camera side of a wide-angle lens. Which makes it a lot bigger, naturally. Camera systems such as Leica M where the lens is mounted much closed to the film plane can have wide-angles without the retrofocal bits, so they can be made much smaller.

And, as a side note, f/2.8 zooms tend to be large to very large. 2.8 primes can be rather small, but 2.8 is not exactly blazingly fast by prime standards. Slower lenses tend to be smaller and lighter, for the same focal length, but slower primes than f/2.8 are not often seen these days outside of the rangefinder community. (Longer tele lenses excepted, of course, and the odd macro but macros have a whole heap of other design considerations of their own so it is not really fair to compare them to normal primes.)

Not the answer you're looking for? Browse other questions tagged lens-design or ask your own question.

6
Why is the front element of a telephoto lens larger than a wide angle lens?
12
Does the size of the front glass mean anything?

46
How do constant aperture zoom lenses work?
29
Why do wide angle prime lenses have relatively small apertures?
16
Why are 50mm Lenses Cheaper?
9
Why are Zeiss lenses heavier and larger for Canon EF than Nikon F mounts?
15
Why aren't lenses designed with extra large apertures for autofocus beyond what's used for imaging?
1
Could a phone-camera have a medium-telephoto lens and still fit in a phone?
5
Why do zooms have small apertures even around 50mm?
8
Why did typical number of iris blades decrease from the 1950s to the 1970s and 80s?
7
1960s-1990s third party lenses - why was the "lowest tier" cheaper to make?
0
Laowa 7,5 mm F2 Lightweight Micro 4/3 vs. Laowa 7,5 mm F2 Standard Micro 4/3