I see a lot of pictures with those "line" (arc) effects in the sky and I'm wondering how this technique is called (so I can google how it's done). : 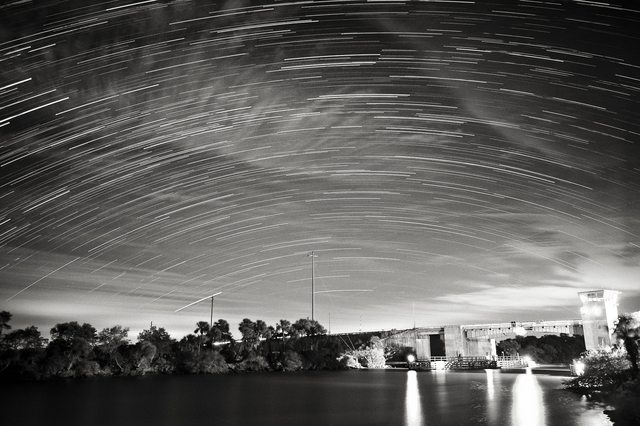 Those are usually called "star trails", and they come about as a result of leaving the camera's shutter open for an extended period of time. The center of the circle will be either the north or south pole, depending on which hemisphere you are in.

As often as not, though, the sky with star trails is captured separately from the foreground, and later swapped into the foreground scene. That would be cheating, except that light pollution often makes it impossible (in a practical sense) to capture the star trails and the foreground in the same exposure unless you are in a very remote area.

This is called Star Trails and you do it by creating a long-exposure photograph of stars as they appear to rotate about the poles.

Not the answer you're looking for? Browse other questions tagged technique terminology effect or ask your own question.

5
What is the logic behind "Brother Backlit Sky" in the book Understanding Exposure?
2
How is this lighting and colouring effect achieved?
5
What is this effect called and how can I post process my photos to get this effect?
2
How to get this abstract blurry effect on my picture?
4
What is this dead pixel problem really called?
0
How is this "soft" effect achieved?
10
What is this rainbow-effect when photographing through curved (cylindrical) glass called?
0
What effect is this? Like an outdoors shot with sunlight with a lot of yellow hues