How do I easily remove an almost-white background?

Knowing the hours of work involved in properly deep-etching, but not having nice lighting or a curved-white-matte background, I photographed them on white paper. My hope was that instead of laboriously removing the BG with a selection tool, I could somehow "whiten the whites" of the images use "curves" or something like that.

However, I played with the curves tool but couldn't figure it out. How do I do this? (or any better suggestions?)

I'll show how you can do this in GIMP, it should be similar in photoshop.

We start with our object on paper. Curves dialog basically shows us histogram of the image. When I click into the image, I can see where in the histogram given area is. This way I can find out where approximately my future white point is going to be. 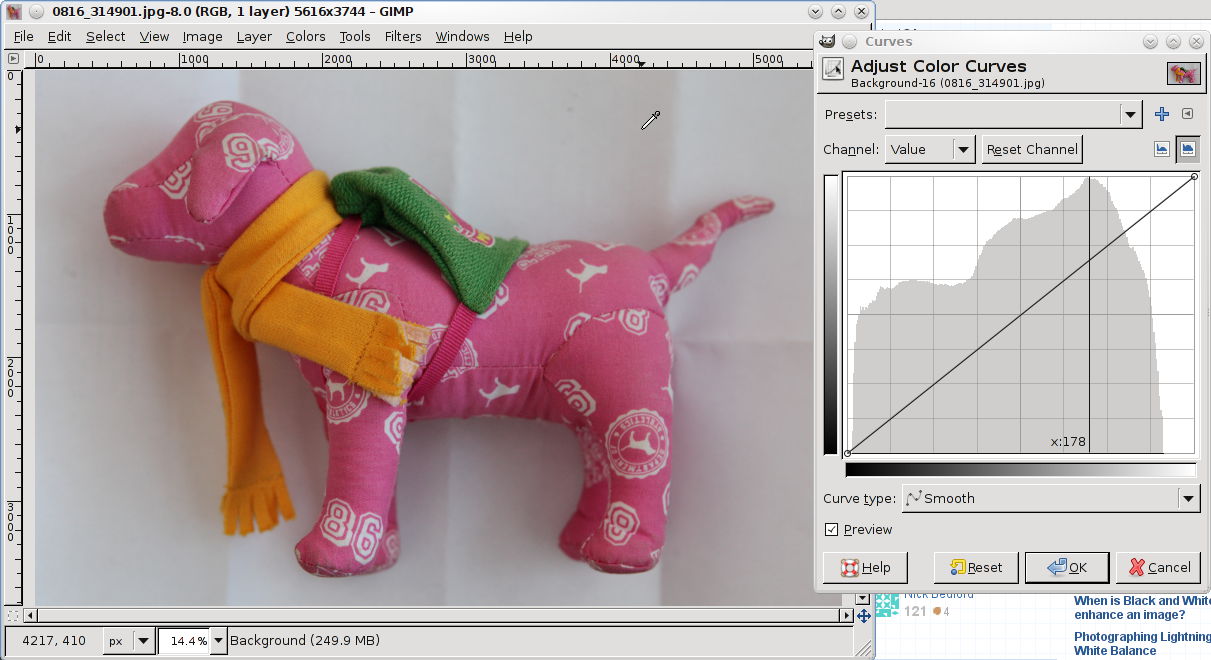 Then I modify the curve in way that makes tones even a bit darker than our projected point go completely white. The curve basically sets brigtness tone mapping in our image. Original curve projected every tone to the same one, so did not change anything. The curve we have now makes everything above 55% brightness completely white, the second point in the middle tries to keep tones that were originally dark relatively unchanged. 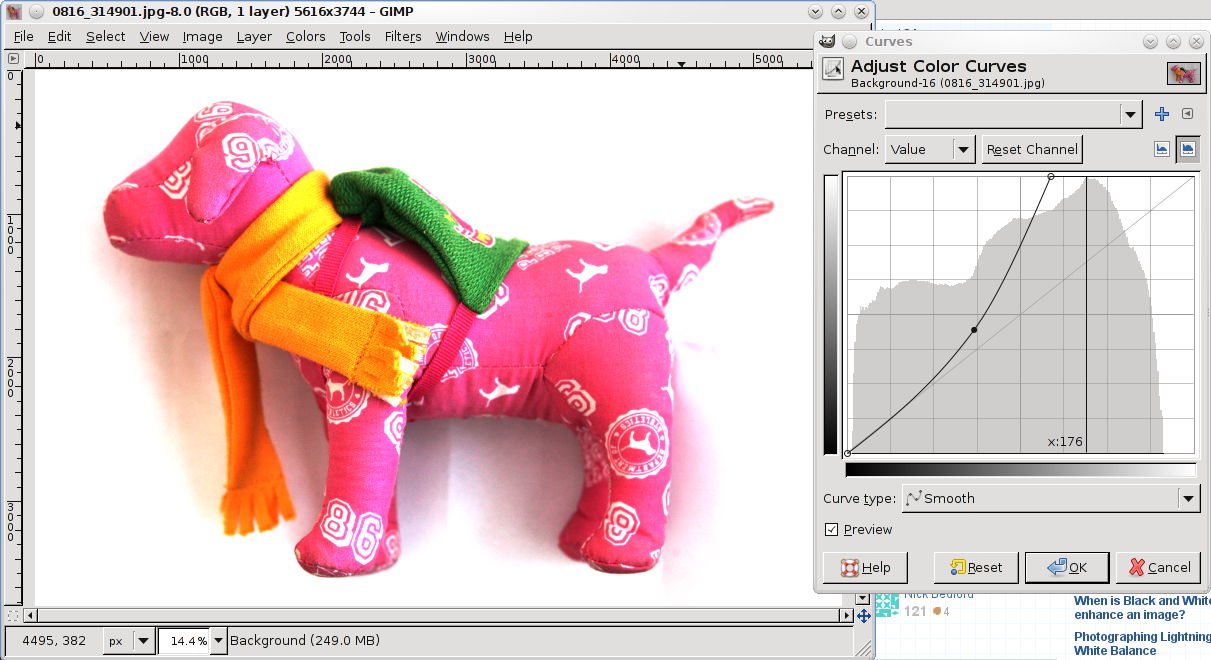 As you can see this curve didn't work completely. I could have pushed the brightness a bit further (e.g. the curve a bit left, to eat out more of middle tones), but I think that would destroy original image too much. If I needed to go through with this I'd probably create another layer in which I'd push it all the way to eliminate the shadow, and than mask it in a way that would only show up in shadow area where I need it, without affecting a low of the object.

Or, our can simply take this as a a starting point and use white brush to kill the rest of the background.

Unless it's a terribly complex item, I would suggest just going and removing the background. You may get somewhere first with using a magic wand selection.

Removing the background manually either with a selection tool or an eraser will give you the cleanest result without affecting the item itself.

That's how I would go about it anyway.

If there is no bright areas on your products, then you can use curves to blow all the highlights until the paper is all white. Go near the top right and experiment with bringing a spot near the top up, but it will probably change the lighter areas of your product noticeably.

I would recommend reading through How do I properly do shadowless product photos? as a lot of the same principles there apply here.

In general: 1) Use a back-splash light which is brighter than the product. or 2) Post-process fix it up.

For 2, you can use Photoshop or Gimp and the selection wand like you mentioned. There are also other resources online available, such as http://fotofuze.com, which can do the selection and cut-out part for you.

Photoshop can be bought here: http://www.adobe.com/products/photoshop.html

GIMP can be downloaded here: http://www.gimp.org/

Not the answer you're looking for? Browse other questions tagged product-photography background color-white or ask your own question.

17
How do I properly do shadowless product photos?
12
Photoshop's color replacement tool changes to grey (instead of white) — how can I change a grey background to pure white?