Can I change the lens of my film SLR even when a film is loaded?

I have a film SLR that is currently loaded with film. I was using a 28mm lens when I loaded the film but recently got a 50mm and I want to use that instead.

Question is, can I change the lens without exposing the film? I am about halfway through the film so I'm afraid that if I change lens, it will expose and ruin the film.

Yes, you can. Changing lens won't reveal the film in an SLR; both mirror and shutter are in the way. The lens mount is only meant to pass light to the film during exposure — you can see light through the lens in the viewfinder when composing, but that light doesn't reach the film.

In any camera that you are liable to be using, the shutter — which optically separates the film from the light — is in the camera body, and is closed except when a photo is being taken, so when you remove the lens the shutter will still protect the film.

Long ago there were exceptions - I mention them here for education and 'fun', with no real expectation that you'll actually be using a Kowa, Contaflex or Bessamatic :-).

In a small number of designs a leaf shutter is used - mounted either in the lens - or behind the lens but in front of the SLR mirror so it must be open to focus and use the viewfinder. In many cases where this is done the lens is not removable (in the usual meaning of the word). Where still used these are now invariably in medium of large format cameras, 'which you have not got'.

If you have an SLR camera with such a lens it will be a Kowa made no later than 1958 or an earlier German camera such as a Contaflex or Bessamatic. (A what?, a who? a ... ??? :-) ).
ie you won't have one. And, if you did, then it would have a "film door" behind the leaf shutter so you could remove the lens without exposing the film. If everything worked as it should :-).

Leaf shutters are what were generally used in Rangefinder cameras - when being closed as a default setting is acceptable - unlike with an SLR when the shutter blades tend to make viewing very very very difficult if closed.

Why then use them in an SLR?
The main advantages of a leaf shutter are synchronisation with flash at any speed that they will work at - typically up to 1/500 th second but 1/1000th in some designs, and lack of the distortion which occurs with high speed objects in focal plane shutters due to the shutter opening moving across the sensor/film partially open so that different parts of the moving subject are imaged on different parts of the sensor/film. Offset against this are very high complexity, higher weight, lower reliability and higher cost. Add to that the need for the complicated dance below and a film door (when film is used) and their death in SLRs was inevitable. FWIW with a DSLR a sensor door would not be strictly necessary.

Looks normal :-) (from this marvellous page 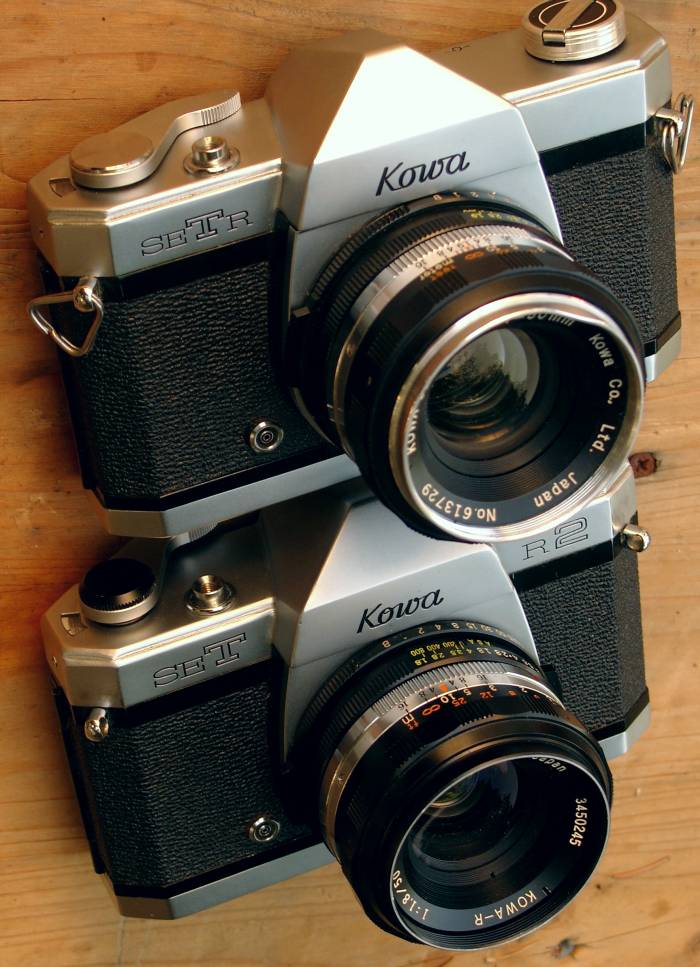 Interest only - here's what happen when you push the shutter button on the above Kowas:

If you press the trigger to photograph, the control circle of a KOWA SET-R(2) shutter includes in the following steps:

Repair Notices made by Rick Oleson 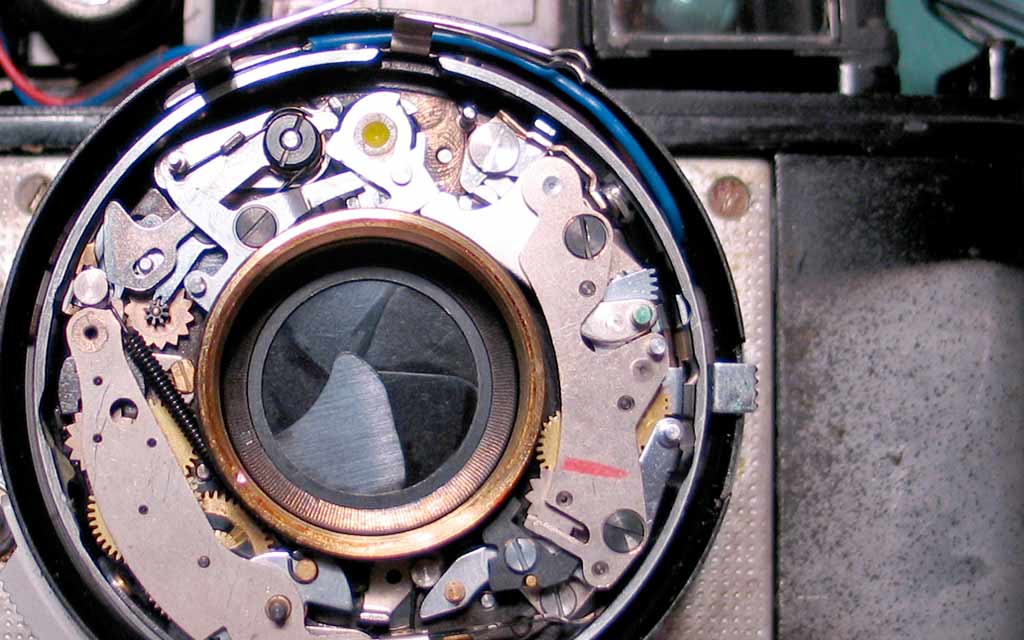 It's exactly the same as DSLR, with the exception that for the latter one you need to be extra careful (and fast) to avoid dirt to be deposited on the sensor.

Not the answer you're looking for? Browse other questions tagged lens film slr or ask your own question.

27
What medium format film camera should an SLR guy look at?
18
What's the advantage of buying a fixed 50mm f/1.8 lens when my camera has an 18-55mm zoom lens?
1
Installing SLR lens on incompatible devices?
4
Is there a difference in the image produced from a 50mm rangefinder or slr lens?
3
How can I remove stuck film from a Praktica Nova I?
2
New roll of film rewound into canister after 4 exposures
1
Shooting mystery film found in 1930s camera
4
Radioactive lens effects seen on film?