How should I approach people to take their portrait?

I recently saw a photographer's project on-line, where he takes 1 portrait each day of a total stranger. The project along with countless hours of looking at Steve McCurry's work sparked some interest in me to take on a little bit of portraiture.

One Question though. What approach should one employ, to ask a complete stranger to have their portrait taken?.

Look like a photographer. ie make it obvious that you are taking photos.

Catch their eye and smile at person as you approach them. They will usually smile back. Doing this is a good ice breaker. It doesn't guarantee a result and a lack of smile may not mean a failure, but it is usually a good start.

As I walk towards a person I will often raise the camera in my right hand so the lens is upwards and pointing skywards, look at them, wave the camera a few times and then bring camera down while looking at them with a query gesture. That's far far harder to explain than to do :-). ie I am showing that the camera is not pointing at them but that I am taking photos and would like to take a photo of them. I take a reasonably large number of photos like this where the subject and I share no language at all and the gesture needs to be obvious enough but non threatening enough to not need any spoken language.

Have some handout slips available that give your contact details. If you are going to put the photos on a website show the web address. I write the photo ID on the slip (camera frame number) and tell them to quote it if they email me.

Doing this at shows etc is easier and gets an even better than average accept rate.

If there are two people together they are more likely to be happy to have their photo taken together if they are otherwise uncertain. In such cases I may take several photos and frame them together and individually and then show them the results. I may ask if they would like me to delete the individual shots. Very few do.

People, women especially, tend not to like their own picture, even when they look nice. I point out that most people like photos of others but not of themselves and that those who are shy should ask a friend whose judgment they trust what they think. I often enough have the subject saying 'delete" and the friend saying 'it's lovely". Lovely usually wins.

If it seems useful offer to take a photos or several and then delete it/them if they don't like the result. You'll usually get some keepers from a small batch.

[This album of photos][http://J.MP/RANDOMSTRANGERS] is offered not for any photographic merit per se, but as examples of photos of total strangers. Some are obviously taken "unawares", but the large majority obviously are taken with the subjects approval. Most are somewhat posed - which is what tends to happen when you ask, but some are less so. If I'm going to ask I may (not always) take a number of shots first to get natural poses and actions and then ask and in any case show them what I have taken. In a very very very few cases I get adverse reaction. Very rare.

If children are involved I will usually either ask in advance or seek out the parents afterwards and show them the photos and ask if they are happy for me to have them and whether they would like me to send them to them. Again, adverse reaction is extremely rare.

Women are easier to approach than men. Women expect men to want to take their photos:-) - Men may wonder why, or be less comfortable.

Prague - she was posing, but not for me. 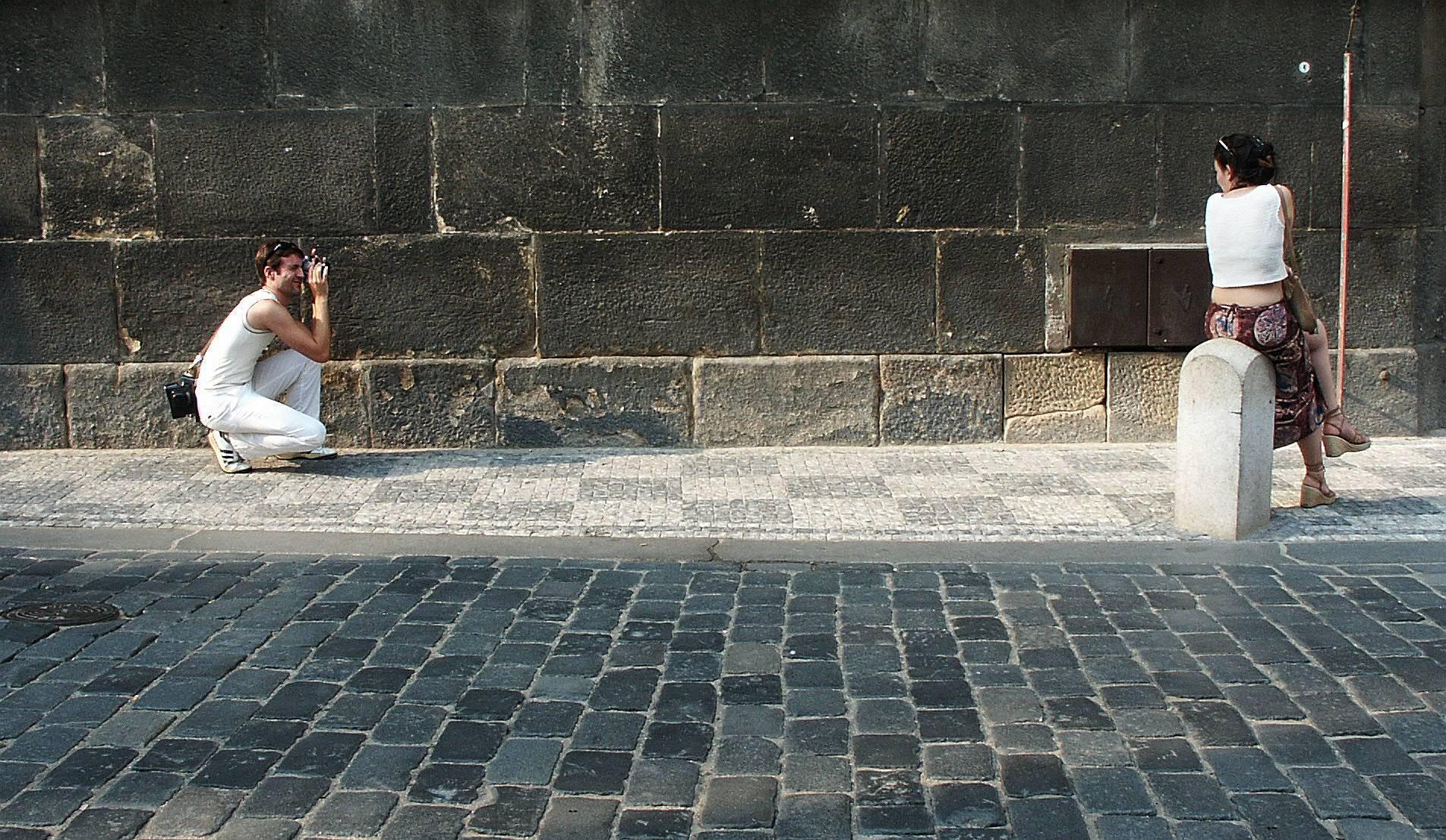 Unaware of photographer - quite different than when the subject expects to be photographed. 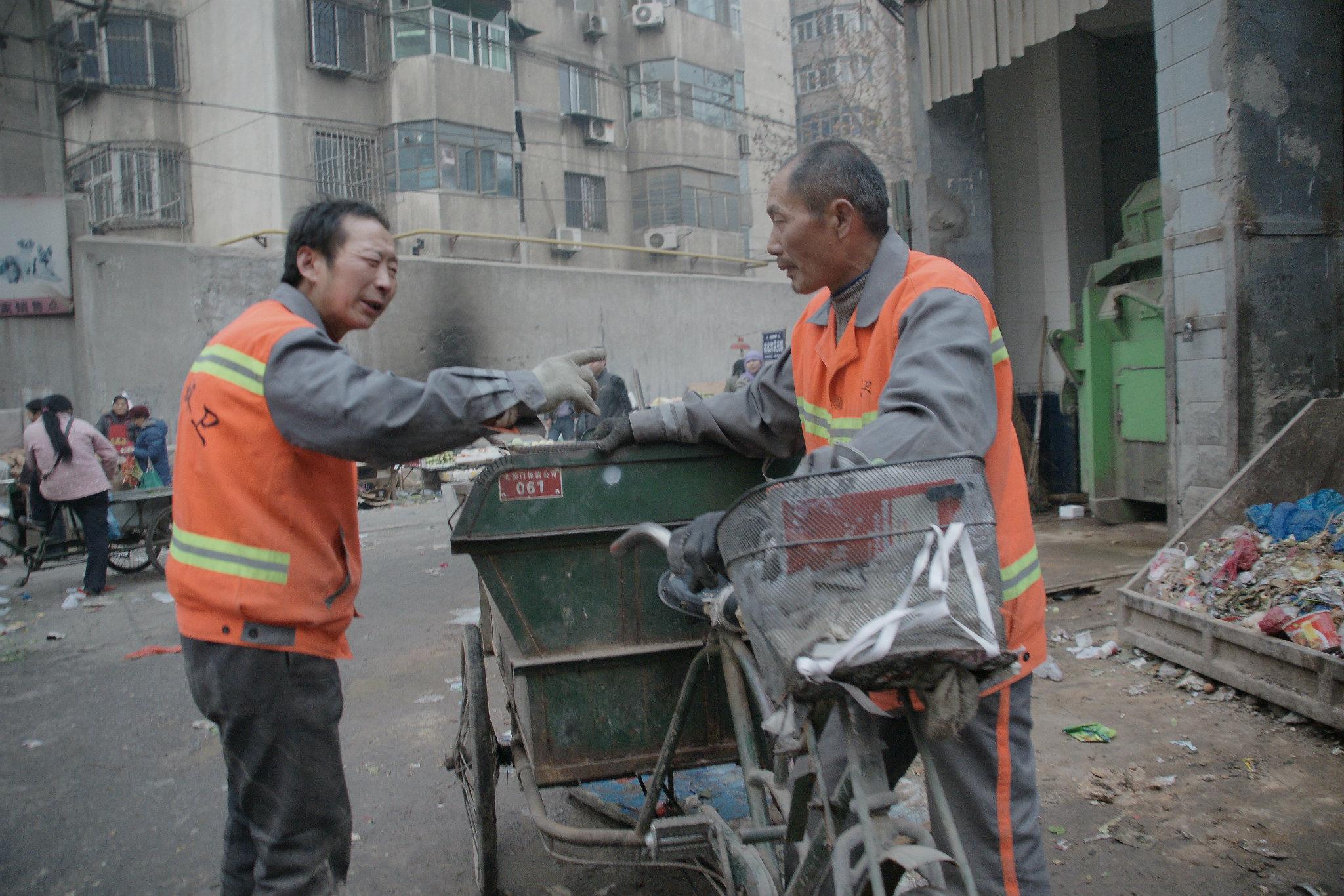 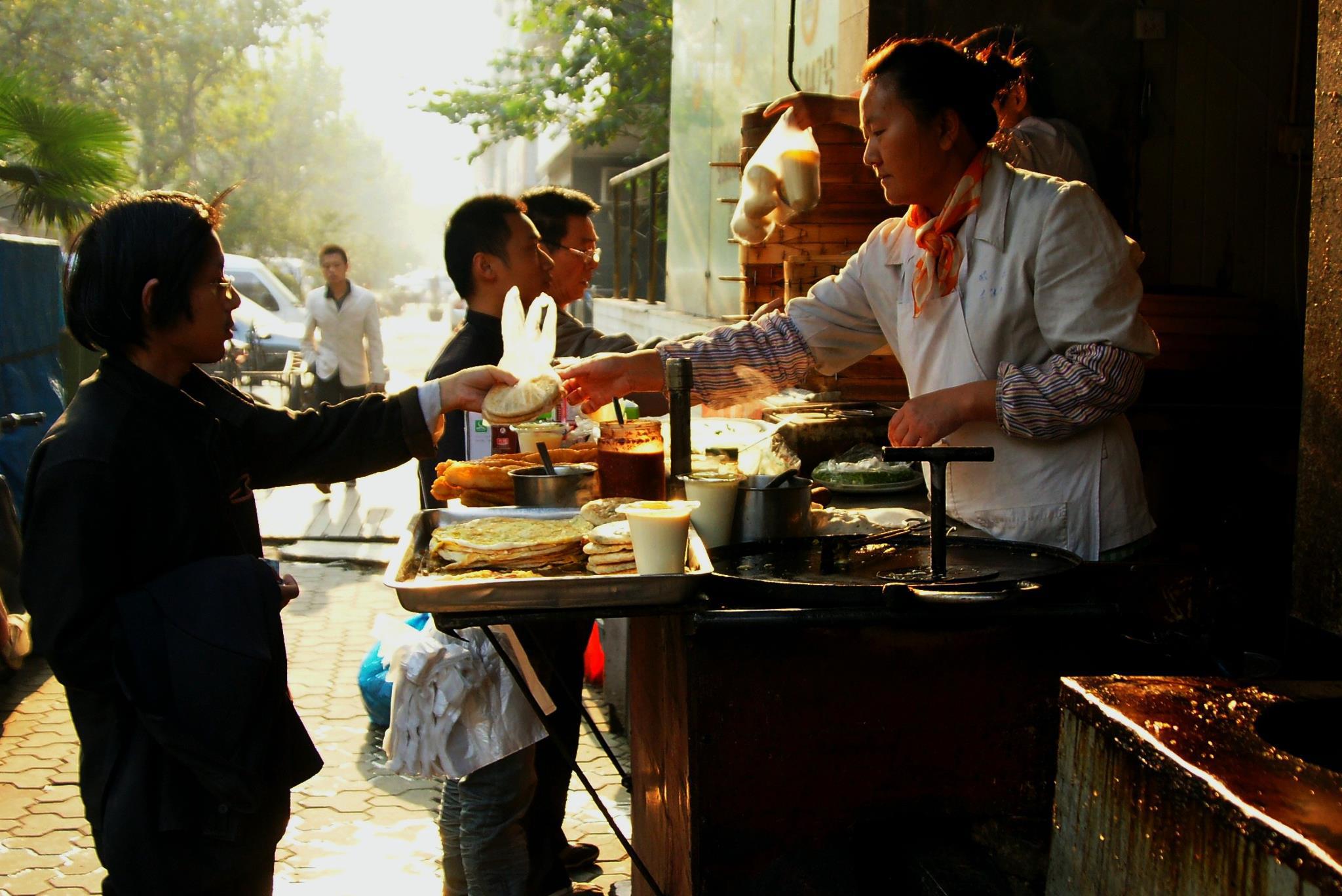 Qingdao, Xian Unaware of the photographer but I am not "hiding".

Aware of the photographer: 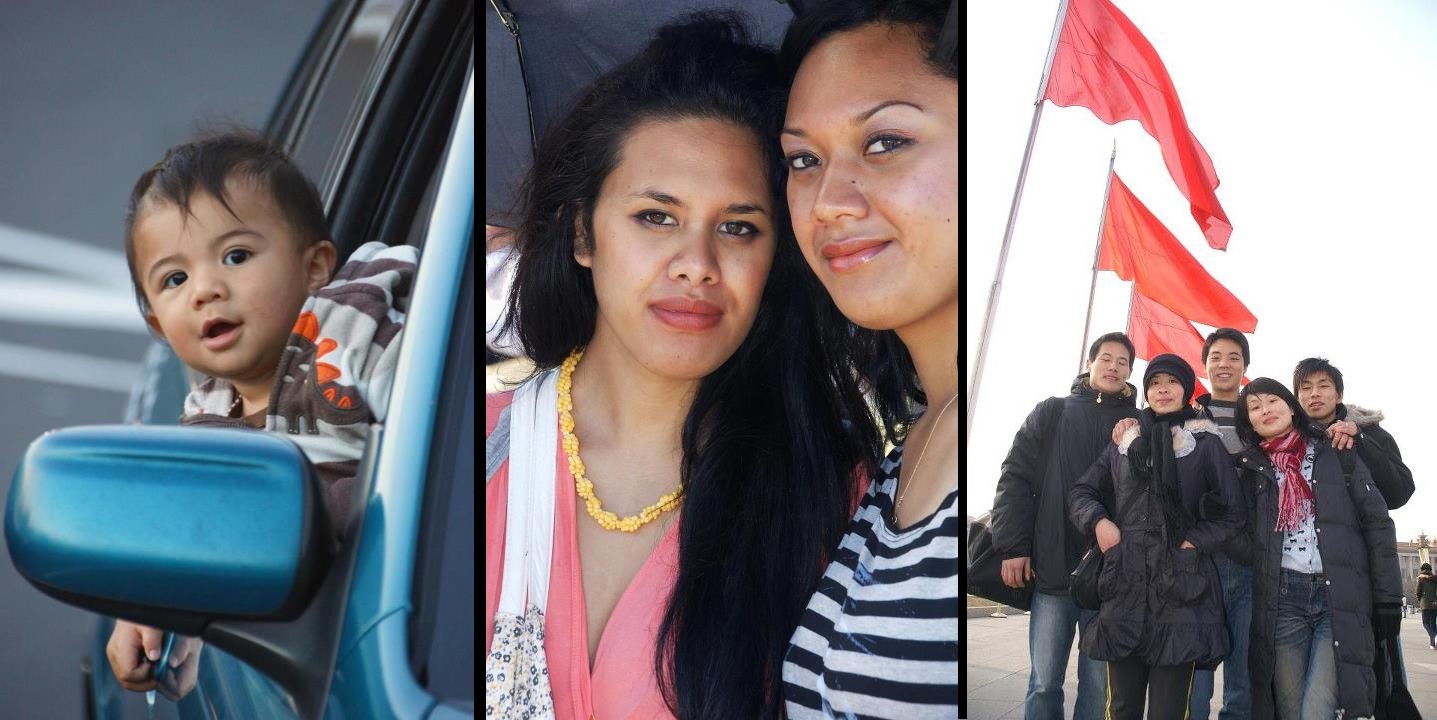 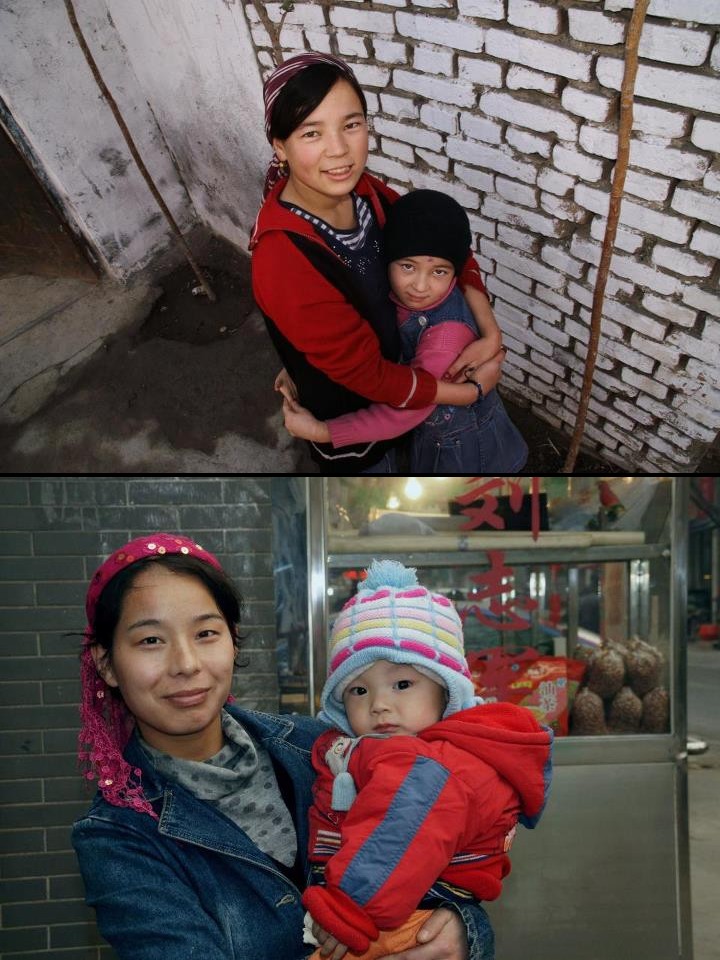 The classic street lens is probably a 50mm prime on a full frame and 35mm prime on an APSC.

My walk-about lens is an 18-250 (!) on an APSC but for street scenes I find the 18mm setting is most useful. (= 18mm on an APSC = equivalent of 27mm on a Full Frame 35mm camera).
Distortion happens if not careful. You are almost in someones face if they are filling the frame. If you are other than right on top of them you get a fair amount of background.
Being able to zoom to 250mm in an instant is vastly useful when sudden opportunities present.
I also use a 50 mm f/1.8 prime and a lovely 17-35mm f/2.8-5.6 (almost a zoomed prime :-) ) BUT they are far more restrictive and harder to get a good result. Street photography usually does not need every possible bit of optical quality - its more about getting a picture you are happy with. So a lens with a flexible zoom range may be seen as cheating by some, but means you are always ready.

Beside the nice links in the comments, check these links too

The main rule is to Stop being shy and do it

Here is a tip to take candid photos.

1) Point the camera at an object of some kind and pretend to take a photo.
2) Point it at your subject and pretend to be checking the photo on the screen.
3) Take the real photo of your subject using live-view whilst pretending to review the images.

Not the answer you're looking for? Browse other questions tagged portrait permission or ask your own question.

0
How to ask a subject(person) to photograph them?
112
How do I approach people for a natural look in street photography?
32
How do I get over my shyness when taking photos of strangers?
7
Does street photography including children introduce any specific concern?
3
City/Street Photography; is it morally okay and what laws govern it?

27
How much should an amateur charge for a portrait session?
27
What steps should I take if my photo is used without permission?
13
How do I take a good portrait for a CV or resume?
13
Should both eyes be focused in a portrait?
30
How do I take flattering photos of people with acne (scarring)?
5
How do I get regular people to relax and not to overprepare having their portrait taken?
2
How can I take a professional self-portrait?
2
Take a telephoto portrait without background blur?