Why do these images taken at significantly different ISO appear equal in quality?

How come I can't tell the difference in quality of these two photos, even though one is shot at ISO 160, and the other at 1600 ?

Note: EXIF data has been stripped from images below by imgur saving process.
Originals are here and here. Images must be saved to disk then opened to see EXIF data. Both photos at 39mm focal length (35mm equivalent). 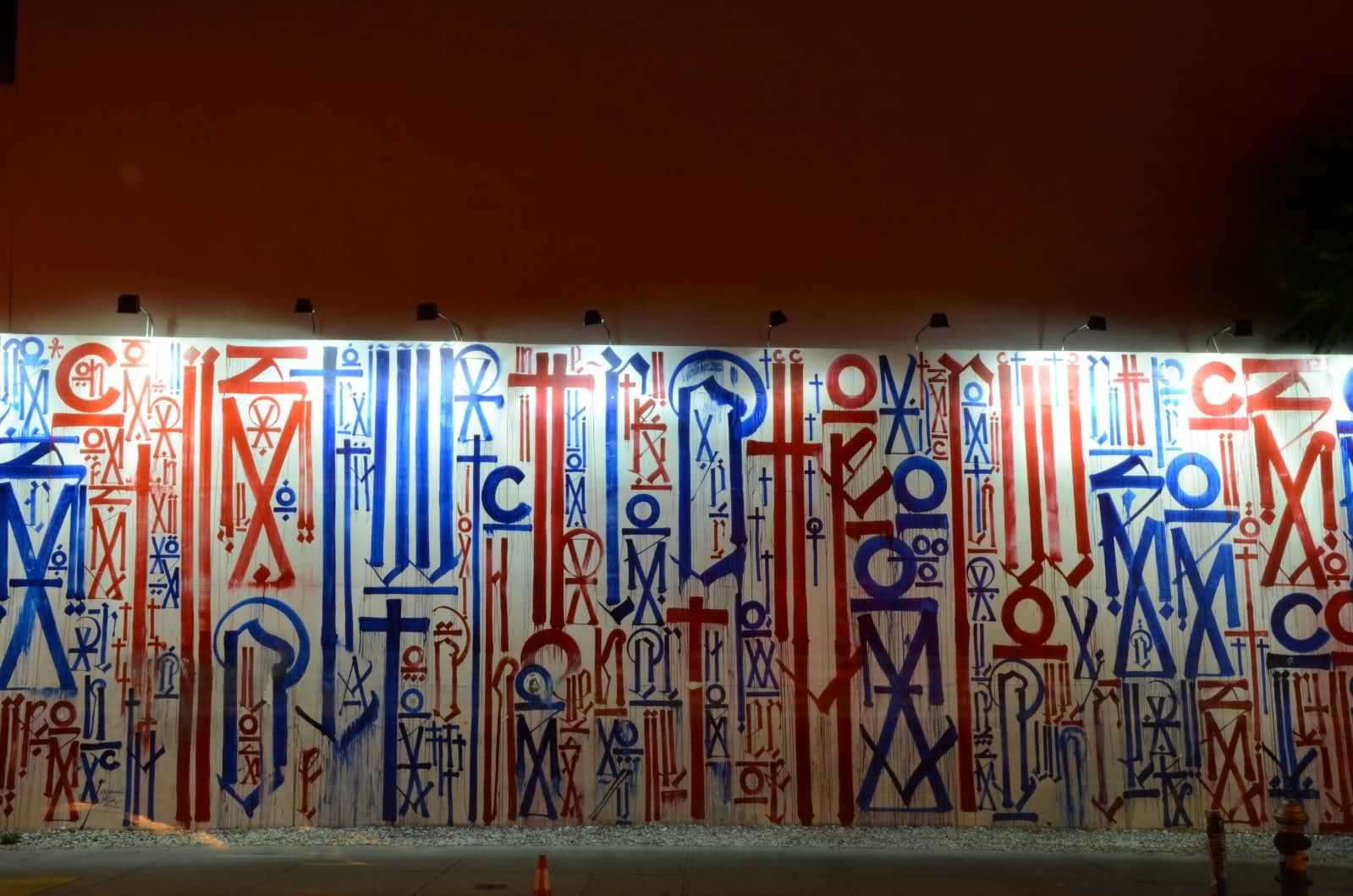 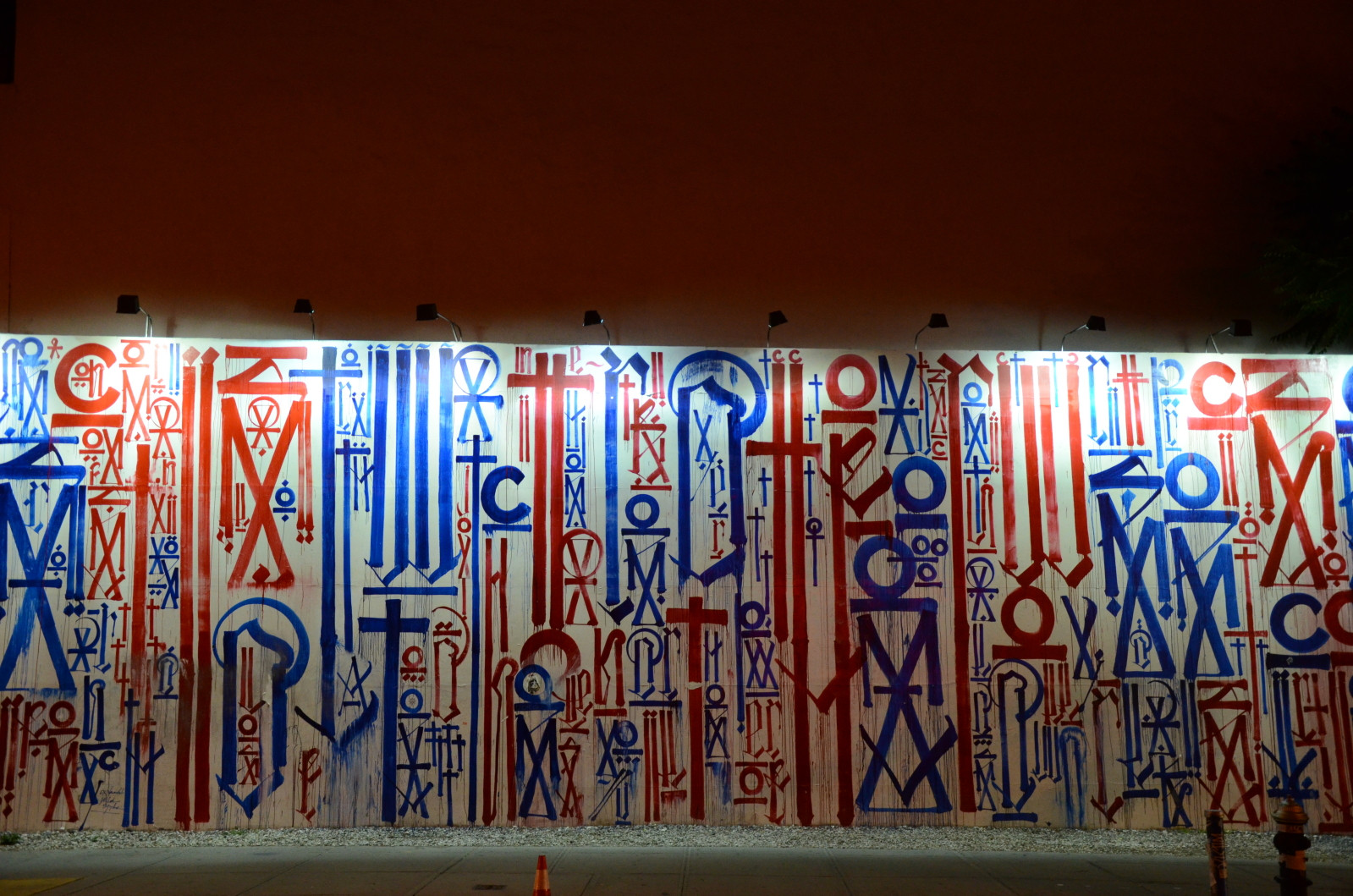 These were both taken with a Nikon D7000.

In the dark area in the top 1/3 of the photos, you can see more noise in the ISO 1600 version. It shows up as the uneven graininess. I think the noise isn't as obvious in the areas of the wall because the colors are very bright and also very distinct--there are no gradual fades from one color to another.

I'm adding this as a second answer as it is probably the fundamental issue involved.

What I and others have said in the other answers all has relevance, but -

Assuming starting at ISO 1600 (either way works)
If exposure time had been decreased when ISO was decreased then the change would have been:

BUT at the same time, aperture was changed from f/4 to f/22
This necessitated an increase in exposure time by a factor of apertures-squared (as f number is a measure of diameter but light input is related to area which is proportional to diameter squared.
So exposure time had to be increased by a furher ratio of (22/4) squared
= a further 30.25 times !!!

So the ISO 160 picture contains 30 times more sensor noise than it should have for a fair comparison.

This still does not explain the actual content differences in the images.

There is a visible difference between the two shots...there is more noise in the ISO 1600 shot, albeit minimally. Part of the reason you are seeing such a minor difference is due to the fact that the Nikon D7000 has a truly stellar Sony Exmor sensor in it, with unparalleled noise characteristics and dynamic range. If you use an older Nikon camera or even cameras from most other brands, you would probably see more significant image degradation at ISO 1600.

I find it a little ironic that you have such a powerful camera with one of the best sensors on planet earth...and you don't know about the benefits it has to offer. ;) But you can pretty much thank your camera for having stupendous image quality as the reason you don't see much of a difference in those two shots.

ISO does not cause noise in photos.

The camera's metering can get it wrong, and not let enough light in even with a low ISO setting, so using a low ISO is not a guarantee of getting less noise.

Here both images received the same amount of light, but the ISO100 shot looks a lot worse because it was underexposed (I used auto levels in Photoshop to normalize brightness to facilitate a visual comparison of signal to noiseratio).

When noticeable a higher ISO will show a graininess like if the image was printed onto paper with a cheap printer and then you took a photograph if that paper. As sensors improve cameras can take pictures with a higher ISO before this is noticeable. See this review of your camera, with test shots at the bottom, for a more pronounced effect. http://digital-photography-school.com/nikon-d7000-review As you can see, if you bump up your ISO even more you will be able to notice, but the difference in ISO for your two shots isn't significant enough to be immediately visible.

There appears to be something fundamentally wrong happening here with the image content, and the camera settings appear to have been chosen oppositely to what is intuitive. Substantially more information is needed to make full comment - camera settings (noise reduction, any anti shake, , tripod?, through glass?, path from camera to each image.

It seems that to a reasonable extent changes in ISO performance may have been masked by camera settings. The image content change is hard to understand. It's conceivable that whatever " program developed" these jpgs from the raw image (whether in camera or externally) did so "creatively".

Pixel peeping suggests that the 1600 ISO image is both sharper and has more fine detail in places.

Aim of the groups of finer "runs" of paint are different between photos. Not just more detail or less detail relatively bur different detail - eg a loop of 'paint' on one run appears to have appeared on a different run.

In addition, the low ISO picture has a darker band at the bottom (about 20% of height) and has reflections in it. The illumination changes at top left and top right (brighter on 160 ISO image). Both photos have highlights blown in areas around the lights (higher on 160 ISO) mostly in the red channel.

Somewhat unexpectedly, the EXIFs report 160 ISO = f/22 and 8 seconds (NOT 1/8) and the 1600 ISO reports f/4 and 1/40th second. These correspond to exposures of withing 6% of each other indicating that the figures are probably correct. For meaningful comparisons I'd have expected constant aperture and shutter speeds scaled the other way eg
f/4, 1/40th. ISO 1600 and
f/4, 1/400th, ISO 160.
Better still, as long as a tripod was used, would be to reduce aperture to get better depth of field and use longer exposure times - say f/11 and about 1/4s and 1/40s.

There is significant difference between the two pictures. Here is the same small section of each blown up so each pixel is replicated 2x2:

More noise is visible in the second picture, which is to be expected since it is taken at higher ISO near the edge of what the camera can do.

5
Why am I getting such high noise when using ISO 320/640?
4
Are cropped images from a full-frame sensor equal quality to full APS-C images despite the lower resolution?
6
Why does raising ISO make image quality appear lower even though my measurements suggest it shouldn't?
7
Why do different smartphones with the same megapixel camera resolutions have different quality of image?
0
Why do my images look fine in Lightroom itself but poor quality when I export them?
0
Why are 48mp images taken with a 4k camcorder very bad?
3
Why are my D5300 photographs blown out?
2
Why can't auto ISO be applied after the image was taken?