What is causing the cyan outline in the building in the background of this image?

I took this picture the other day. It's a JPEG from the Fujifilm X-Pro1. The sky is overexposed as was necessary to light Anya brightly — and because I was playing with shooting wide open, and that plus the high base ISO plus max shutter of ¹⁄₄₀₀₀th meant this went beyond what the metering really wanted to do. Maybe a bit much, as we've lost the top corner of her head.

But, never mind that. What I'm interested in here is the cyan blur outlining the Prudential building in the background. A one-for-one pixel-level crop is below the full image.... 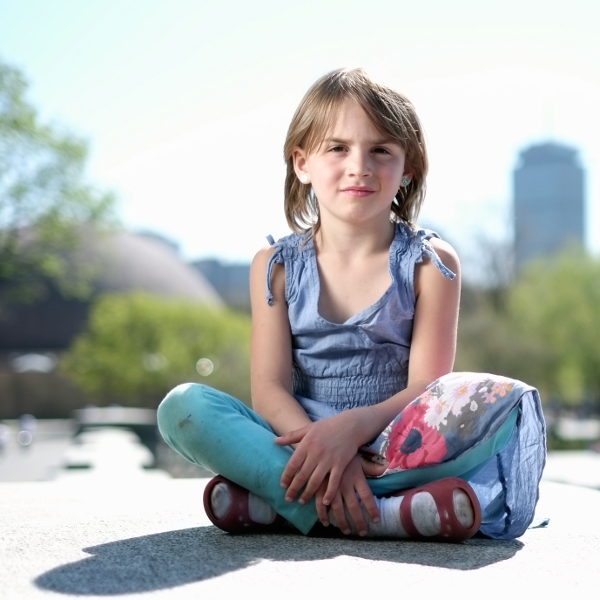 Anya on the Esplanade; photo by me and CC-BY-SA 3.0 in this size only. 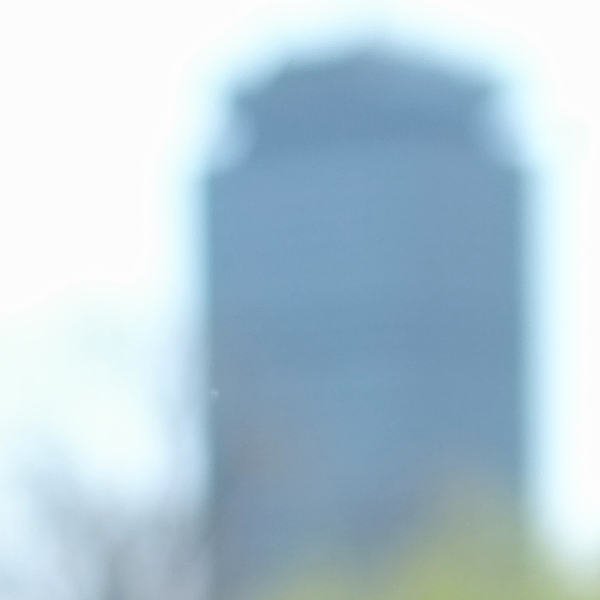 What is causing that blue outline? Is it just a matter of the out-of-focus blur interacting with the overexposed sky? Is chromatic aberration to blame? Or, is it because of the larger-than-normal color matrix used by this camera's unique sensor, and basically an artifact of RAW decoding?

The sky on a sunny day is cyan (primarily green and blue with some red). Where the intake of light is really bright, all three color components (red, green, blue) on the sensor chip are fully saturated (at their maximum counter values), which results in overexposure, or pure white in this case.

What you're seeing as a cyan outline is actually the result of that section of the image not being pegged to pure white, because the darkness of the gray building is interfering with (blurring) the ligthness of the sky, and thus preventing the sensor counters from attaining their maximum (e.g, overexposed) values in that region.

If you were to shoot the image again with the same exposure values, but this time with the building in sharp focus instead of the subject, then you would see a sharp line where the building is solid gray-ish and the sky is overexposed to pure white, but no more cyan fringing.

This effect is very similar to the laser bolts in the some of the space battles in Star Wars — where light green or light red charged-particle beams are a white line in the center, surrounded by a beautiful pure color fading out to black. The pure white in the center is simply an artifact of over-exposure; there is no actual white light there.

Note that if you had a light source that was pure red, pure blue, or pure green (such that it perfectly matched the receptor frequencies of your sensor), then you would not see over-exposure toward white, but instead over-exposure to a single color component only.

Is it just a matter of the out-of-focus blur interacting with the overexposed sky?

Yes, I have had similar results with my Nikon. Also, chromatic aberration typically produces purple fringing, as seen in this Wikipedia article.

Not the answer you're looking for? Browse other questions tagged artifacts blur fujifilm or ask your own question.