What are some artistic techniques that can be performed with lenses?

I have recently been attempting to perform various different techniques for taking pictures, like using a tilt-shift lens, freelensing, HDR photography, and a couple others.

The styles that I want to focus on are mainly dealing with how the picture is taken, and not what the subject is. ex. using a tilt-shift lens to selectively focus the subject.

Wanting to further my knowledge of artistic techniques, what are some other techniques, besides those that I have mentioned, that will provide a unique effect on the picture?

Effects that are caused BY the lens are perhaps less broad than people suggest. A lens is the conduit for light into the camera but is usually used to reflect some degree of reality. Depth of field effects are a known and utilised "limitation" but most other effects are usually seen as "distortions". This question seems to be about finding and using these creatively.

Accentuated depth of field effects to make them visually obvious.
eg (trivially) Fingers spread out in front of face with one or other sharp.

Interfering objects well less than focal length from lens front to remove them when their presence is implied so that their apparent absence is remarkable (Tyger tyger - what, no bars).

Extremely wide depth of field effects to allow near and far to look adjacent (very small aperture and careful positioning). [eg birds in foreground, snowclad mountain many km away - birds much larger than normal wrt mountain but separation not obvious {don't overdo it}) See note 1 at end.

Chromatic aberration as an artistic effect. I havn;t thought that through BUT the "lovely" purple and green edges on some lenses under some edge conditions COULD be used to advantage by 'a master'[tm].
Note: turn off in camera CA correction first :-).

Distortion effects from wideangle lens and semi-wideangle at close enough range. Used for gotesque/humorous/interesting/unusual effects. SLIGHT spacing out of lens with macro ring will allow close focus distance to be reduced to accentuate these effects.
Subject posing and positioning can accentuate such effects. eg head with person leaning towards lens to further add to distortion of perspective.

Hyperfocal effect allows you to optimise focal depth by focusing at the geometric dcentre of the depth of field range of two objects so both are in focus. One traditional version of this places the far end of the in-focusrange at infinity and then has the close end wherever it falls, so that from that point out to infinity is all in focus.

BUT what I was describing achieves more than that.
In the example I gave, which was based on an actual photo situation I encountered, you can have close smallish object and distant very large objects both in focus with their relative size altered due to perspective and relative proximities.
While this is often used for obviously "trick" shots such as a person standing pixie like on someone else's hand or towering over a known tall building, it can be used much more subtly to increase the relative size of something in an eye pleasing but inobvious manner.

In the example case, gulls were flying over a seaside town with near perfectly conical Taranaki (2nd most perfect in world after Fujisan) some 10's of km away.
Using a 500mm lens the mountain filled much of the field of view and when gulls deigned to position themselves appropriately the resulting shot had them much larger relative to the mountain visually than would usually be experienced. They were not so vast relatively that the "artificiality" of the arrangement was obvious. (May try to find photo concerned and see if it is worth linking to. Better examples exist on web.)

A commonly seen example which we immediately know is artificial but which is pleasing to the eye to the extent that we ignore the obvious "wrongness" are images of an aicraft with the Moon behind it.

Two examples, both apparently genuine. The first - from here is about right - having the aircraft somewhat larger would be OK. 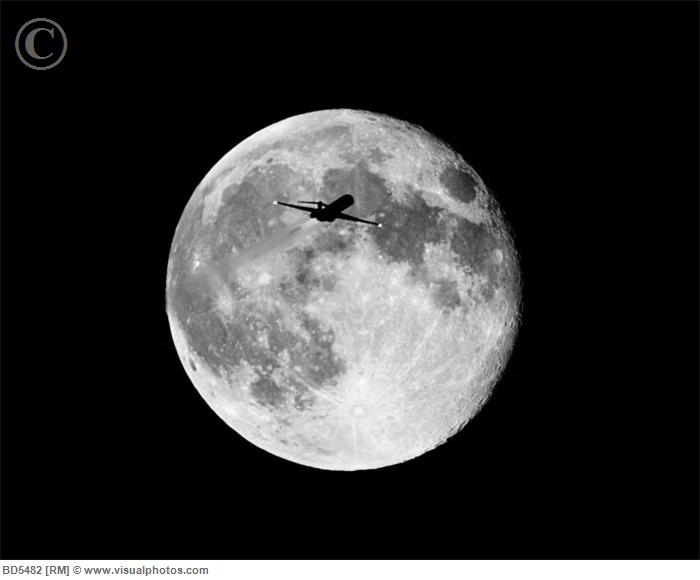 The second is overdone as the photographer notes -

It can be overdone- as here

In short, if you have a lens with a big aperture you just need a pair scissors, tape and black cardboard and you can create a shape that will allow you to deform the light sources out of focus.

Sometimes you notice that the shape of lights takes the shapes of the hole made from the aperture blades, with less blades you notice more this effect because the hole will be less round, so using this you create a shape aperture that is placed in front of the lens.

This tutorial is very cool and simple and it was by it that I made my first bokeh attempt. 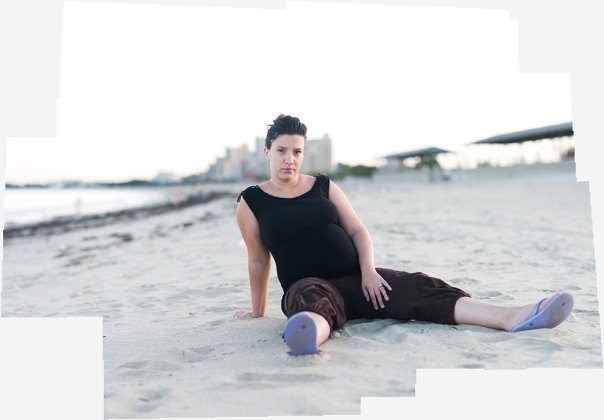 I don't think the zoom effect has been mentioned; in this the subject looks as though it is either moving towards or away from you with motion lines. In order to get this effect, you set your shutter speed to a long exposure and then while taking the shot, between the shutter opening and closing, you zoom your lens either in or out. You need a zoom lens, obviously, and a lot of patience and experimentation, but I have seen some good abstracts done this way. The following is a poor example, but might give you an idea of what I am talking about.

Shallow depth of field is something I really like. It's easiest to create a shallow DOF (where the subject -- and only the subject -- is in focus and the background is out of focus) with a fast lens. Shooting at f1.4 or 1.8 will give you a pretty thin slice of focus no matter what.

You don't need a fast lens to do it, though, just an understanding of how to create the effect. Using a kit zoom at f4 or 5.6 often renders much of the scene in focus, but you can take advantage of the physics to create shallow DOF. Place your subject far forward of your background -- say 50, 100, 200 feet -- and get your subject close to the camera. Focus on their head, if doing a portrait, for example, and the background will be nothing but a blur and there will be significant separation between the sharply-focused subject and OOF background. This creates an effect that makes the subject feel even sharper than it is.

Another useful rule to know: wider focal lengths are harder to throw out of focus than telephoto focal lengths. That is, with a kit lens, 18mm at f5.6 will always appear to have more of the scene in focus than 55mm at f5.6. Go further: shooting at 200mm or 300mm will create a very shallow DOF. Again, get the subject as close to the camera as you can, and get the background as far away as you can.

Focus is critical when going for this effect. On a 1.5x crop DSLR, shooting at 200mm and f5.6 with the subject 10 feet away, the depth of field is just under two inches! That's likely just enough to get somebody's face in focus, so correctly focusing is critical. Similarly, at 55mm and f5.6, when focusing only two feet out, depth of field is about one inch. (Refer to a depth of field calculator to help understand just what is in focus.)

You may add filters in front of your lenses (it still glass element). Some of them give effects that cannot be reproduced in post-treatment, this is the case of polarizing filters or the grey filters allowing you to get long exposure and thus 'fillé'

Not the answer you're looking for? Browse other questions tagged lens technique or ask your own question.

4
Are there cameras which have only bodies, and no default attached lenses?