What are "Depth of field and focus scales"?

I'm reading Kurt Munger's review of SAL75300 (Sony's 75-300mm F/4.5-5.6 lens) and I noticed the entry "Depth of field and focus scales? Nothing" in his summary table. Now, I know what depth of field is but the term "focus scales" is entirely new to me. Incidentally, this is the first lens I'm hoping to buy after getting my camera body with its kit lens.

I searched for the term and from what I gather, this table entry basically says that the lens doesn't have this measure/knob/dial. I'm sorry but I'm really confused about this.

It's mostly useful for film shooters, who had to get the depth of field correct before the shot, because it could be days or months before they saw the result. It's also a convenient way to get the hyperfocal distance for the lens at any given aperture without having to carry any tables with you or do any calculations while you're out in the field. With that big LCD on the back of your camera it's less important for you: just take the picture, zoom in on the preview, and if parts of the image are too sharp or not sharp enough adjust your aperture and take another picture.

So here's an old(er than me) 135mm lens with a focus scale. You can see that it's set at f/16 (the aperture ring is rotated so the dot is above the '16'). The '16' is in magenta, which corresponds to the magenta distance marks on the focus scale. The lens is currently focused to about 9m / 30ft. But the depth of field scale's near and far marks are at 7m and about 12m: so that would be the depth of field if I took a picture with it right now. 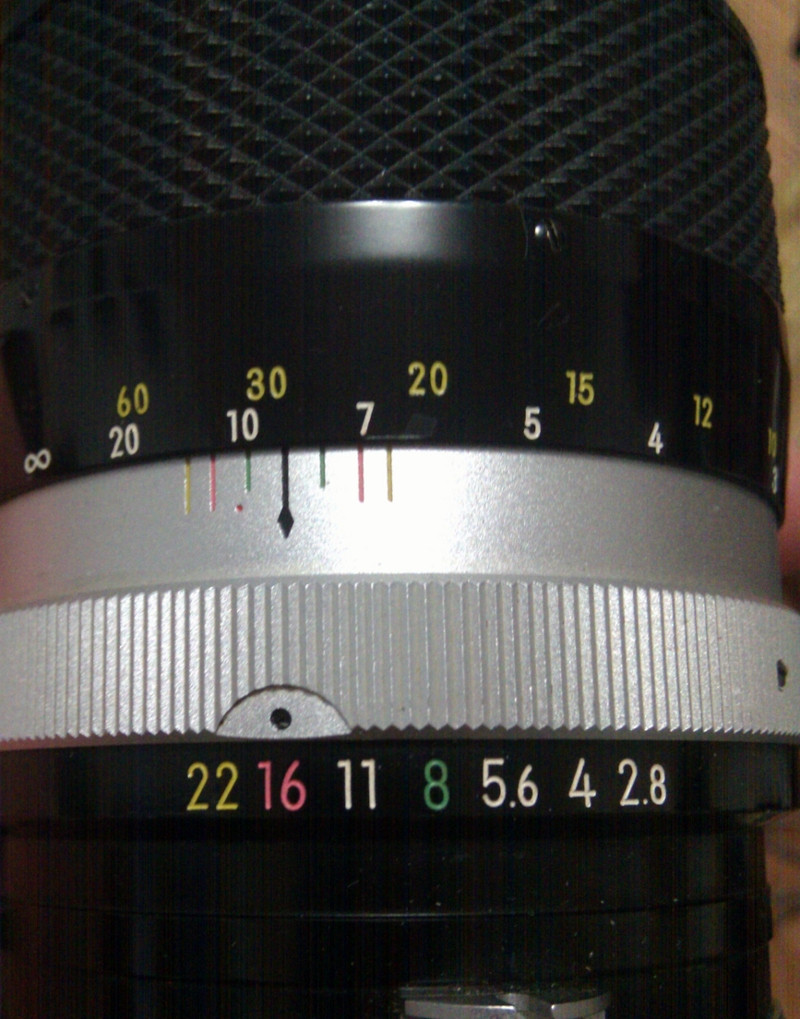 The green marks in the depth of field scale are for focusing at f/8, since '8' is in green, and of course the yellow marks show the depth of field when the lens is set to f/22. (The little red dot is the infrared focus point, another useful bit of information for some people and completely irrelevant for everyone else.)

If you don't need it, you don't need it. I've never used it (on this or any other of my manual focus lenses that have depth of field scales). For some people it's really important, but if you're primarily shooting digital you can ignore it. It's just like everything else in that table, like the number of aperture blades or whether or not the filter ring rotates: it's important to some people, but not everyone; a reviewer writes for his audience so this reviewer must think that some of his audience needs their lenses to have depth of field scales. 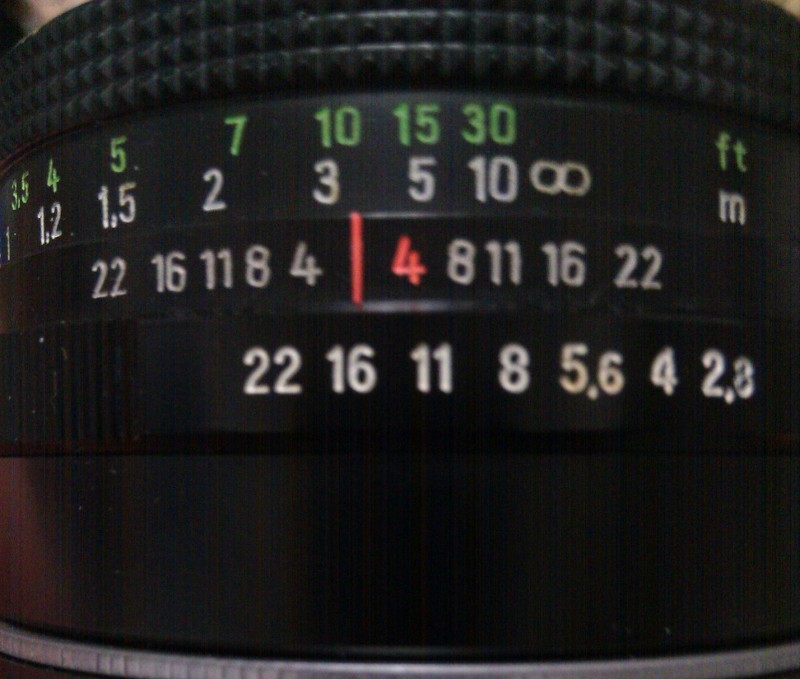 Some lenses have a printed (or otherwise readable) scale that basically tells the photographer how far away the focus point is.

This way, one can estimate the distance to the object and focus without looking through the viewfinder.

I wouldn't worry about the lack of this feature - the scale is so coarse as to be almost useless as anything other that a vague indication of focus distance.

4
What do these curved, color-coded lines mean on a vintage Nikkor lens?
1
How do I set hyperfocal distance meter on a Pentax 50mm lens, if I want bokeh?
1
What are these numbers below the distance scale of my lens?
0
What is that labeled scale on Nikon 50mm f/1.2?