How do you take a landscape photograph with "artistic" lens flare?

How do you shoot a landscape scene with an "artistic" lens flare? Something along the lines of this photo: 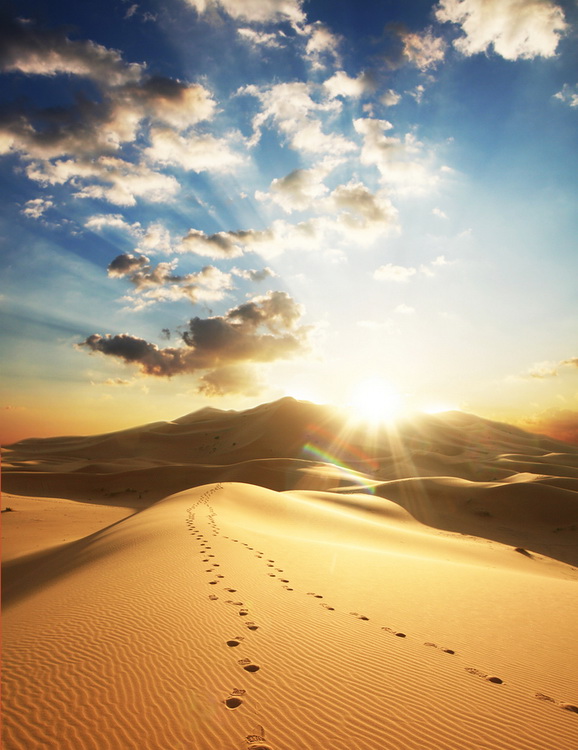 I tried shooting at small apertures but I keep getting "washed out" or extremely large flares. How do you shoot a light source and get a well defined flare, star, or diffraction spike effect?

The main two things that I have found to be helpful when trying to achieve the sunburst effect are:

Some less-essential but still helpful tips are:

The atmospheric conditions will do a lot to define the look of the sunburst as well, for instance in the photo you posted above, the sunburst effect is "caught up" by the high clouds and extends all the way to the top of the frame, while in the picture I posted below, it dissipates much more quickly in the (relatively) cloudless sky. (Don't mind the extra hexagon flares around the sun - I seem to have had some water droplets on my lens) 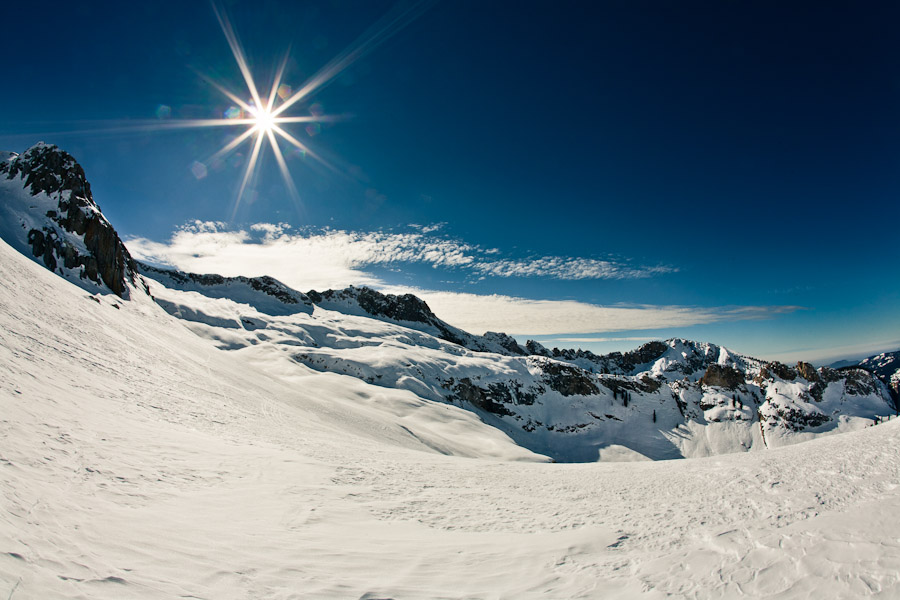 There's only so much you can control with camera adjustments; the rest comes from the nature of the scene.

In this case, for instance, if the sun were marginally higher in the sky, the "glowing ball" at the centre of the flare would not have eaten the tops of the distant dunes. On the other hand, it would probably have increased the coloured repeats, making them more circular and falling lower on the image. And the sun itself, having less atmosphere to penetrate, would have been brighter, increasing the amount of flare, while being higher would have reduced the fine wave detail in the dunes themselves. Letting the sun fall lower in the sky would have reduced its brightness, made the flare redder, and also reduced the contrast in the dunes (which would have been lit more by the sky than the sun). All you can do in-camera is try. It doesn't always work.

For flare-on-demand, you can add the effect in post. At the risk of sounding like a shill for Topaz Labs (I'm not, honestly), you can take a look at Topaz Star Effects. I've never used it, and am not recommending it (particularly, as it doesn't suit my style of photography), but I have seen demos of it and it appears to do what it says on the box. In that case, you'd take a photo that ought to be flareworthy, but without bringing the aperture down to star-inducing territory, then modify the photo using a program that lets you independently control the central glow and the spikes. I'd consider that to be "acceptable professional cheating"—being able to deliver an image the client wants without having to rely on a whole confluence of uncontrollable lucky breaks to get you there.

Use a wide angle lens. Stop down. Don't include the entire sun. Just a little bit of sun peaking around an edge will be more than sufficient. Timing is very important. I would say that even a few minutes earlier (if this is a sunset shot; later if it were sunrise), the photo would have been washed out.

Not the answer you're looking for? Browse other questions tagged landscape lens-flare effect or ask your own question.