How do I interpret individual colors on RGB histogram? 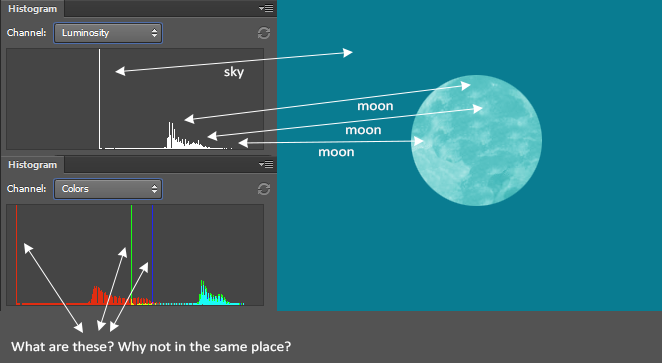 The RGB histogram shows exactly the same 3 'spikes'. What are these? I can tell that they all come from the same 'sky' source, but why aren't they on the same horizontal place?

Simple: the color of the sky is comprised of the mix of all three channels. If it were gray, there would be equal amounts of red, green, and blue. It's not, though — there's a lot more blue, a little less green, and very little red. Pretty much like this:

Check out how the arrows on the slider are pretty much exactly at the same percentages as the spikes in your histogram.

If you put the sliders all in the same place...

...the histogram lines would coincide, but your color would change...

...to dark gray instead of the kind of teal it was in your sample image.

Here's a representation of the digital form of this file. Each pixel is a triad of (red,green,blue), so a teal pixel is represented as( 28,123,142). Because there's only so much room to type, I'm making this very low resolution but you should get the idea. Here, the values go from 0 to 255.

This ends up looking like this tiny little thing:

I don't have the same software you do, but load it in to your program and look at the histogram. The histogram just shows a graphical representation of the counts of each channel at each level. You should see a little bump over to the middle right representing the gray dot, and then spikes at 28 for red, 123 for green, and 142 for blue. Here's what it looks like in the software I have: 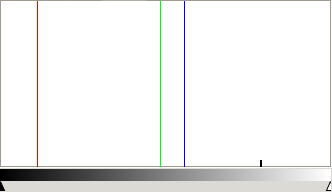 The image doesn't look very red, and it's not. But what red there is is clustered all in that one color, and that's a huge percentage of the image, so you get a spike.

This is a rather technical tool, and while it can be very useful, it doesn't show a nice perceptual map of the colors in the image. That would be a different visualization.

Something that might be more like what you want is called a "3D Color Histogram". The Color Inspector Plugin for ImageJ does this, as does the windows-only program Colorspace, or you can use this web site: http://3dhistogram.com — which I just discovered and which looks pretty nifty (and no-hassle) but is maybe more cool than useful.

In the discussion in the comments below this answer, ClarityForce points out Tyler Neylon's nice open-source implementation of Hue Histograms. There's a "traditional" histogram, a pie chart, and a combined version. The combined version looks great with many real images, but is not so impressive with the sample of the moon image cropped from the one posted in the question. Here's the hue histogram and pie chart from that, though: 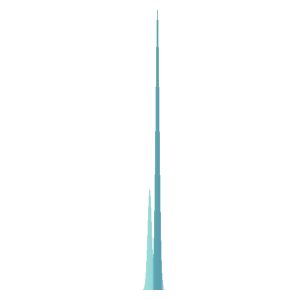 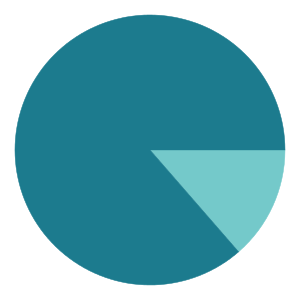 And, just for fun, here's the three types of hue charts it can make for the Mona Lisa: 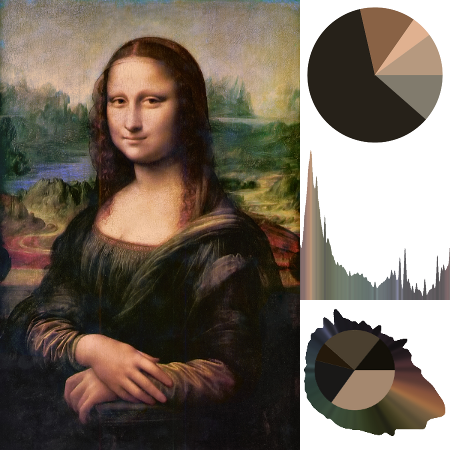 I decomposed your image into its component colors in the GIMP with Color | Components | Decompose, to Color model: RGB and with 'Decompose to layers' checked. When I look at the individual layers, this is what I see: 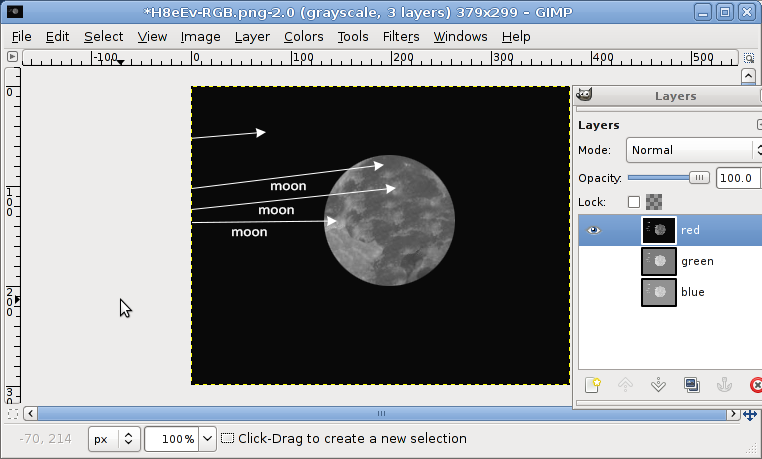 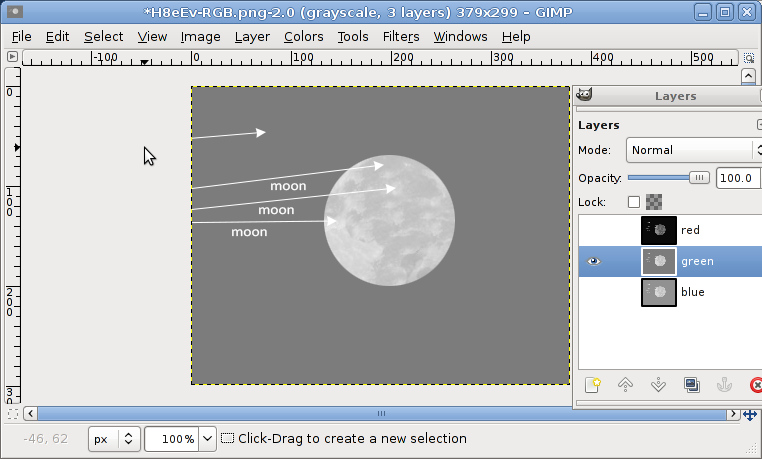 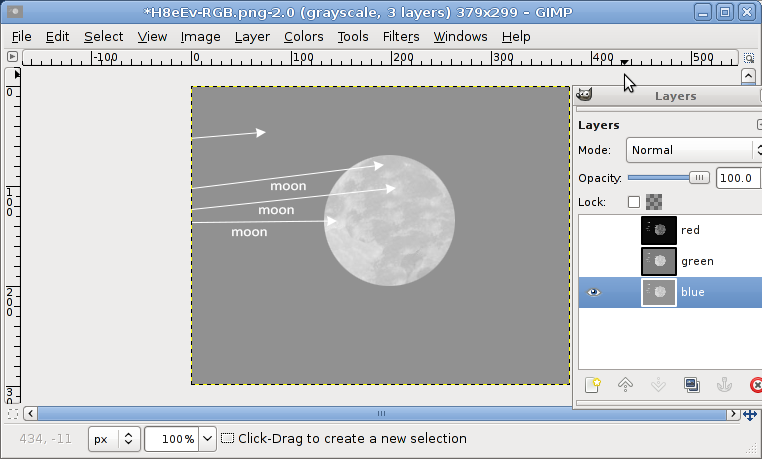 I guess that the bulk of each "color" is going into painting the background; the red layer is making the background all-black, which is why the spike is so far to the left, and the green and blue layers are more mid-grays. But... that's just a guess.

A more interesting histogram for you might require removing the background. I selected just the moon (by drawing a circle with the Ellipse tool), inverted the selection (Select | Invert), enabled transparency for the image with Layer | Transparency | Add Alpha Channel, and then pressed the Delete key to delete all the background. Now I get this histogram of just the moon:

120
How and why do you use an image histogram?
6
Are color and tones in this seascape fine?
1
What does it mean when an RGB histogram and luminance histogram look similar?
2
What is the color structure histogram and how does it work?

5
How to avoid overexposing image using RGB histogram when shooting RAW and using different Picture Controls?
1
What does it mean when an RGB histogram and luminance histogram look similar?
2
How is tonal range of a colored image mapped to a scale of 0-255 in RGB histogram?
1
Humanae pantone colors to RGB conversion
5
Can all colors be described with RGB?
0
How to know correct exposure for RAW shooting when camera show JPEG Histogram
0
Linear regression to correct the colors of RGB images?
2
What is the difference between Photoshop RGB Curve and Lightroom RGB Tone Curve?