What is the relationship of aperture, focal length, and ISO in a SLR?

I was using Nikon digital camera, and recently bought a Canon 550D. I am totally new to SLR.

I am not familiar with SLR terms: Aperture, focal length and ISO, and their relation to one another.

What consideration should I take during

This is a very broad question, and I'm tempted to suggest that you buy and read Scott Kelby's Digital Photography book series. It's not the most technical series, but it gives you a nice introduction and tips for taking photos.

As for the more concrete question:

ISO was (is) the sensitivity of the film in a film SLR. In digital SLRs it's the analogue and digital amplification in the sensor. It's a number that describes how much light the film/sensor need to correctly expose an image. A low ISO will require more light. If you increase the ISO you can have a smaller aperture and shorter shutter time, and still get a correct exposure.

One important variable you forgot to ask about is shutter speed. This is the length of time of the exposure. A fast shutter speed (e.g. 1/250th of a second) will 'freeze' the picture, while a longer (1/5) will give you motion blur in the image. By increasing the shutter time, you can use a smaller aperture or a lower ISO setting.

To get the correct exposure you need to balance ISO, aperture and shutter speed. Most cameras will do this automatically, but with a SLR you can normally also have manual control over one or more of these variables. This gives you more control and "artistic" freedom.

All these effects are balanced:

A typical day time scene requires about f/8 at 1/100th second at 100 ISO for correct exposure. Values are adjusted above or below these settings as light varies.

Many modern cameras can manage most or all of thes parameters for you. As you get used to their affects they become much less challenging to deal with.

Firstly we'll deal with what an EV is:

One measure of light level is an EV or "exposure value".
1 EV is about twice as bright as bright moonlight.

Changing EV by 1 changes light level by a factor of 2, so

Now the relationship to cameras:

A brightness of 1 EV is achieved at aperture of F(1) at 1 second exposure with 100 ISO film or camera sensitivity.

Light input changes with 1/f^2 where f is aperture f number.
This is because the f number relates to the diameter of a lens but area varies as diameter squared.
An f number is often written as eg f8 or f(8) or f/8 but is properly f1:8 or f1/8

SO for correct exposure

Focal length does not enter the equation directly but is indirectly related by the fact that
f = focal_length / diameter
So focal_length = f x diameter
diameter is diameter of lens opening.

What the above says is that the light gathering power of a lens increases with diameter (actually proportional to diameter squared) and decreases linearly with increasing focal length. This result is actually reasonably intuitive if you draw a picrure of a lens which is pointed at an evenly illuminated surface. Lens frontal area directly affects light input. Focal length will affect the angle that the lens system "sees" and the area decreases as focal length decreases.

In practice you work with ISO, shutter speed and aperture to control exposure for a given brightness or EV level and focal length is taken care of for exposure purposes. Focal length has an extremely importnt effect on several inage attributes, but that's a subject for another question. 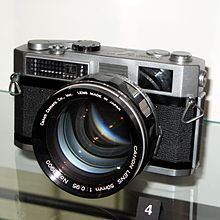 Here's a great website with an interactive simulation that will help you learn how these factors interplay when determining the exposure, depth of field, etc., of your photograph: http://camerasim.com/camera-simulator/

(Disclaimer: I've no relationship to the site, I just think it's pretty cool)

Not the answer you're looking for? Browse other questions tagged aperture terminology camera-basics focal-length iso or ask your own question.

7
What is the focal length on your typical cell phone camera?
5
What is the relationship between focal length and shutter speed?
0
Canon Film SLR 28-80 mm lens with sunfilter; what should be my aperture settings and distance
1
What are the pros and cons of constant-aperture zoom lenses, for a relative beginner?
1
How can I better take indoor photographs with wide aperture and low light?
12
What is the relationship between ISO, aperture, and shutter speed?
0
Why doesn't the focal length in EXIF change when I manually focus my DSLR?
2
focal length to aperture relation while zooming - is my russian lens lying to me?