How is the term Gaussian blur used?

It's not appropriate to use the term "Gaussian blur" for the out-of-focus parts of an image, because "Gaussian" refers to a specific blurring function. It's the same Gaussian curve that you may know from the "normal distribution" or "bell curve" in statistics. A bright point that's smoothed by a Gaussian will taper smoothly from a bright center to a dark edge. 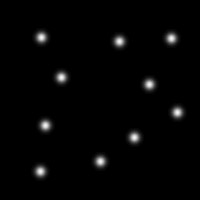 Example of bright points with Gaussian Blur, made in the GIMP.

The out-of-focus parts of your photograph are not smoothed in the same way. Instead, an out-of-focus bright point in your image will appear in the shape of your aperture. So if your lens isn't stopped down, it will look like a bright circle. It doesn't taper smoothly from the center to the edge like a Gaussian does. (If your lens is stopped down, you'll get a polygon instead of a circle—for example, a hexagon if your aperture has 6 blades. But the same point applies: It doesn't smoothly taper from bright to dark like a Gaussian does.) 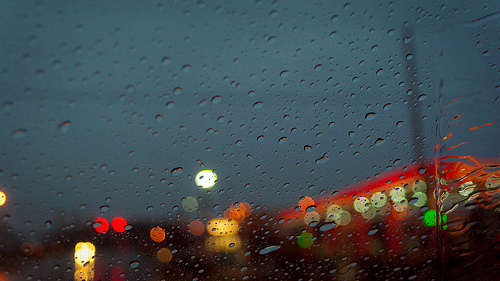 In the above picture, notice that the out-of-focus lights are evenly filled circles, not Gaussian profiles (which would fade gradually from a bright center to a dark edge).

Bokeh is the shape of out of focus source of light, depending on the mechanical features of your camera.

As you can see, the two are completely different things.

Not the answer you're looking for? Browse other questions tagged post-processing terminology focus bokeh or ask your own question.

121
What is bokeh, exactly?
27
What's the difference between Bokeh and Gaussian Blur?
2
What is the the product of two Fast Fourier Transfoms?

47
How can I maximize the "blurry background, sharp subject" (bokeh) effect?
121
What is bokeh, exactly?
4
How can I defocus part of an image in-camera separate from depth of field effects?
20
Bokeh of the human eye - How does it look like & vary across apertures and individuals?
1
In an out-of-focus photo, why do lights look different than normal/dark areas?
1
Tricking compact's camera autofocus
4
Synthetic bokeh: linearly intensify bokeh/blur from e.g. detected contrast or bokeh circle sizes
1
How do I blur the background around an object in post-production?
13
What algorithm can I use to simulate bokeh?