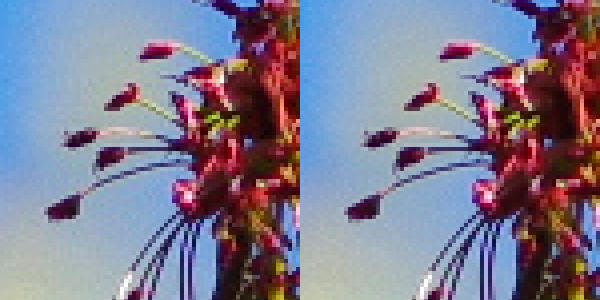 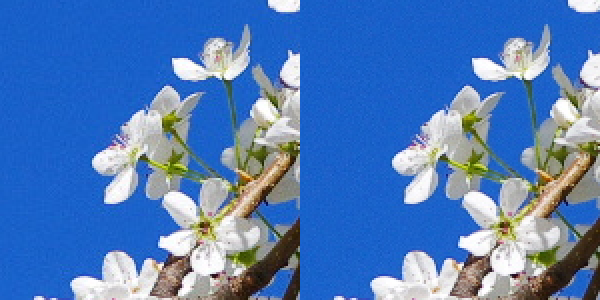 2
Should I use "Super Fine" or "Fine Quality" setting on Samsung S1050 camera?
35
Why store both JPEG and raw?
33
What factors cause or prevent "generational loss" when JPEGs are recompressed multiple times?
5
My mentor says to set image to Fine instead of RAW — how is this different from JPG?
10
How do I choose which resolution (megapixel) and compression (normal, fine, superfine) to shoot in?
4
Why are JPEG images from camera huge and the same images exported from Vistaprint software 10 times smaller?
4
Quality of JPEG directly from RAW+JPEG versus JPEG embedded in RAW of RAW+JPEG?
2
Why do white flowers always have a weird surrounding "glow"?
1
Why doesn't PNG show more detail than JPEG in a converted NASA image?
3
How to get the largest size file possible from my DSLR for a large advertisement print?
See more linked questions

6
What tool produces better quality jpeg: Lightroom or Imagemagick?
4
What image quality is lost when re-saving a JPEG image in MS Paint?
1
Can firmware upgrades significantly increase JPEG quality?
1
How to preserve image quality when exporting psd file to jpeg?
25
Does simply opening and closing a JPEG file decrease image quality?
6
How does the usual jpeg 0-100 quality settings translate into Photoshop's 0-12 quality setting?
5
Does writing EXIF tags influence jpeg quality?
4
Quality of JPEG directly from RAW+JPEG versus JPEG embedded in RAW of RAW+JPEG?