What is a “Slanted S” in a curves layer?

I am trying to do a Photoshop tutorial, seems easy, but I can't understand one phrase: `First, I add a curves layer and create a slanted S. What does slanted S mean? Maybe I should "write" S in curves editor?

P.S. The tutorial is big, and you can use Ctrl+F to find an occurrence of this words in the text.

I just don't understand the meaning of "Slanted S". It's just my assumption that it means draw an S-shaped curve.

Use 2 points to create an 'S' shape in the curves editor.

So basically the curves editor is a chart. For each pixel in an image, its brightness is represented by a number from 0 to 255. 0 is pure black, 255 is pure white, and everything in between is a shade of grade gray.

This works in color too because images have 3 channels of color red, green, and blue, and each of those will be 0-255. This is why you can apply curves to all channels at once, or red, green, or blue individually.

So, what does the curves actually do? By default, nothing. You start with a straight line on the chart, where every input is the same as the output. 0 is 0, 128 is 128, and 255 is 255. When you change the line, you are changing the output for any given input.

So, in the link I sent you can see that the input is 144 and the output is 189, this means when photoshop sees a pixel with a value of 144, it raises the output (brightness) to 189. Because the line is curved, everything around it is affected too, though becoming less affected as it gets farther away from your point.

So in a nutshell, for an s curve, you create 2 points, one in the highlights where you make bright pixels brighter, and one in the shadows, where you make dark pixels darker, while values in the middle remain mostly unaffected. This increases overall contrast in a pleasing way.

Hope that helps a little more.

The curves tool stretches or compresses ranges of input tones according to the line you draw. Because it represents a mapping, it's nonsensical for the line to go backwards horizontally — which means you can't possibly draw a "proper" S — you have to draw one that is tilted (that is, slanted) to the right.

These examples are in grayscale because you can actually apply curves separately in each color channel; having it gray makes the example more straightforward. I'm also making more extreme curves here than one would in real life. Anyway, here is a "neutral image", straight from RAW conversion, along with the straight-from-the-bottom-corner-to-top-corner "curve" (a line is a kind of curve!) that represents no adjustments: 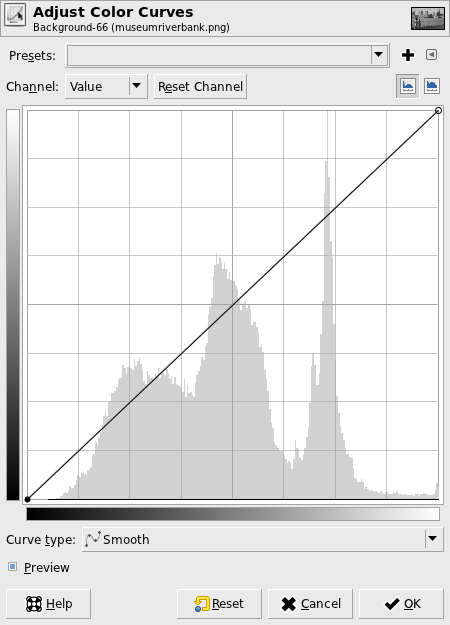 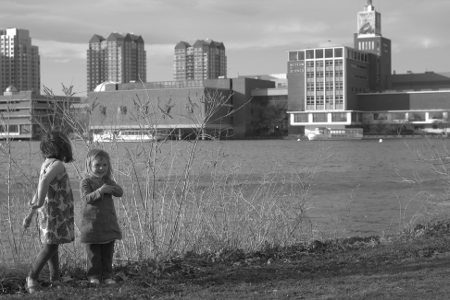 One can dramatically increase the contrast by compressing the range of levels, done easily by moving the start- and end-points inward. This is similar to (but more extreme than) what you will get by hitting "auto" in the Levels dialog: 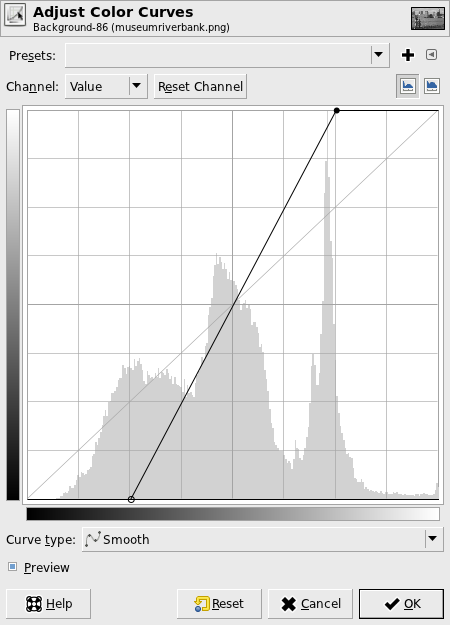 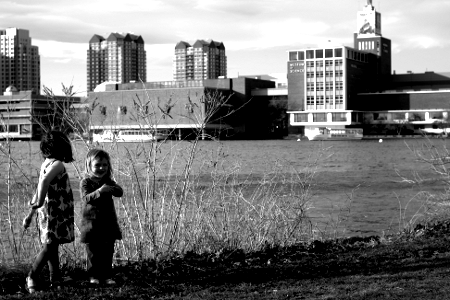 But in doing this, we've clipped the highlights and shadows significantly, discarding all detail in the bright and dark areas. An S curve makes this more graceful: 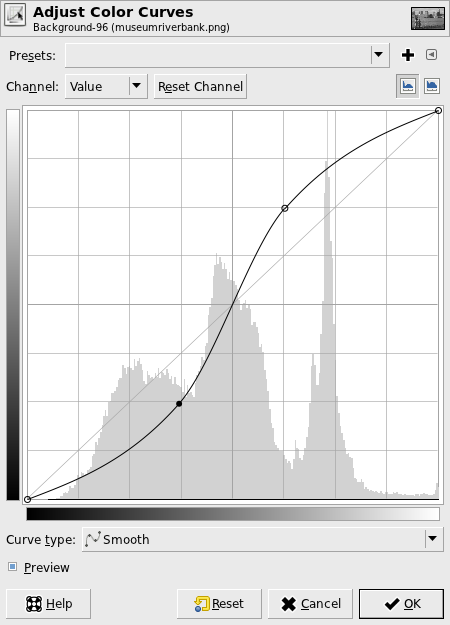 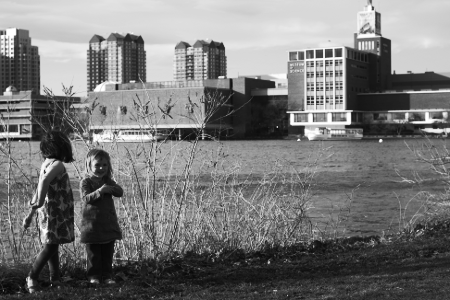 Still a lot of contrast, but more detail in the shadows and brighter areas like the sky, and a much more graceful transition between them. Now, were I working on processing this for real, I wouldn't make the curve perfectly symmetrical like this, and I'd pay more attention to bringing out the detail on Anya's face. (In fact, I'd do that before grayscale conversion, but that's a whole 'nuther topic.)

And, as a final exercise, back to the original question, what happens if we try to draw a non-slanted S? We can't perfectly, because the retrograde lines are impossible, but we can make the center line straight and draw the top and bottom curves attached to that....: 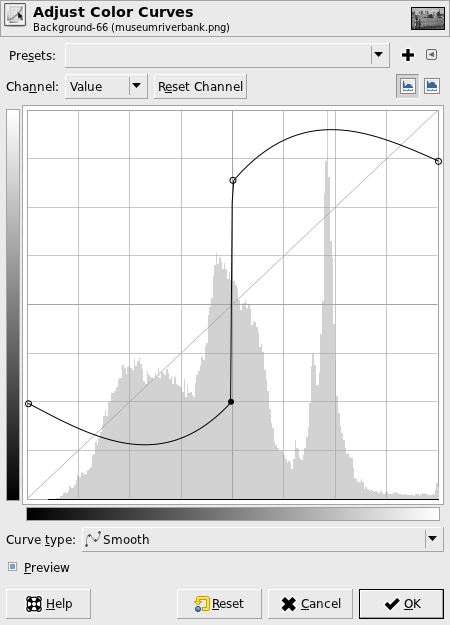 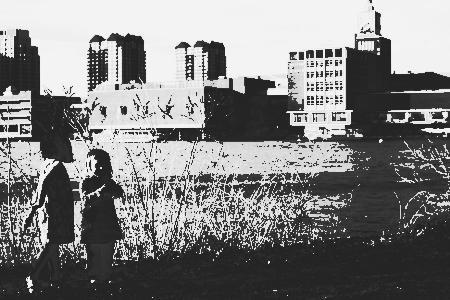 This does horrible, strange things to the tones in the bright and dark areas, and completely compresses the midtones. It's fundamentally non-nonsensical — although one can use the tool in this way, I can't imagine a case where it'd be actually useful. And that's why you want a slanted S: it happens to be the adjustment shape that increases contrast with graceful transitions.

Not the answer you're looking for? Browse other questions tagged photoshop tutorial curves or ask your own question.

15
Could I have taken this landscape shot better with my P&S, or do I need a better camera?
13
How does the Curves tool work in GIMP?
8
What does it mean to shoot in flat colors?
1
How can I make sure a dark background comes out pure black with a smartphone?
7
Is it worth upgrading to more expensive software for B&W processing?
2
How to retouch to correct lights from an amateur photo shoot?
1
How can I improve the composition of this photograph of a lake and structures off of its shore?
-1
What is this low-quality, fuzzy filter called? And does anyone know how to apply it to your own photos?

10
Preserving texture in shadows with levels/curves
2
How exactly do RGB curves work and interact w/each other in Photoshop?
4
How to interpret various curves present in post-processing applications?
0
Does the curves tool in Photoshop (or any software) do anti-aliasing?
12
How are the levels and curves tools related?
0
Programming curves tool how to work with RGB (combined) channel
9
What is the difference between levels, curves and contrast settings in post processing?
1
Levels and curves
2
Why does Photoshop Curves in 16 bit color depth still use tonal range 0 - 255?