How to improve the composition flaw in this candle photograph?

it's unbalanced. It almost looks like two images beside each other - one of the lying down candles and one of the upright candles.

Now, when I look at this picture, I feel the same. What can the way by which this looks like one photograph and not two placed side by side?

The story here is "Life cycle of a candle", and I wish to maintain it. 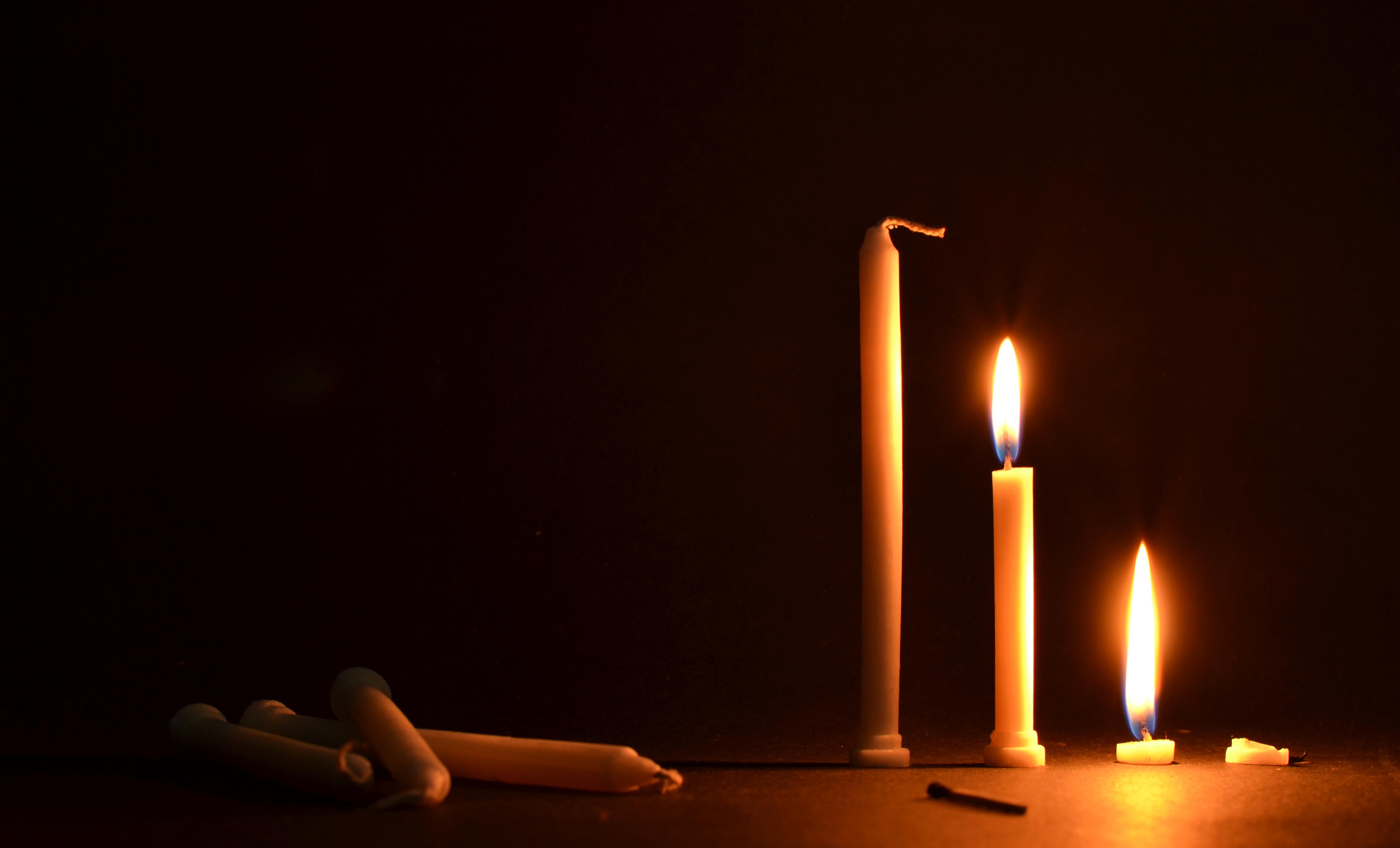 (critique-wise: Bah! It's fine as-is. I think that juxtaposition is what makes it a good picture; fluf's implementation of intoTHEwild's idea fixes the flow, but ruins the feel of this image.)

In my mind, the "two [separate] images" is due to the different noise levels (which you've already asked about) on each apparent half of the image: because there is a lot of apparent noise between the two sets of the candles, at a quick glance the picture feels like two separate ones.

The very-wide (1.65) aspect ratio doesn't help matters: the aspect ratio is pretty close to what you'd see from two 5x4 portrait photos sitting side-by-side. On a movie screen that aspect ratio would look great, but in a picture, it's unusually wide. You could try to free up some space in between the candles to get to a more-normal landscape aspect ratio, but I personally think it ruins the feel of the picture: 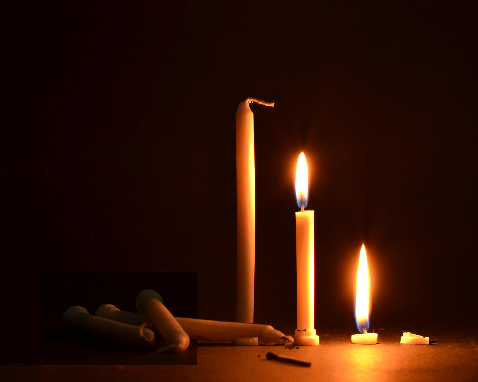 I would suggest moving the right part of the image to left and left to right. so the fallen candles would be on the right side, arrange them in a way that it denotes rise of fall. if we could arrange the candles properly i think it would complete the story. 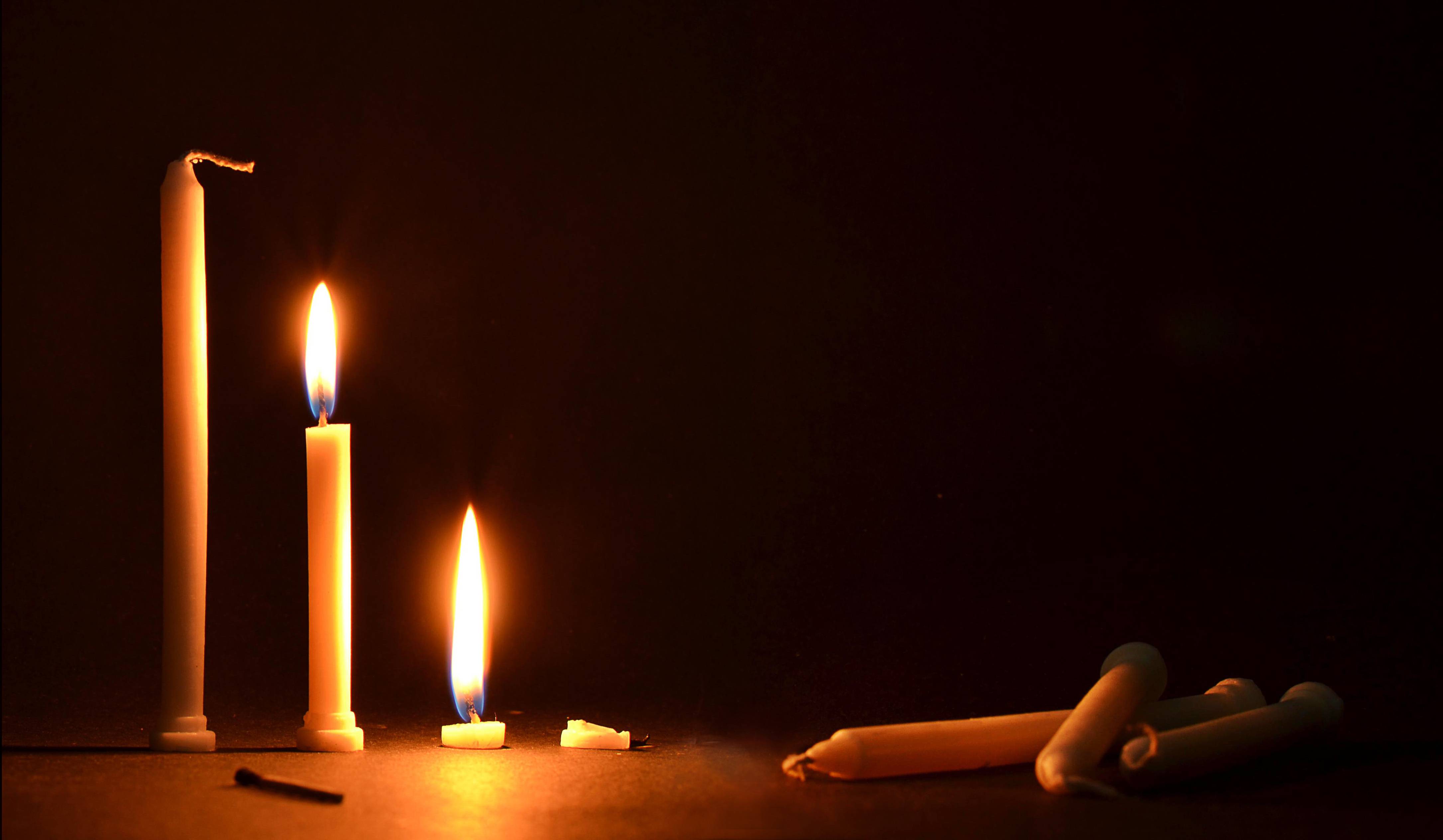 You have a nice progression on the right, a strong diagonal line, and bright flames that lead the eye.

I think story-wise, the candles on the right tell the story, and the ones lying down don't add that much. They may have some significance, or they might create some mystery about what they mean, but I think they damage the composition more than they help the story.

If the left half was just blackness, there would be nothing to distract the eye, and I think the negative space might work, at least some amount of it. But the dark jumble of candles does detract from the strong compostion to the right.

If you don't want to remove those candles, you could place them in the foreground in front of the lit candles, or you could crop half of them out (cut off the left third of the image), or you could change the perspective and shoot it from the right, so that the candles that are lying down are out of focus in the background, like this horrible sketch depicts: 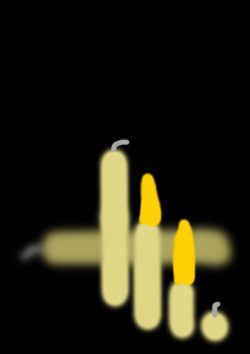 5
Whom to avoid and whom to pay heed to, while getting a critique on my photograph?