What is causing this discoloration of water droplets in bright sunlight?

When shooting whitewater with the NEX-5n, I have noticed an artifact where the surface water reflections are colored purple. The strange thing is, it occurs 90% of the time, but some photos (even sequential rapid-fire photos 1/12 second later) will not have the artifact. Any idea what could be causing this? Brand new camera and lens, suspect camera is culprit since sequential photos and separate lenses may or may not exhibit this (making lens unlikely). Examples: 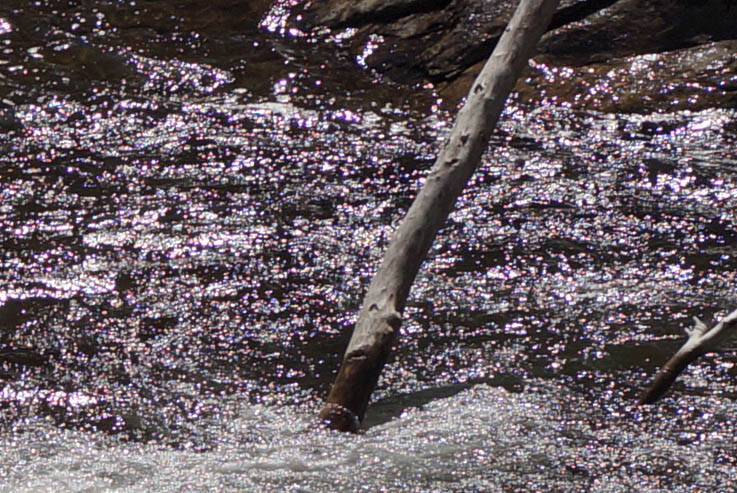 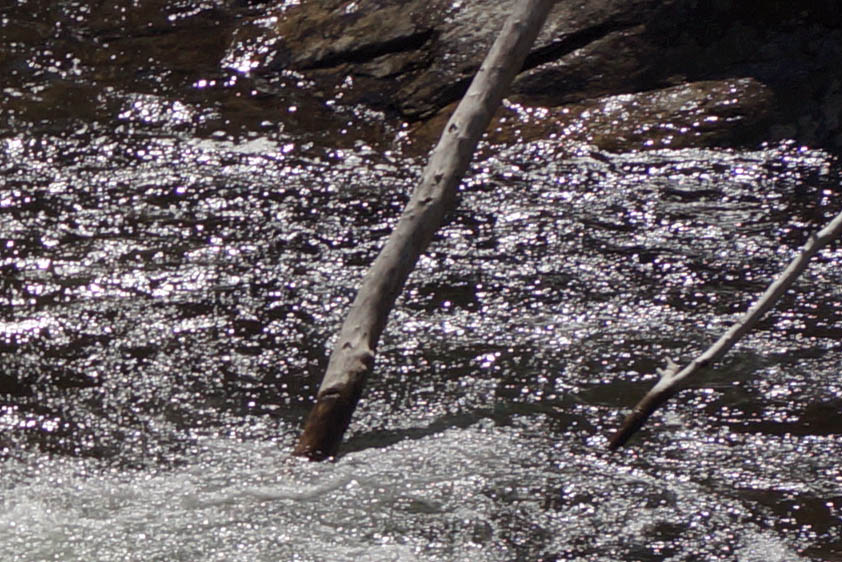 This is called Purple Fringing. "Purple fringing" is a spectral phenomenon which it occurs (it doesn't all the time! It's very dependent on the conditions) it is visible in big sized displays or prints. The smaller, the less visible. In practice, that limits the number of times that it is a problem!

Purple fringing usually occurs in high contrast parts of pictures where different kinds of light, with differing wavelengths and therefore differing breaking indexes, 'meet'. E.g. shooting up through a tree with patches of very bright skylight coming through, you may see purple fringing at the edges of leaves.

You can avoid it by shooting it at smaller aperture (you were shooting at f4 - try f/5.6) or by shooting in RAW and then in post processing part.

I've usually seen purple fringing in aperture such as f/1.4 or f/1.8 but f/4 is kind of odd. You may consult your lens manufacturers guide too.

This looks to me like either lateral or longitudinal chromatic aberration.

Lateral chromatic aberration occurs in a lens system when the lens does not have exactly the same magnification for light of all wavelengths. Hence the image in red light is a different size to the image in blue light, and so white highlights have fringing.

Longitudial chromatic aberration occurs in a lens because the different wavelengths of light don't come into focus at precisely the same distance behind the lens. In other words, (say) the green light is in best focus and the red and blue light is a little more out-of-focus.

I think you should be able to distinguish these two cases; if the purple fringing occurs behind, say, the focus point and there is green fringing on the near side of the focus point, then you're looking at longitudinal CA.

[edit: also for the opposite way around, purple in front and green behind, as turns out to be the case here; the point is that the aberration depends on distance behind/in front of the focus point.]

Otherwise, if there is no in-front/behind pattern to the fringing, it's probably lateral CA.

As Hasin suggests this doesn't always happen. Or rather it does always happen at wider apertures, but it's not always visible. It's more visible in areas of strong contrast: sunlight on water, silhouettes, and that kind of thing.

If you are shooting in conditions where you worry that either type of CA may be a problem, just stop down; stopping down reduces the impact of almost all types of optical aberration.

Some (but in 2012 by no means all) digital cameras include image processing code to reduce lateral CA (but not longitudinal CA, since that simply affects the colour of everything in front of or behind the focus point).

There's a good article on this here: http://toothwalker.org/optics/chromatic.html

Turning off the electronic front shutter can help quite a bit with this issue, as can a polarizer because it will help take down those reflections.

Seems to be something about the NEX-5N and adapted lenses that creates these issues. I've used the same lenses that I used for years on my Nikon D700 shooting whitewater and never had a problem on that body. When I put the same lens on the 5n I get CA sometimes.

It's likely chromatic aberration correction. The camera will automatically detect colored fringes due to chromatic aberration, a lens artifact, and apply non-local corrections to counter them. This automatic detection and correction will be confused by the rainbow-colored artifacts of water droplets in light. In some images, the camera might correct for the "artifacts" introduced by the water droplets rather than the lens, on others it probably doesn't.

Try processing raw images and varying the chromatic aberration correction settings of the raw processor and see whether you get different results from the same kind of images.

Not the answer you're looking for? Browse other questions tagged chromatic-aberration reflection or ask your own question.

8
What is this red/blue effect called?
12
What is causing this extreme glossy effect when using a polarizing filter?
7
What could cause this visible artifact which seems to a be a glowing inverse of something outside of the frame overlayed on this photograph?
12
Different colors of light are disrupting my focus. What lens feature minimizes this?
5
How do I recreate this type of photograph - watches reflected in water
3
How can take a better picture of this creek under bright sun light and dense vegetation on banks?
2
What is the explanation for the vertical cutoff in this reflection?
1
What to look out for when shooting in direct sunlight, causing hard shadows and shiny patches on water?