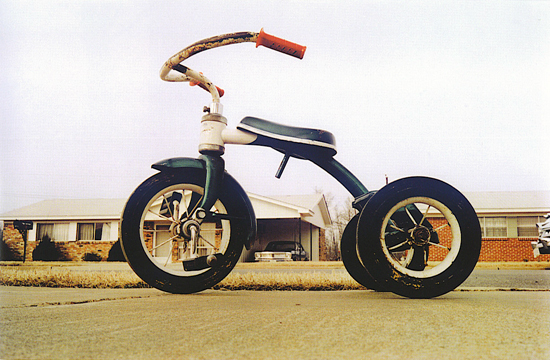 As art it works, not because of its intrinsic brilliance, but because of whatever the viewer brings to its interpretation.

13
Why is "fine art" photography predominantly in B&W?
3
How to show the theme "What happened??"
10
What was the "New York School" of photography?
2
How to compose a scene which doesn't have any apparent story?

37
What makes a photo a good photo?
11
What can a photographer learn from art history?
3
What photographer took this mid 20th-century color photograph?
10
What was the "New York School" of photography?
4
What process was used to make this glass plate?
3
Why do the people in this old photo look so... photoshopped?
6
What was Bob Parent's "Signature Technique," and how is it visible in this (linked) photo?
8
Who were the Bauhaus photographers and what was their impact on commercial and artistic photography today?
6
What kind of photography is this?
2
Is it still possible to do great use of a Nikon P500 CoolPix?