Is Flash a Must-Have For Macro Photography?

I want to start into macro photography this year so I've chose the Canon EF 100mm f/2.8L Macro IS USM lens to start with (I still haven't bought it since I'll do it next week, which I'll be in the US), but a friend that is really into urban photography suggested said to me that a flash is a must-have for macro photography.

The problem is that I don't like to use flash (examples), so I wanted to know if it's really a must or only a matter of choice.

flash lighting macro
Share
Improve this question
edited May 25 '12 at 13:22

I am not an expert macro photographer, but from my little experience I've understood that flash is NOT a must. However, in macro photography often we have to deal will DOF too shallow and even a mili-meter movement can change your focus drastically. For this, often you'll end up using f/11 or even higher to ensure that all parts of the subject you're shooting are in focus. Keeping f/11 and still getting a moderately fast shutter speed to avoid hand shake/movement blur isn't much of a problem in bright and sunny days but can cause you trouble if theres not much light or event its a little cloudy. So, its safer to carry a flash around, preferably a ring flash for macro shooting. Thus you don't take the chance and increase your keepers whether its broad daylight or cloudy.

Let the kinds of pictures you take determine the answer.

Years ago, with a film camera, I took thousands of photos using a Canon 100 mm f/4 macro lens. Not a single one of those in the macro range was taken with flash. The film speeds varied from ASA (=ISO) 25 through 400. They were primarily outdoor shots of flowers and other small things (insects, etc.); the other main usage was portrait photography (100 mm is great for that on a full-format sensor).

Most of the time there were no problems. I preferred taking photos of things in their natural environment, with little setup or arrangement, and using natural light instead of flash emphasized that. It was not easy getting shots during bad weather on the forest floor, where it gets dark, but usually a tripod would take care of that: plenty of shots were successful at 1/8 and 1/15 second exposures. (There's an example here]. The main problem is wind: you need about 1/200 second to freeze a flower when it's blowing around. With your camera and lens combination, though, the lens is one stop brighter and you can easily push two more stops to ISO 1600, so what I was shooting at 1/30 second you can shoot at 1/200 second (with a bit less depth of field).

Another consideration for me is that this macro was so versatile it became my walk-around lens. It would have been unwieldy to carry along a macro flash with it. I could take trips into the woods lasting weeks and photograph everything I saw, from the very small to the very large, with this lens (and two other small, lightweight primes at 28 and 55 mm), and not feel burdened by the weight and without needing any battery replacements. The equivalent combination for the 60D, in terms of covering field of view, would range from about 18 mm through a 60 mm macro. If you supplement the 100 mm macro even with the kit 18-55 mm lens, you have that range covered plus a light telephoto: there's an awful lot you can do with that setup.

The other reason to use a flash is obviously that it lets you control the lighting of your subject in greater detail, same as for any other style of photography, though using a flash is only one of the methods available to you for doing so.

Note that for extreme macro shots, you're not likely to get good results from a flash mounted on your camera (or built in) as the lens may block light from the flash. You may want to use a flash off camera (the easiest option being using a TTL cable), or if you're serious about macro photography, get a dedicated macro flash kit that attaches to the front of lens rather than the camera.

It depends on what you call "macro photography". Living subjects at this size move fast and you need to stop down a lot for sufficient depth of field. Here is an example shot I made today: 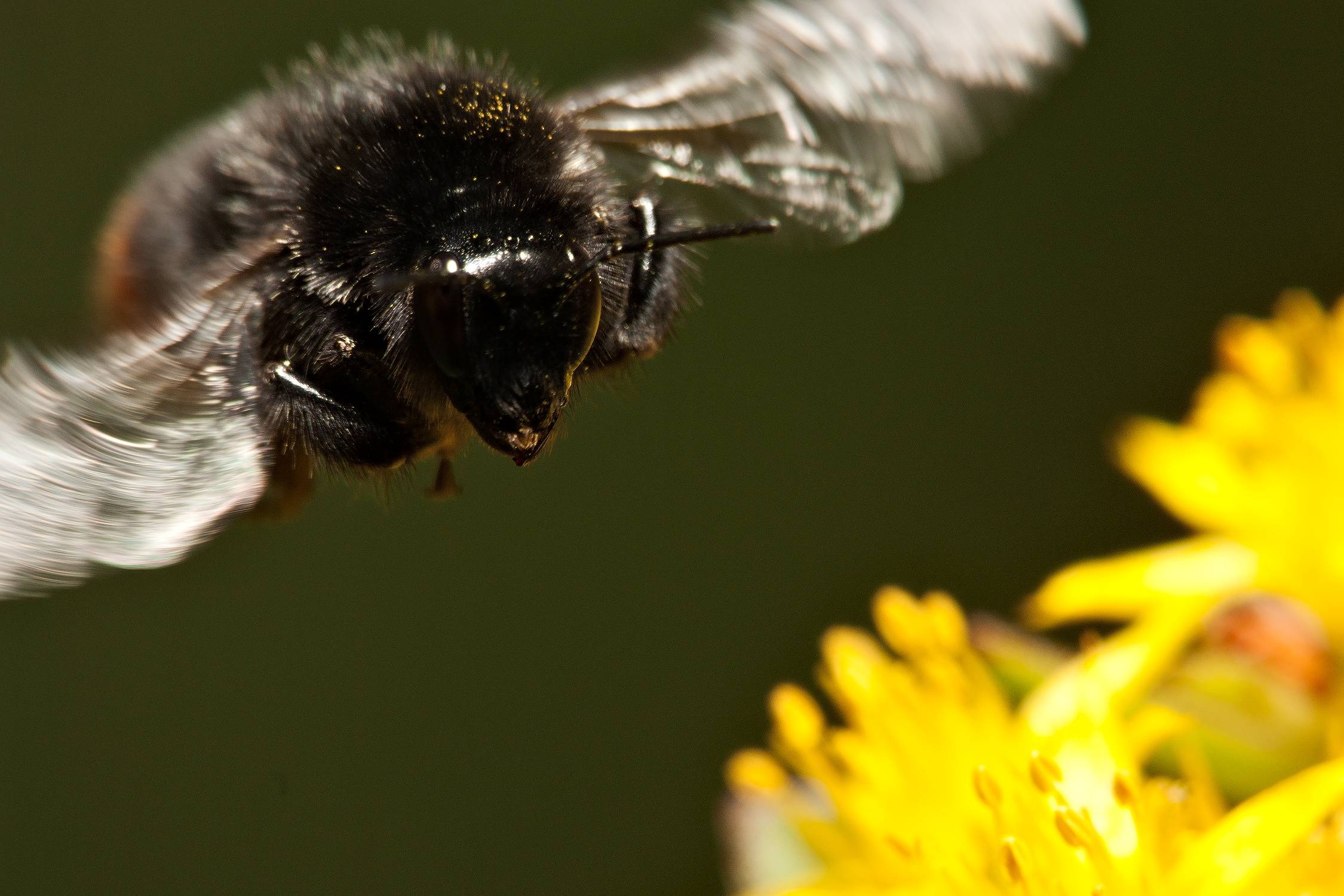 Getting those amounts of light on the target in such a short amount of time just is hardly possible without the use of a flash. While more modern cameras will produce nice pictures at considerably higher ISO values than I used here, they also offer shorter exposure times that again make it desirable to get a lot of light in very short time spans.

It's not a MUST have but doing macro photography you often have problems with a too shallow depth of field (making you unable to have your entire subject in focus).

A flash can help you mitigate this: having more light you can afford closing a little more the diaphragm (higher F number) which results in a bigger DOF.

If you decide to buy a flash for macro, consider getting a ring-flash. A normal one, used from a short distance would cause harsh shadows on the subject, making difficult to see details in darker areas whereas a "circular" one will create a more even lighting.

Not the answer you're looking for? Browse other questions tagged flash lighting macro or ask your own question.

7
Are there macro focusing techniques for handheld shots?