How do I make architecture appear larger?

I need to know whether there are any techniques to make a building appear larger. I need to film a house; inside and outside.

For outside I've thought about positioning the camera low down on the ground, is this a technique that photographers use? I am wondering about wide angle lenses, wouldn't that make the house appear smaller? I reckon a wide angle lens inside is a must.

I'm also thinking about Depth of Field, and whether that would have any positive or negative effects?

Any tips and links to techniques or ideas, would be great! I will be taking video rather than still shots, but the same principles still apply

There are plenty of techniques to distort the size of objects in photographs or cinema that are as old as the hills. The best and most used is forced perspective.

The brain is hardwired to make scale conversions based on distance, so if you can place an object close to the camera but conceal it's actual distance then the brain will perceive the object as being much larger than it is as the increase is size due to perspective is mistaken for an increase in object's actual size:

Here a person is placed closer to the camera than the tower, by cropping the persons feet out of the shot the difference in distance is masked causing the person to appear much larger (ok maybe not ;)

Other than that there are POV (point of view) techniques that trick the brain as it will assume the footage is shot from head-height. Shooting up with a wide angle lens will invoke this effect: 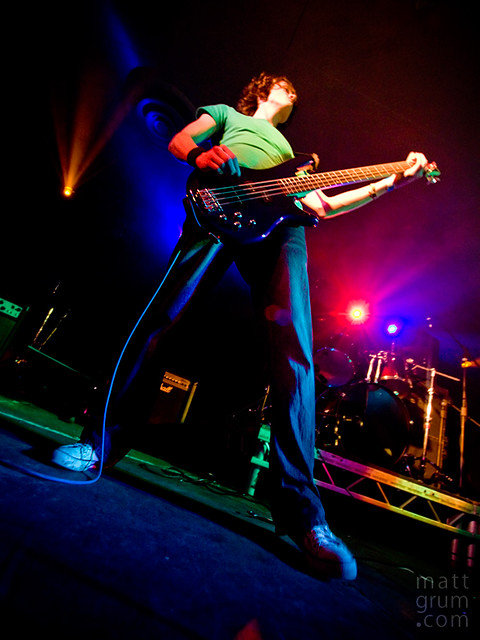 Depth of field usually has the opposite effect, as in a very shallow depth of field tricks the brain into thinking something is very small:

Other answers already covered the technical aspects of making things look bigger but there are also other non-photographic tricks:

And, yes, definitely go wide-angle with a low shooting level. Keep things near the foreground and background, so that people get a better sense of depth.

Watch out though, the further in front of the camera you make the fixed point the more you will be misrepresenting the space and the easier it will be for the viewer to notice something is off.

Not the answer you're looking for? Browse other questions tagged video wide-angle architecture or ask your own question.

40
How to get a miniature effect on pictures without special equipment?
5
Do I need a telephoto lens to make objects in the distance appear closer?
3
How can I make close-by objects appear as if they were much bigger?

2
Interior/architecture lighting solutions?
5
How to use wide-angle lenses on cloudy days?
8
how to make a grey warehouse exterior interesting
1
Wide angle or ultra-wide (fisheye) lens for interior and exterior architecture shots?
1
Will a 14mm f/2.8 prime be useful for nearby action shots?
1
Why would an orange spark appear blue in a video?
1
Why doesn't Nikon offer a low-priced wide-angle, low light lens — and what are my alternatives?
4
How to make an architecture photo stand out?
6
Why do lenses for larger sensors tend to have shallower angles?
3
How do I choose between an ultrawide zoom or the kit zoom as a beginner interested in architecture and landscape?